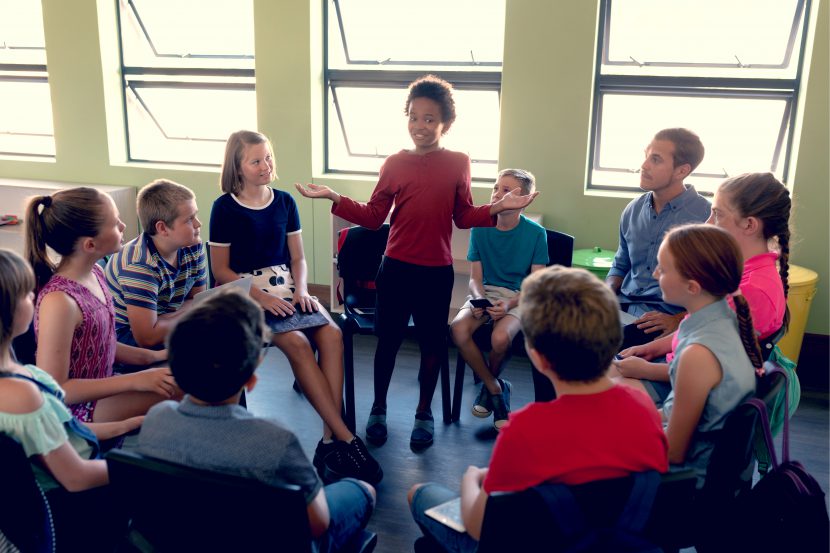 On 1 April 2021, the European Union and the Council of Europe launched the joint project ‘CP4EUROPE’. This project seeks to improve the means and opportunities for child participation (Council of Europe, 2021). Although participation is considered to be a fundamental right of the child, there is still an increasing need for projects which would include this fundamental value, even after more than 30 years since the Convention on the Rights of the Child (CRC). This begs the question – given the value of child participation, why is this right yet to be effectively realised?

Although this might sound straightforward, projects such as CP4EUROPE indicate that this is not the case. Asking a child what their view is on a certain subject does not sufficiently satisfy the requirements for participation, these views must also be taken seriously. In other words, the views expressed by children in the framework of participation should not be simply disregarded. Otherwise, participation would not be meaningful and it would have no value. In order to be meaningful, participation should contain three core elements; informing, hearing and involving (Bouma et al., 2018).

The first element prescribes informing the child on their participatory rights, the possibilities to participate, the focus of the participation and the consequences their input could have (UN Committee on the Rights of the Child, 2009). Lastly, the child should be informed on the decision taken and if, or to what extent, their input has impacted the decision taken. The second element considers that children must not only be given the opportunity to be heard but should also be encouraged to do so (UN Committee on the Rights of the Child, 2009).

It is important to bear in mind that, although they have the opportunity to do so, children should be free in choosing to express their views (Bouma et al., 2018). The final element calls for the involvement of the child in the entire decision-making process. This ties in with the first two stages and dictates that participation is not a one-off event but entails a continued involvement of the child (Bouma et al., 2018). Thus, in order for participation to be truly meaningful, the child should be informed, heard, and involved at every step of the decision-making process.

The value of child participation

Unsurprisingly, meaningful participation does not only benefit the child. It has proven to benefit society as a whole (Lansdown, 2011). There are numerous case studies that have shown that meaningful participation has had a positive impact on local communities (Lansdown, 2011). An example of such impact can be found in Colombia, where schoolchildren have developed a forest conservation programme (Hart, 2013).

During the course of this programme the children, working in close collaboration with the local community, educated the adults on sustainable use of the forest, while scores of native trees were being replanted. In addition to empowering the children, participation of children resulted in an opportunity for the entire community to learn. To become better.

The obstacles to effective realisation

The failure of existing frameworks

So, why is there still a need for projects such as CP4EUROPE? The truth is that many existing frameworks fail to effectively realise meaningful participation (Janta et al., 2021). A number of issues have been identified, but there are two reoccurring themes that can be observed; participation of the child is often tokenistic in nature and usually only a certain group of children are given the opportunity to participate.

These frameworks fail to implement the three elements of meaningful participation. This could exacerbate the sense that the child’s view does not matter or that it is not taken seriously (Lundy, 2007). As a result, children become unwilling to (seriously) participate in future processes, rendering participatory frameworks pointless (Lundy, 2007).

Even if the views of children are genuinely taken seriously, a selection bias during the selection of participants, results in an unbalanced representation of the children affected (Janta et al., 2021). This bias is twofold. Firstly, marginalised groups, such as child refugees and children with disabilities, often are excluded from the opportunity to participate (Garcia-Quiroga & Agoglia, 2020).

Secondly, these frameworks are often geared towards older children and youths (Janta et al., 2021). Due to the adult-focused and exclusionary modes of participation, scores of children are unable to express their view on matters that affect them which, besides hindering the implementation of meaningful participation, runs contrary to the prohibition on discrimination, further marginalising vulnerable groups.

The adult attitude to child participation

It is beyond doubt that existing frameworks have their shortcomings. However, through the participation of children, these shortcomings can be identified and overcome (UN Committee on the Rights of the Child, 2009). In order to bring about genuine change and to realise meaningful participation, children need the willingness and cooperation of adults. Unfortunately, the attitude of many adults could prove to be a considerable obstacle in realising this much needed change.

Adults often label children as incompetent, unreliable and uninformed (Mayall, 2000). As such, it is assumed that children are unable to constructively participate in any decision-making process. Contrary to the assumption, children often provide unique insights that adults themselves lack. Involving children at all stages could therefore improve the relevance, effectiveness and sustainability of the decision taken (Lansdown, 2011).

The assumption is, to state it plainly, detrimental for more reasons than one, further hindering the effective realisation of meaningful participation, breaking the invaluable virtuous cycle (Lundy, 2007). There is a growing body of evidence that children are truly competent (Mayall, 2000). This historically engrained attitude of adults must therefore be dismissed. Instead, adults should assume that children, their children, are in fact competent (UN Committee on the Rights of the Child, 2009).

While it is unfair and untrue to outright state that all existing frameworks fail at achieving meaningful child participation, further steps must be taken to ensure the effective realisation of this fundamental children’s right. This is precisely the reason why we need more projects such as CP4EUROPE. We need a complete turnaround of the believes held by many adults.

Children are not the ‘becomings’ many adults deem them to be (Heimer & Palme, 2016). Taking this into consideration, the worrying fact is that, if adults do not get past this archaic idea, CP4EUROPE and similar projects will not be able to bring about the much-needed change for children in the future. The result? Meaningful participation of competent, optimistic and informed children, and its value to all of society, will be snuffed out by tokenism.

Council of Europe. (2021, April 1). No Europe gets ready to strengthen national child participation frameworks and actionTitle.

Garcia-Quiroga, M., & Agoglia, I. S. (2020). Too Vulnerable to Participate? Challenges for Meaningful Participation in Research With Children in Alternative Care and Adoption. International Journal of Qualitative Methods, 19, 160940692095896.