Realizing Children’s Rights in the Islamic Republic of Iran 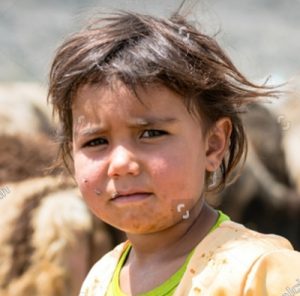 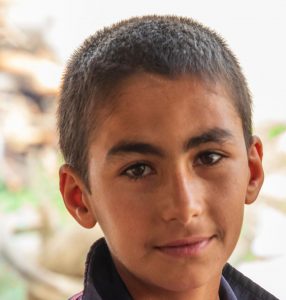 Children’s lives are mired in difficulty in Iran.  Each month, more than 100 children die as a result of famine, street fights, and illness.  National authorities are searching for ways to check the flow of child trafficking and child labor.  However, it is sometimes authorities who themselves violate the most fundamental of children’s rights.  Iran is one of the last countries in the world that allows the death penalty for those under the age of 18. 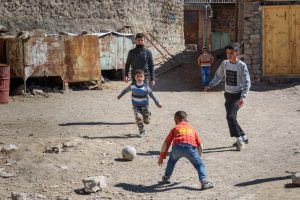 Although Iran is rich in natural resources, these resources are often stolen or rerouted through drug trafficking or terrorist networks.  In this manner, much of the population cannot profit from the country’s natural wealth.

Thus, much of the population lives in poverty. According to official reports, 80% of the Iranian population lives below the poverty line.  Children in rural areas are the most affected by this problem.

Article 24 of the Convention on the Rights of the Child recognizes the “right of the child to the enjoyment of the highest attainable standard of health and to facilities for the treatment of illness and rehabilitation of health.”  Iran has a very high mortality rate for children under the age of 5.  Premature birth, pneumonia, pelvic congestion, and diarrhea are the main causes of infant mortality.

Although maternal health care has improved in the last few years, malnutrition is still a serious problem among mothers and children, especially in rural areas. 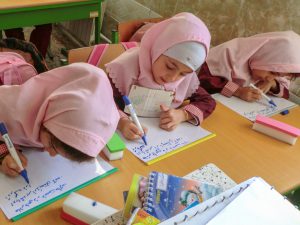 Education is free and required up to age 11.  In rural areas, however, school attendance is low, particularly among girls.  The most far-flung reaches of the country still require numerous improvements in infrastructure.

In Iranian society, men enjoy a higher status than women.  The Iranian education system propagates the religious belief that women are inferior beings.  Among other things, children are taught that women belong to men, who have the right to punish their wives if they disobey them.  Women are also seen as a potential source of corruption.

In spite of this, females have actually outnumbered males in university courses in recent years.

Minors in the Judicial System

Iran is one of only five countries (along with Pakistan, Saudi Arabia, Sudan, and Yemen) that allows the death penalty for individuals under the age of 18.  Detained children often do not have the right to due process and are condemned to death – more and more often.  Poor children also do not have sufficient financial means to cover their own judicial fees and expenses.

The rate of minors sentenced to death has risen under the current president of Iran, Mahmoud Ahmadinejad. Authorities continue to execute children even under pressure from human rights organizations that denounce the practice.

According to Iranian law, girls must be at least 13 years old to marry, whereas boys must be at least 15.  However, many young girls are often given or sold in marriage much earlier, especially in rural areas for economic reasons.

Worse still, are the reports of young Iranian girls being sold or forcefully married off to Pakistanis who sexually exploit them.

Iran is a virtual revolving door for prostitution and child trafficking.  Many Iranian children are sold into the sex trade in Pakistan, Turkey, the UAE, Bahrain, or Europe.  Young girls and boys between the ages of 9 and 14 can be sold for USD$15-20.  In Iran, the principal buyers are usually truck drivers, religious leaders, and Afghani immigrant workers.

In addition, children from neighboring countries, especially Afghanistan and Pakistan, cross the border in increasing numbers to work in brothels in southern Iran. 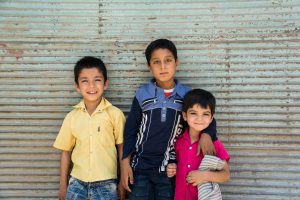 There are currently an estimated 200,000 children living in the streets. They sleep in abandoned buildings, shipping containers, or vehicles and must find work in order to fulfill their own needs or those of their families.

Vulnerable and unsupervised, these Iranian children are easy prey for adult predators who take any opportunity to abuse them. More than 60% of these girls have been victims of sexual abuse within the first week of living in the streets.  Every six days, a girl is raped and killed in Tehran.

An estimated 14% of Iranian children are forced to work in dangerous and unsanitary conditions. These children usually work in the streets, in automobile or rug factories, or in the sex industry. Their health care and education fall by the wayside, and they see no chance that their lives may improve.