Juvenile Law: a child must not be tried as an adult

Juvenile law, also known as justice for minors, is the law which deals with children. In order for children’s rights to be respected, such laws must be specially adapted to their specific needs.

Criminal Responsibility and the Issue of Age

Justice for minors, as the name indicates, is reserved for those who have not yet attained legal majority. In many countries, however, not all births are officially registered, and children themselves can ignore their own age. It can be very difficult to know for sure if certain adolescents are truly younger than 18, or if the child to be tried has instead attained the age of criminal responsibility.

Criminal responsibility occurs at a certain age when national law considers children to have attained adequate emotional, psychological, and intellection maturity to take responsibility for committing a crime. For younger children, their parents or guardians are considered responsible for their actions.

Most countries have a fixed threshold of criminal responsibility, but it is often placed too young, far lower than the internationally recommended 15 years old. It differs greatly among cultures and areas, ranging from 7 to 18 years old.

The justice system must be adapted to the age of the accused or the victim, whether they are an adult, a criminally responsible adolescent, or a child.

Rights of Children in the Justice System

A child who is involved in the justice system has many rights.

– The right of information: An invicted child has the right to ask questions about anything they do not understand. They must know what they are accused of and have the right to know their rights.

-The right to defense: This is a fundamental right. Children have the right to disagree with those who have accused them. They must also be able to express their opinions and concerns and have those be heard.

-The right to assistance: Children must have access to an informed lawyer because they are not often knowledgeable about the law or how justice systems function. Any conversations they have with the lawyer must be private and held in the native language of the child. Other assistance can include financial, social, linguistic, or of health services, especially for victims. Aid is particularly required for sick or handicapped children.

-The right to protection: All children must be allowed to function in the justice system without feeling pressure or intimidation, or fearing for their own life or the lives of their families, especially as witnesses. Direct contact between a victim and the accused party should be avoided as much as possible throughout the investigation and trial. This also means that children have the right to protection against further injury.

-The right to compensation: These can right wrongs do and help a child to heal. They can include financial aid, health care, or social services. This compensation can come from the one who committed the crime or even from the government. 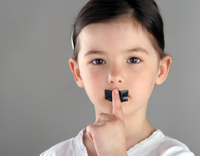 -The right to remain silent.

-The right to have a parent or guardian present.

-The right to privacy: This is the right to keep certain things private, such as personal information (including identity, in certain situations), to speak to people without others listening in, and to be left alone, out of sight of others. This also means that no information which can be used to identify a juvenile delinquent may be published in the media.

This must be the most important thing for any child who appears in court. This means that legal actors must be cognizant of the consequences that their decisions have on such children. Anything which affects a child should neither harm them nor destroy their future. Each child’s dignity must be respected, whether they are the accused, a victim, or a witness. Victimized children in particular must be treated with compassion.

Children must also be ensured protection against violence and negligence, and their needs must be fulfilled, including those of water, food, safety, and hygiene. A minor’s well-being and best interests must be important determining factors in investigations.

A Fast and Fair Trial, With Commensurate Decisions

It is important for trials to be fast when they involve children, so that accused children do not remain in prison for too long and victimized children can quickly receive reparations.

Justice must also be completely neutral and impartial. This includes presumption of innocence as well as the principle of nondiscrimination. The same rules must apply to all minors, without any receiving different treatment because of their race, color, sex, age, language, religion, nationality, opinions, religious beliefs, cultural practices, wealth, class, birth, family situation, or ethnic or social origin. Trials must always be fair and equal.

Finally, all decisions from judicial authorities and members of the court must be commensurate with the severity of the infraction. This means that they must choose appropriate punitive sanctions. Children must not be punished in the same manner for stealing an apple as they would be for stealing a car. The justice system must also take into account the personal circumstances of the child, including their social position, family situation, and the intention and circumstances of the crime.

In order for children to receive this specialized treatment, justice for children should be a separate service from justice for adults. In countries which do not have this specialization, usually for political reasons or a lack of resources, children are largely treated as adults. This does not support appropriate reparations for victims or a correct rehabilitation for delinquents into society.

There are various titles and processes that governments put in place to deal with children. Some create children’s courts, others have special processes for children in normal courts. Some large cities also create special police forces.

It is important that these services are always easily accessible. Reporting processes also allow any victimized or detained child to call attention to any rights violations and improve the efficiency of the judicial system.

Many people are involved with judicial processes for minors, including everyone charged with protecting the law, of course, but also many people in civil services, as social services and judicial systems often work hand in hand. 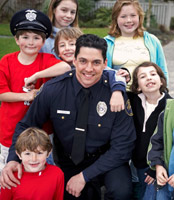 In order for everyone to best carry out their functions, they must receive specific training and learn the best way to protect children and fulfill their needs. This makes judicial processes fairer and more efficient. People who work solely with children often use surveillance solutions which avoid the judicial system and is often better for children.

These techniques must be learned – arresting and detaining juvenile delinquents and interrogations of witnesses – especially for police and prison guards, as they are responsible for the majority of children’s rights violations in the judicial system. In some countries, abuse and torture are common practices in the police force.

When children in conflict with the law are found guilty, they usually receive a sentence. This can vary greatly depending on the nature and circumstances of the crime, as well as the country in which the trial occurred, as not all countries apply the same punishments.

Ideally, separating a child from its family and placing them in prison should be avoided. While in prison, a child’s needs and the actual reasons for their conflict with the law are often ignored. Detention should only be used when no other solutions are available, and should always last for as little time as possible.

The best sentences support a child’s reintegration into society, while treating the root causes of the crime. They allow the child to develop normally, and decrease the rate of criminal occurrences.

Such measures can be as follows:
– Fine, indemnity, and/or return of goods
– Participating in orientation groups or community activities
– Community service
– Placement in a family
– Placement in an education center
– Probation
– Arrangement of semi-freedom

Unfortunately, punishments which deprive people of their freedom are the most used measures in justice systems for adults as well as children. Some countries send children to prison for the most minor infractions. In Sierra Leone, for example, a youth of 15 was condemned to three years in prison for breaking a car window.

Certain countries still use corporal punishments (beatings, mutilations) as judicial punishments for children, even though international conventions prohibit them. In Tonga, for example, the justice system authorizes flogging (whipping) for a child above 7 years old. Also, in spite of the international community’s protests, some countries still sentence children to death. It is especially problematic in Iran, Mauritania, Sudan, Saudi Arabia, the United Arab Emirates, Nigeria, and Yemen.

During an armed conflict, many children are witnesses or victims of horrific violent acts which deeply affect them. They are often manipulated, abused, or raped. They also often lose family members and lack a proper education and childhood.

Most of the time, a country’s justice systems do not function during a conflict and take a long time to restart after peace has returned. This prevents victims from accessing their rightful reparations and witnesses from securely reporting what they have seen.

Fortunately, the international community has put new processes into place in the last twenty years to help States fight impunity after conflicts, such as formal judicial or non-judiciary courts and tribunals. The most common are the International Court of Justice and Truth and Reconciliation Commissions which attempt to reunite divided populations.

Victimized children are playing a more and more important role in these processes. However, many are not actually heard as witnesses, because the processes are often so long that the children have become adults before the trials’ end, or because judicial authorities have a hard time believing what the children say, especially if the events have happened a long time before the trial.

Should child soldiers be punished?

Child soldiers present a delicate issue. In modern wars, hundreds of thousands of children have been enlisted into military service, sometimes as young as eight years old, even though it is a serious crime in the eyes of the law. Most of them did not voluntarily present themselves for service and were forced by adults to commit terrible crimes.

It is important to acknowledge their responsibility for their actions, but coming before justice systems and being imprisoned are not necessarily the best solutions to the problem. They prevent these children, who are also victims themselves, from moving on from their very difficult past. Unfortunately, in most cases, these children are arrested under the pretext of presenting a menace to society.

Also, communities do not welcome these former child soldiers. They are often thrown out of their families and their village. In Uganda, for example, many villages believe that former soldiers possess the “cen,” an evil spirit. These children are not reintegrated back into society and often suffer from poverty and shame, without the ability to put their past behind them.