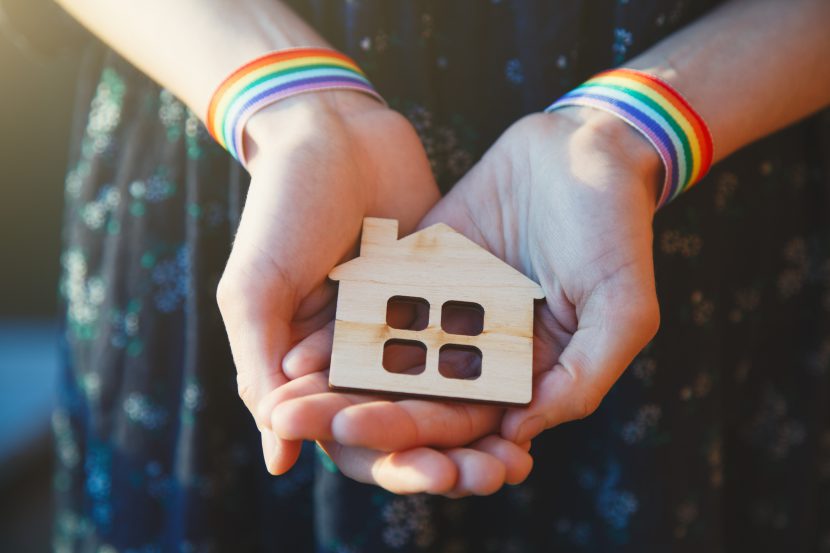 When individuals are asked about their sexual orientation, gender identity or expression (SOGIE), they often begin their stories saying: “I knew I was different (…)” (Marques, 2020). That suggests that society tells us that there is a ‘normal’ sexuality and gender identity. Children mostly grow up within an environment that conveys categories that are standards regarding their SOGIE.

Naturally, children whose feelings and expressions do not fit these categories are not accommodated by educational settings, families, and health policies. That is a significant burden for children’s health, well-being and development. The law must meet all children’s needs regardless of their sexual orientation, gender expression and identity. The right to identity codified in Article 8 of the Convention of the Right of the Child (CRC) can and should promote a children’s right to SOGIE and protect all possible identities.

One of the first actions taken towards the child is gender assignment. The registration of gender is mandatory, and in most countries, there are only two options, male and female (Brink & Tigchelaar, 2014).

Since gender assignment is usually carried out when children are still infants, it is performed without consultation. In most environments and societies where children grow up, the assignment of a particular gender is accompanied by certain expectations towards children’s behaviours and actions (Dunne, 2018).

For instance, they are expected to wear certain clothes or adapt to the cultural roles connected to ‘girl’ or ‘boy’. Whether children feel comfortable in these roles and behaviours is often not questioned. In addition, because they are expected to identify with their assigned gender, there is usually little room for their development independent of these social images (Dunne, 2018).

Children who do not identify with their assigned gender, whose sexual orientation is not heterosexual or whose expressions are not in line with gender stereotypes (such as “boys should not wear dresses”) are frequently exposed to stigmatization, violence and discrimination (UNESCO, 2016).These situations are experienced in everyday life within school settings, family environments and health policies(Committee, 2016).

Several studies show that lesbian, gay, bisexual, transgender, intersex, queer, questioning, and gender non-conforming (LGBTIQ+) children are more likely to be exposed to violence within educational institutions than their non-LGBTIQ+-peers(UNESCO, 2016).Also, in their family environment, children whose sexual orientation, gender identity, or expression differ from the majority experience violence or are rejected by their families(Horn, Peter, & Russell, 2017). Abuse, discrimination and rejection of LGBTIQ+ children can result in long-term health issues, homelessness, social exclusion and poverty (The CRC Committee et al., 2015).

Lack of protection of children’s SOGIE within the CRC

In light of this, the question that arises is to what extent does the Convention on the Rights of the Child (CRC), the most ratified human rights treaty, address children’s needs regarding SOGIE. Looking at the provisions of the CRC, there is no explicit right that protects children’s SOGIE. The absence of clear protection in the Convention of the Rights of the Child concerning sexuality and gender gives States room to restrict children’s freedom to live out their SOGIE.

Several Articles within the Convention, such as the freedom of expression and access to information, as well as freedom of thought, conscience, and religion, codify the possibility of restricting children’s rights based on morals or other grounds (Horn, Peter, & Russell, 2017). Often States interpret concepts like ‘morals’ so that only specific gender identities and sexual orientations such as a heterosexual orientation are considered ‘normal’. Thus, the ambiguous language of the CRC makes it possible for States to justify discriminatory laws and policies against LGBTIQ+ children (Horn, Peter, & Russell, 2017).As a result of this, there is an urgent need to address the lack of protection of LGBTIQ+ children.

Which right could protect children’s identity in terms of sexual orientation, gender identity and expression better than the right to identity enshrined in Article 8 of the Convention on the Rights of the Child?

The right to identity states that the child’s identity must be protected (CRC, Article 8). According to Article 8 CRC ’identity‘ includes name, nationality and family relations (CRC, Article 8). But the word ‘includes’ allows other elements of Article 8 to be protected as well(Tobin, 2019). The CRC Committee seems to understand identity more and more as a dynamic concept that is also about recognizing children’s individuality and that sets them apart from their peers.

Accordingly, individual sexuality and gender identity and expression as a natural part of children’s identity must be safeguarded under the right to identity (Sandberg, 2015). As a result, children must be granted to develop independently in relation to their sexual orientation, gender identity and expression, which is unquestionably necessary for their physical and mental well-being and for ensuring them to find their identity.

States have to start complying with the understanding of identity encompassing a right to SOGIE. Such a right prohibits them from interpreting terms such as “morality” in a way that discriminates against certain sexualities and gender identities. Therefore, States have to abolish laws that only accommodate the needs of certain SOGIE.

They must take reasonable measures (such as passing laws) to enable children to discover, develop, express and enjoy their identity (Tobin, 2019). States’ duties include, for instance, adapting school systems that accommodate children of all sexual orientations, gender identities and expressions.

Also, in the light of what has been said about the social constraints that come with gender assignment at birth, States should change those laws establishing that gender has to be decided at birth. The persons themselves should have the autonomy to determine their gender since their identity is at stake. If the legal system catches all SOGIE, this would also impact society and alleviate the strong social pressure and restrictions on LGBTIQ+ children.

We at Humanium support LGBTIQ+ children and children of all SOGIE in developing their identity freely. Humanium is working in creating a world where all these rights for children are respected and their uniqueness is recognized. You can help us in creating awareness on children’s rights and support Humanium in its work by sponsoring a child, making a donation, becoming a member or a volunteer.

Brink, M. v., &Tigchelaar, J. (2014). English Summary; M/F and beyond Gender Registration by the State and the Legal Position of Transgender Persons. Utrecht Centre for European Research into Family Law, accessed on 11 February 2022.

The CRC Committee et al., D. a. (2015, May 17 ). Discriminated and made vulnerable: Young LGBT and intersex people need recognition and protection of their rights International Day against Homophobia, Biphobia and Transphobia. Retrieved from United Nation, accessed on 11 February 2022.

Tobin, J. (2019). The UN Convention on the Rights of the Child: A Commentary. Oxford University Press, accessed on 3 February 2022.

UNESCO. (2016). Out in the Open: Education Sector Responses to Violence Based on Sexual Orientation and Gender Identity/Expression. Paris: UN Doc, accessed on 11 February 2022.