The disappearance of children: a reality difficult to combat

Around the world, many children disappear each year and are not found. Runaways, parental abductions or kidnappings by others, these acts are difficult to prevent and have dire consequences on the children involved. 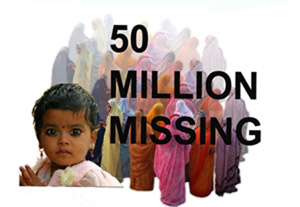 Types of disappearances of children

Minors who voluntarily leave their homes, their foster families or the institutions where they live are called runaways.

The international kidnapping of a child by a parent is also known as parental kidnapping. It is defined as the displacement of one or several of the children by one of the parents without the consent of the other, and may include taking them abroad.

Effects on the child

When the kidnapping has a long duration, the harm to the child may be serious. Away from their other parent and their normal living environment, the child is isolated, doesn’t have anything to cling to and often loses the capacity to develop socially and to create bonds. Finally, in the worst cases, the child can become a victim of abuse by their kidnapper. 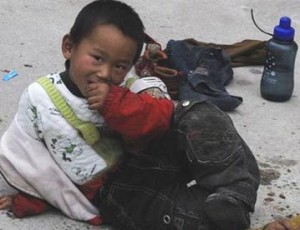 There is no real solution for fighting against the disappearance of children. However, it is possible to help prevent them, especially parental abductions of children. There are signs to look for that can reduce the risk of these abductions. These signs must be carefully considered because the presence of several signs does not necessarily mean that the child will in fact be abducted by the parent, nor does the absence of these signs mean there will not be an abduction.

The following are factors common in parental abductions:
-Kidnapping has already taken place or there are threats of kidnapping
-Violent behavior, hostility or a sign of resentment toward the other parent
-A sense of injustice against a court decision regarding custody of the child
-Desire to return to their country of origin
-Consistent concern from the other parent regarding the security and well-being of the child

Kidnapping of a child by others

This is the kidnapping of a minor by a person that does not have parental authority over them (legal control exercised by parents over the child), for example, a family member of the child. Kidnapping of children by strangers is the rarest form of kidnapping. 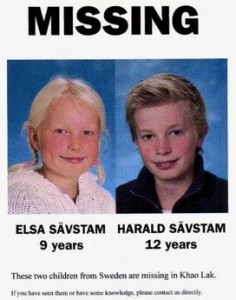 After each natural disaster, many children go missing. Recent disasters include the Haiti earthquake in January 2010, the floods in Pakistan in August 2010 or the tsunami in Japan in March 2011.

In Europe it is important to note the disappearance of unaccompanied foreign minors. They are individuals under 18 years old from third world countries, countries that are not part of the European Union, that are fleeing their home country without a responsible adult.

Wrongful retention of a child

Finally the above cases must be distinguished from wrongful retention of a child that is characterized by « the act of a parent spending a period of time with the child abroad, not returning him/her to the other parent, as expected» (1).

When the nature of the disappearance cannot be identified, it is considered undefined.

Reasons for running away 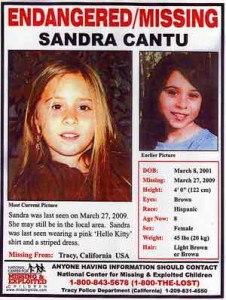 -The child is having to deal with serious family conflicts (including domestic violence), divorce, remarriage or trauma (e.g. loss of a loved one)
-The child is neglected by their parents (lack of food, absence of parents), they do not feel loved or supported by their parents
-The child is a victim of abuse: physical, psychological or sexual
-The parents have personal problems (drug addiction, mental problems, alcoholism…) or are involved in criminal activities
-The child was placed in a home other than their family’s and have not done well there.

-The teenager is in with the wrong crowd, in unhealthy or harmful relationships
-The teenager has personal problems that the parents don’t know about (relationship problems, pregnancy, school failures, drug addiction, alcoholism, abuse…) and wants to escape.

Often, kidnappings by a parent occur as a result of a separation or a divorce gone wrong.

-The parent feels that they were treated poorly by the judicial system or may not have been heard during the arrangement for the custody of the child
-The parent is from a foreign country and upon the termination of the relationship, wishes to return to their country with the child
-The parent wishes to get revenge on the other parent
-The parent feels the child might be the object of abuse or of poor treatment, even presenting signs of paranoia to the other parent because of mental illness
-The parent is given the right to make decisions about their child and imposes them on those around him without their consent

Reasons that would lead a stranger to take a child

This reason concerns the majority of kidnappings by strangers. Often after children have been raped, they are released by the kidnapper.

In this situation, « the kidnapper is most often a loner, unmarried, unrelated to the kidnapped child and doesn’t have frequent contact with children » (2).

Sometimes kidnappings are done in exchange for a ransom or for operating on the black market (sexual exploitation, illegal adoption networks, forced labor…).

Motives related to power or violence

Following a traumatic event (loss of a child), the person may try to replace their lost child with one they kidnap. Such an act is of course the result of a serious mental illness and its occurrence is rare.

If you notice the disappearance of your child, start first by talking to your friends, family, and neighbors and go to places where your child frequented.

Verify your child’s valuables (identity papers, bags, clothes, money…) and see if they are still there, if not your child might be a runaway.

If your child isn’t found, contact the police services near you and remember to bring a photo of your child so that it can be disseminated to the public. 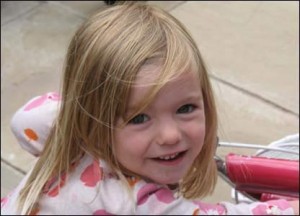 In certain countries, programs are put in place to report missing children. In France, for example, the Kidnapping Alert System permits the dissemination, through media, of an alert to the public and a telephone number to encourage potential witnesses to provide useful information to the authorities.

Lastly, more and more countries (the United States, France, Canada) have decided to partner with Facebook for the best diffusion of information to combat against child abductions and disappearances.

–Hague Convention of October 25, 1980 on the Civil Aspects of International Child Abduction: the displacement of a child by one of the parents abroad is considered wrongful if committed in violation of the rights of custody (in France, the parental authority) recognized by the other parent, or any institution or organization, by the right of the state in which the child lived before their disappearance.

–Article 8 of the European Convention on Human Rights: Everyone has the right of respect towards his private and family life, his home and correspondence.