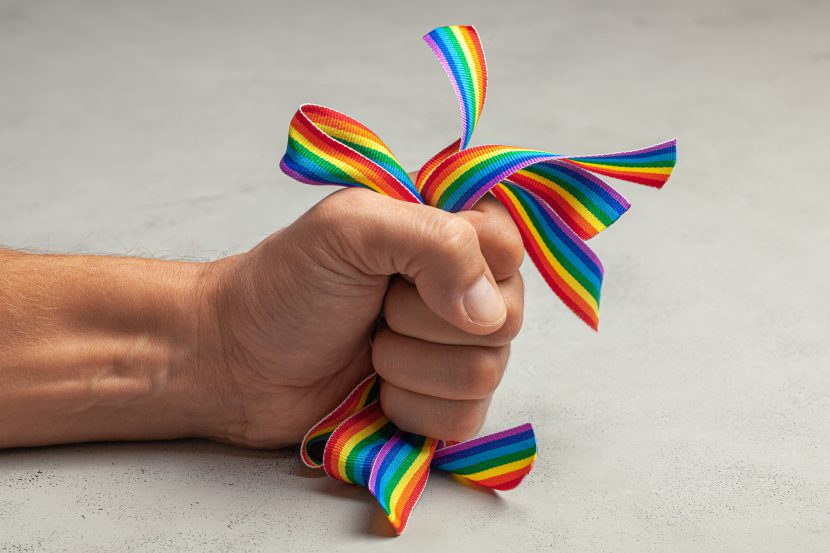 On February 9, 2022, Russia’s Justice Ministry filed a lawsuit to liquidate the Charitable Foundation Sphere (CF Sphere), an important organization that defends the rights of LGBTQI+ peoples in Russia. (Lockshina 2022) The Saint Petersburg Kuibishevsky court “sidelined the lawsuit and requested the Ministry of Justice clarify its claims.” (Article19 2022)

Although their initial attempt failed, on April 21, 2022, a Saint Petersburg district court ruled to shut down the foundation. In an op-ed published the same month, the human rights activist and head of the team of the CF Sphere Dilya Gafurova stated  that this is not the end: “Russia’s biggest LGBT+ group has been shut down. But we’re going nowhere.” (Gafurova 2022)

The Russian Ministry of Justice claimed that the activities of CF Sphere “are aimed at supporting the LGBT movement in Russia “which posed a problem because the organization threatened to “change the legislation and moral foundations in the Russian Federation.” (Kelleher 2022) Specifically, the law threatens family values, public order, and the rule of law. Furthermore, the Press Service for St Petersburg Courts claimed that the existence of the organization endangered Russian values of citizenship: “all the activities of Sphere run contrary to the state policy designed to preserve, expand and develop [the country’s] human capital.” (Lockshina 2022)

In this sense, the ruling against CF Sphere stems from ideological and moral thought, rather than law. As the associate director of Human Rights Watch’s Europe and Central Asia division Tanya Lokshina claims, the suit represents “a purely ideological action and a blatant act of homophobic censorship disguised as a legal action.” (Lokshina 2022)

The founder of CF Sphere, Igor Kochetkov, agrees that the lawsuit is more ideological than it is law-based. (Bellamy-Walker 2022) As such, the following regulation leaves the LGBTQIA+ community vulnerable to further acts of repression because it sets a dangerous precedent. In other terms, the act of liquidating the organization legitimizes further homophobic acts.

As a consequence, the rights of LGBTQIA+ peoples across Russia at this moment are especially vulnerable. As a Sphere spokesperson has claimed, “We cannot leave the community without protection and support at such a difficult time. Our team has always seen it as a duty to help the community and unite it based on the principles of human rights and humanitarianism.” (Kelleher 2022) Because this is ideological, homophobic attitudes are more likely to stay which could have devastating impacts on LGBTQIA+ youth in Russia during a time in which they are discovering their sexualities.

A history of homophobic policies of the Russian administration

However, as Gafurova writes, we should not be surprised by the Russian government’s stance, she saw this coming: “When we at Sphere learned about the ruling to liquidate the organization, we were not especially surprised – we had been expecting such a decision for months.” (Gafurova 2022) At the end of 2021, the International Memorial and the Memorial Human Rights Center were shut down for similar reasons. (Kelleher 2022) The current administration insists on ensuring that the media remains “inherently Russian.”

It is a belief that being LGBTQIA+ represents a foreign threat because it is associated with the Western world. In the past decade, the Russian government has attempted to suppress journalists and the media from discussing LGBTQIA+ rights, as well as wider human rights issues. Sphere’s own projects, and those it was associated with, were called ‘foreign agents.’ (Russian LGBT Network n.d.) People who discussed their work with LGBTQIA+ organizations in public were also given the same title. The ‘foreign agent’ title “brings diminished credibility in the eyes of the general public.” (Gafurova 2022)

It also opens up the possibility for activists to endure threats, provocations, and smear campaigns. In addition to these individual attacks, the Russian government has also put laws into place which discriminate against the rights of LGBTQIA+ people. Namely, the infamous 2013 “gay propaganda” law which prohibited the spread of LGBTQIA+ media online (it was further used to fine activists, block sources, and stop events including Pride). (Gafurova 2022) This law also influenced other post-Soviet countries to consider implementing bills against “homosexual propaganda.” (Kurtanidze 2022)

Currently, MPs have been discussing the adoption of two bills that would further curb the rights of LGBTQIA+: a law banning “toxic content,” and “Fundamentals of the State Policy for the Preservation and Strengthening of Traditional Russian Spiritual and Moral Values.” (Gafurova 2022) This homophobic propaganda enables and upholds the power of the Russian governmental administration.

What Charitable Foundation Sphere has achieved

The following acts threaten the peaceful existence of a minority group in Russia. Since its inception in 2011, the organization CF Sphere has been providing “legal and psychological assistance” to LGBTQIA+ peoples whose lives were in danger.

The goals of the organization are the following:

CF Sphere has supported survivors of abduction and torture at a crucial time during which Russian legislation became increasingly homophobic. In 2017 during Chechnya’s horrific anti-gay purge which affected over 150 bisexual and gay men, the Sphere Foundation was a key figure  in leading efforts to “stop abuses and evacuate survivors.” (Gavurova 2022)

The organization was involved in spreading public information about the horrific abuses. Since 2017, Chechen security forces have attacked people based on their sexual orientation and subdued them to forms of humiliation, torture, and imprisonment in unofficial detention centers. (ECCHR n.d.) ‘Honor killings’ of LGBTQIA+ peoples have also occurred. (ECCHR n.d.)

In February 2021, the Sphere Foundation and the European Center for Constitutional and Human Rights (ECCHR) filed a lawsuit in Germany (on the principle of universal jurisdiction) because Chechen officials refused to acknowledge these human rights abuses nationally. (ECCHR n.d.) The Russian government does not respect the rights of LGBTQIA+ people as a result of which  the activist work of organizations is crucial and essential.

Because their rights are currently endangered, LGBTQIA+ people urgently need support. While it will be more complicated, Gafurova affirms that CF Sphere human rights activists are “not going anywhere.” (Gafurova 2022) The liquidation of the organization does not signify an end of human rights work in this area. If the Russian government aimed to stop LGBTQIA+ rights advocacy by suffocating CF Sphere, they failed, because the activists are here to stay. Gafurova reasons that the accreditation of the organization on the government registry matters little to the continuation of human rights advocacy.

After all, despite traditional Russian values, Gafurova asserts: “despite the whims of the political climate, LGBT+ people exist. We refuse to give up and let the government shut us down; we refuse to agree that the very activity of helping LGBT+ people does not correspond to the idea of ‘charity,’ as is stated in their claim. LGBT+ people are the citizens of this country just like every other social group and deserve the same rights and freedoms.” (Bellamy-Walker 2022)

Overall, “local organizations have demonstrated immense resilience in the face of growing repression.” (Kurtanidze 2021) While there is little hope for change in the Russian government, as activists have claimed, we can find optimism in the work of organizations like CF Sphere and recognize the important role they play in validating LGBTQIA+ Russians and making them feel safer.

Here at Humanium, we are concerned with the rights of LGBTQIA+ youth across the world. The work that CF Sphere has been achieving in rendering Russia more LGBTQIA+ friendly serves as an excellent example of activism for non-governmental organizations across the world, especially those that operate in hostile environments.

The power of NGOs is particularly crucial in urgent situations like this one. Because this is an ideological issue, CF Sphere has had an important role in changing societal attitudes toward homosexuality. In speaking about this, furthermore, at Humanium we hope to counter the Russian government’s ‘silence’ surrounding LGBTQIA+ issues. By raising awareness, we can contribute significantly in effecting  change. You can support our mission in several important ways, such as making a donation, volunteering, becoming a member, and sponsoring a child.