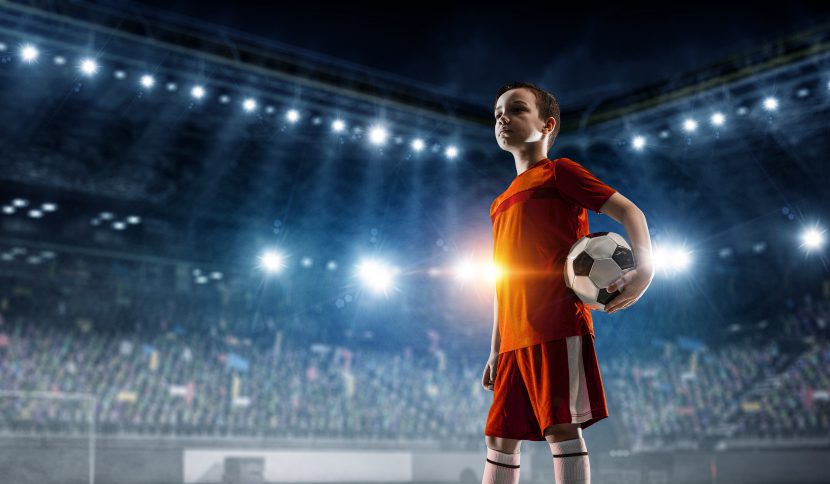 The rapid commercialization of football (or soccer) and its growth into a lucrative financial market are driving high-level actors in the sport towards the exploitation of children for profit. The incentives are clear; the European football market alone is worth a staggering £25 billion, and its main assets are young athletes in vulnerable positions (Deloitte, 2019).

Recent years have seen a growing number of investigations into the widespread illicit practice of underage child recruitment in defiance of industry rules. However, without rigid adherence to these provisions, and given the existence of loopholes in the frameworks themselves, children under the age of 18 are being thrust towards bargaining tables at which they have little negotiating power or competence.

The informal recruitment of minors to professional football teams is a longstanding issue within the sport. One of the game’s flagship stars, Lionel Messi, is famed for having signed his first ‘contract’ on a napkin at the age of 13, informally committing him to a career with F.C. Barcelona (Bona, 2021). While supposedly non-binding, the act of a minor participating in a quasi-contractual agreement is a strong hint toward the darker side of the sport.

With huge financial incentives – players such as Manchester United’s Cristiano Ronaldo bring in hundreds of millions of pounds in shirt sales alone –football clubs are aggressively competing for the recruitment of young talent. This carries serious dangers for minors who face risks of child labour, forced migration and other exploitative practices (Rigg, 2018). The race to acquire budding talents within the game has led many clubs to circumvent international and domestic rules for financial gain (Riggs, 2018).

Recent years have seen a wave of investigations into the practices of larger European football clubs purported to be institutionalising the recruitment of minors. Manchester City Football Club are currently under investigation for concealing illegal payments to minors under the pretence of inflated sponsorship deals and concealed salary payments to managers and other actors supporting young players (Roan, 2022).

Similarly, in 2014, Barcelona Football Club were banned from trading players following the discovery that they had signed 10 overseas players under the age of 18 in breach of the sport’s governing body’s rules (Marin, 2014). Spanishneighboring clubs Real Madrid and Atletico Madrid have faced similar bans (Hytner, 2019).

In response to stricter monitoring, football clubs appear to be pushing the boundaries of existing provisions by identifying loopholes in the child protection architecture. Chelsea Football Club, who are subject to a long-running investigation of their player academy processes, have contended that existing rules prevent foreign players under the age of 18 from being brought into domestic clubs, but do not prevent minors from undergoing football trials (Hytner, 2019). Similarly, the club has also been accused of funding children’s educational fees as a forward-payment for future contractual services (Hytner, 2019).

These and other tactics, such as children being used in supposedly “non-competitive” games, require much stricter monitoring from the sport’s governing body, the Fédération Internationale de Football Association (FIFA).

Children’s rights and the best interests of the child

The practice of underage recruitment exposes children to a myriad of human rights risks and an environment which may not support their best interests. In 2014, FIFA’s Disciplinary Committee reiterated that international transfers are seldom in a child’s best interests as they involve the removal of a child from their home surroundings at an age when they are developing (Rowlands, 2014).

The international transfer of children carries further risks. Without valid legal justifications for their migration, children may be brought into countries illegally, leaving them outside the boundaries of a country’s legal system and barring them from institutional protection (Rigg, 2018). Transfers also carry grave reputational risks and implications for a child’s development, as young athletes are thrust into positions of high visibility, expectation and pressure. Without fully developed agency, these children may become entangled in sanctions, public criticism and punishments for arrangements outside of their control (Rigg, 2022).

Economically, underage recruitment also disadvantages children and places them at risk of financial exploitation. As children are unable to be legally contracted as the beneficiary for their services, other guardians and aides (parents, managers or agents) are likely to receive financial remuneration to secure a child’s services. There is no guarantee that these payments will ever reach the child, nor is there any way of enforcing children’s rights to benefit as their contracted relationship itself is unlawful. Where clubs are sanctioned and barred from dealing with minors, children may fall between the cracks with little avenues for recourse or compensation.

Further to the institutional challenges, professional sport in and of itself presents a level of intensity that is a risk to children and the realisation of their right to free and full development (Article 27, UNCRC). Organised intensive training places severe physical and mental pressures onto minors which they may not be ready to sustain (Farstad, 2007).

The United Nations Convention on the Rights of the Child (UNCRC) enshrines a broad range of human rights for all children. In the sporting arena, a few of these rights are most significant. Articles 9 and 10 guarantee a child’s right to family life including protection against separation from their family when this is not ‘in the best interests of the child’ (Article 9, UNCRC).

Article 32 protects children against economic exploitation, specifically reaffirming the need to establish an appropriate minimum age and accompanying working conditions for minors, with adequate sanctions for institutions who fail to comply (Article 32, UNCRC). The sale and trafficking of children is further outlawed in Article 35 (Article 35, UNCRC).

Unfortunately, neither the UNCRC nor the Committee on the Rights of the Child have explicitly addressed the need for a minimum age in sport (Farstad, 2007). There is therefore no legal minimum age for professional sporting participation or formal guidance: for example, in instances of child marriage, the Committee has recommended the minimum age be 18, whereas in employment they have suggested a broader 15–18-year category dependent on international labour law and the best interests of the child (Farstad, 2007).

Without a formal definition, the only way to interpret the Committee’s position on the matter is to read existing articles together to project what appears to be ‘appropriate’ or in the best interests of the child. This is already ongoing, EU Member States have been urged to apply Directive 94/33/EC (related to children at work) to sport, with a view towards reading child labour provisions in the sporting context (Farstad, 2007).

FIFA’s measures protecting the rights of minors in football are contained in the Regulations on the Status and Transfer of Players (RSTP). These rules have been subject to four revisions since 2001 and work primarily to prevent child trafficking and the abuse of children by clubs transferring in young players. Article 19 of these provisions explicitly outlaws the international transfer of players under the age of 18 (Yilmaz, 2018).

This rule, however, is subject to four exceptions. As such, international transfers of children under the age of 18 are permitted (Yilmaz, 2018):

At face value, these provisions ensure children receive protection against international transfers and national support where these transfers meet pre-designated exceptions. However, and in contrast to the UNCRC, they appear to rob the child of agency in decisions about their development (Yilmaz, 2018). This contrasts with Article 12 of the UNCRC which affords children the right to have their views heard in all decisions affecting them according to their age and level of maturity (Article 12, UNCRC).

Additionally, FIFA’s framework is designed to sanction clubs for breaches of its provisions but does not institutionalise a system to repair children’s rights where they have already been infringed. Children are thus mere subjects of FIFA’s provisions which are targeted at clubs rather than players.

As non-governmental organisations (NGOs), the public sector and private sporting bodies work to regulate and protect children’s rights, these institutions must centre all decisions on the best interests of the child and international legal standards. There are a number of practical actions which could be adopted:

Humanium strongly condemns the abuse of young athletes, and advocates for the right of the child to leisure and play. We are working to create a world where children can realise their full rights through raising awareness of such issues and working with local NGOs to create a change. If you want to contribute to our cause, consider making a donation, volunteering or becoming a member.

FIFA Protection of Minors: Guide to submitting a Minor Application

Farstad, S. (n.d). “Protecting children’s rights in sport: The use of minimum age.” Retrieved from University of Nottingham, accessed 21 April 2022.

Yilmaz, S., Esson, J., & Darby, P. (2018, July 15). “Children’s rights and the regulations on the transfer of young players in football.” Retrieved from International Review for the Sociology of Sport, accessed 21 April 2022.