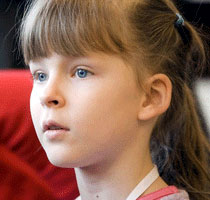 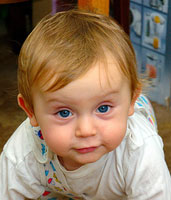 An assessment of the situation of children in Russia results in a mixed outlook : some of the rights of children are clearly established; for others, much effort still needs to be made: freedom of expression, right to protection, right to non-discrimination…

HIV/AIDS is especially widespread in Russia. It is sometimes detected very late since it can be difficult for street children and displaced children to seek care, and yet they are the most prone to infection.  In addition, in terms of prevention, HIV positive women lack information about the risks, and especially about aid and services at their disposal regarding the well-being of their children.

These children are not treated equally to others.  Russia still needs to make progress in this area and offer more accommodation, as well as infrastructure and personnel for disabled children.  The perceived general Russian mentality towards the handicapped also needs to change and come to consider that these children as an integral part of society and not exclude them.

For example, they do not have easy access to education and what is available is of poor quality, compared to that for the majority of Russian children.  Of course, recent efforts have been made by Russia in order to better integrate children with difficulties in schools, and certain specialized structures have been put in place.  Despite all of that, advances in this area need to continue so that the situation of these children is comparable to that which is available in most other European.

According to recent surveys, violence in the family home is rather common. Women and children are the first victims of this type of violence. Russia needs to make efforts to come to the aid of these victims. In fact, there exist very few support facilities for these battered women and children.

Every child should be protected, within the family as well as within the state. In Russia, there are still many children without protection. As a result, orphanages and boarding schools are full (more than 150,000 children were reported in 2009), since there are only very few institutions to care for these children or work on their adoption.

There are few alternatives available for these children, who have been abandoned or are without families. They sometimes become street children and are confronted with poverty, sickness and violence. As a result, some children are not able to grow up in a stable and well-adjusted family setting, in accordance with the principles outlined in the Convention on the Rights of the Child.

Homosexuality is still far from being a part of everyday life in Russia. Homosexuals, including adolescents, are constantly victims of homophobia. They are sometimes attacked, raped and harassed by ordinary citizens as well as by public authorities. In fact, at times, the Russian police use force to ban demonstrations by people asserting their right to homosexuality. Homosexual adolescents do not have the right to freely live with their sexual orientation and the hate that the rest of the population shows towards them is very alarming.

Following a violent conflict that broke out in Chechnya in 1992, some families were forced to leave their homes and seek refuge elsewhere in Russia, particularly in the Ingush Republic, where the number of refugees rose to more than 60,000. Today, these families have been thrown out of their homes and find themselves on the streets.

Children are not spared and their rights have become completely ignored.  They find themselves faced with deplorable living conditions to which the government has not proposed any solution.  Without housing, access to treatment or education these children are in part ignored by Russia.

Families who have not been evicted do not have pleasant living conditions either.  Sometimes they live in temporary housing, clearly unsuitable for children who grow up in surroundings far from those described by the Convention on the Rights of the Child. 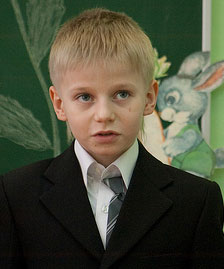 Corruption is a reality in Russia. For example, NGOs are subject to very unwieldy legislative procedures regarding their organization and the assurances that they need to provide to the government. As a result, they are not completely free and must respect a certain “political correctness” so as not to be targeted by the authorities.  The actual situation of children can therefore not always be described as it is, and given that it is partially covered up, improving the lives of these children is more difficult.

Even though Russian legislation guarantees the freedom of expression, in practice, this freedom remains limited: the media are highly controlled, opponents or defenders of human rights are very often threatened in certain regions, and the government is known for its relatively strict policy of censoring.  These restrictions prevent Russian children from exercising their right to information and to freely express themselves, in violation of Art. 13 of the Convention on the Rights of the Child.

With a high rate of 10.9 tons of CO2 emissions per inhabitant per year, the negative ecological footprint in Russia also has a harmful impact on the lives of Russian children and on their future prospects, thus violating their right to live and grow up in a healthy environment.