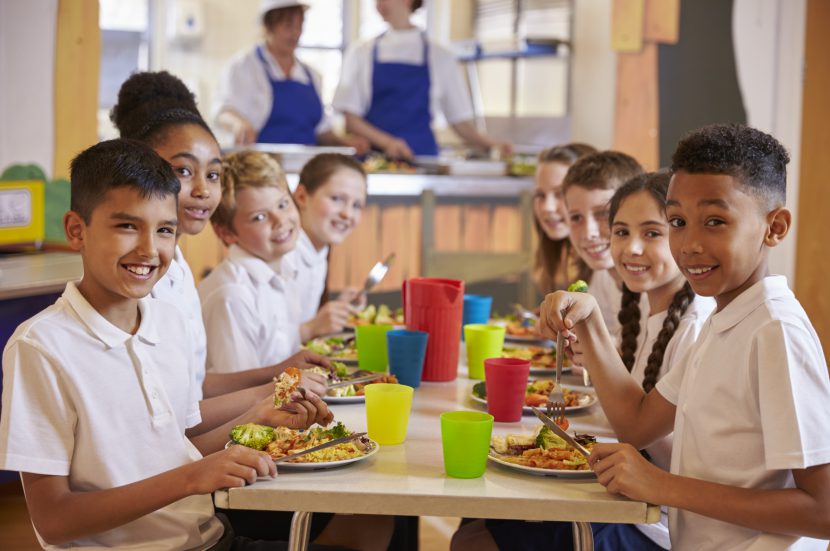 Every child has the right to enjoy an adequate standard of living, food and to maintain a healthy lifestyle. Child food insecurity is a complex issue that has affected the most vulnerable children and families in the United Kingdom (UK) and this problem has been exacerbated by the COVID-19 pandemic. Household food insecurities present a great threat to the well-being of children. This article will highlight the ways in which the COVID-19 pandemic has heightened the plight of millions of children across the UK and what actions the government is taking to address this issue.

What is Child Food Insecurity?

Goal 2.1 of The United Nations’ Sustainable Development Goals (UNSDGs) urges all Member States to realise the end of hunger and ensure the provision of nutritious food for the most vulnerable (including infants) by 2030 (United Nations Sustainable Development Goals, 2015). The global scale of child food insecurity in the developed and developing world is only now being considered an urgent problem. Although there is no internationally accepted definition for ‘child food insecurity’ or ‘child food poverty’, the terms are interchangeably and jointly used to refer to the conditions under which children fail to receive access to consistent nutritional food due to poverty and low income.

Articles 6 and 27 of the United Nations Convention on the Rights of the Child (UNCRC) assert that children have an inalienable right to food, protection of life, survival and development, and adequate standard of living respectively (UNCRC, 1989). The fundamental nature of this right is reaffirmed in Article 24 of the UNCRC which not only highlights the necessity of food for a child’s development, but emphasizes that this food must be nutritious to protect the health of the child (UNCRC, 1989). These ideas are supported by Article 11 of the International Covenant on Economic, Social and Cultural Rights (ICESCR, 1966).

Child Food Poverty in the UK

Child food insecurity in the United Kingdom is a long-standing issue that has resulted in the highest prevalence rates within Europe. Organizations, such as the End Hunger UK Coalition, have launched a campaign with the aim to drive a 50% reduction in household food insecurity by 2025 as a benchmark to its complete eradication by 2030 (Tickle, 2020). Between 2011 and 2019, The Trussell Trust – the UK’s largest food bank – recorded a staggering increase of parcels sent out to those in need from 61,000 to 1,583,000 (Richardson, 2020).

The Effect of COVID-19 on Food Access in the UK

The emergence of COVID-19 in the UK and the national lockdowns which followed have pushed many families towards unprecedented levels of desperation. It is estimated that median national household income has fallen by 4.5% in a year, the largest drop in half a century (Longfield, 2020). The large number of workers who have been furloughed, or put out of work, has led to a significant increase in child food insecurity and undernourishment (Baraniuk, 2020).

After just one month of lockdown (March to April 2020), it has been reported that more than five million households with children under the age of 18 are food insecure, with an additional 200,000 children skipping meals due to the lack of availability of food (The Food Foundation, 2020). As a result, the number of households with children experiencing food insecurity has increased by more than 50% since March (The Food Foundation, 2020).

The Trussell Trust has estimated a 61% increase in food parcel deliveries following the onset of the COVID-19 pandemic, noting a specific vulnerability in families with children (Richardson, 2020). This is supported by statistical information from the Independent Food Aid Network which cited a 175% increase in food parcel distribution in April 2020, relative to the same month in 2019 (Baraniuk, 2020). Furthermore, a survey conducted by the National Food Strategy in July 2020 indicated that there had been a rise in the consumption of junk food and snacks among vulnerable (poorer) families (Baraniuk, 2020).

Additional surveys from Northumbria University and YouGov have highlighted an increase in the number of children skipping meals per day, as well as noted the significant deterioration of nutritional status amongst children (Barianuk, 2020). Poor diet has been shown to negatively affect children’s physical and mental health, impacting their educational performance (Barianuk, 2020).

In response to this crisis, food banks have dramatically increased their output, but the sustainability of this approach leaves room for investigation. As highlighted by Sabine Godwin, Coordinator for the Independent Food Aid Network (IFAN), the poverty that drives child food insecurity preceded the pandemic and will not be solved by increased charity (Butler, 2020). This view is reinforced by Niall Cooper, director of Church Action on Poverty, who has called for increased wages and benefits to enable people to be able to buy healthy food for themselves (Tickle, 2020).

In spite of the validity of these calls for long-term action, an immediate response is still required. The Food Foundation has called for an emergency income support scheme which advocates for the temporary removal of the UK’s benefit cap and a doubling of child benefits to ensure parents are able to buy healthy food for their children during this time (The Food Foundation, 2020). In the absence of such a scheme, charities and schools in the UK have taken it upon themselves to distribute food to vulnerable children and families (Human Rights Watch, 2020).

Due to the national restrictions (including regional lockdowns), 31% of children who normally receive free school meals have not received a substitute since schools were closed (The Food Foundation, 2020). This lack of access to food is aggravated by existing systemic challenges such as children being unable to access and use online food vouchers, as well as specific vulnerabilities in NHS households (The Food Foundation, 2020).

In response to this, Manchester United football player Marcus Rashford has championed an innovative and nationwide campaign to provide children-in-need with access to nutritious free food. The campaign, which commenced with a petition (that has received over a million signatures) has led to thousands of businesses, cafes and restaurants opening their doors to provide free school meals during school closures and holidays (Butler, Weale, 2020). The initiative further calls on the government to exceptionally extend free school meals during the school holidays to account for widespread loss of parental income due to COVID-19 (Butler, Weale, 2020).

Rashford has promoted the campaign and his own circle’s efforts to support vulnerable children on social media, leading to the team at ‘All of Us Together’ partnering with the young star to create an interactive map showing children where the nearest free meal locations are (Butler, Weale, 2020). Councils across the country have responded by providing thousands of free meal vouchers (Butler, Weale, 2020).

Despite these positive actions, the response of the government has been far less certain. Prime Minister Boris Johnson had initially rejected Rashford’s pleas to continue with £15 weekly food vouchers for children into the holidays, before succumbing to public pressure (Elgot, Walker, 2020) and establishing a “COVID summer food fund” (Syal, 2020), and unveiling a £170 million scheme to support vulnerable families (Siddique, 2020). This scheme has been challenged by the National Food Strategy (NFS) who have called for greater support both through meal provision and meal vouchers (Richardson, 2020). The Prime Minister’s uncertainty is representative of the large divide between political parties with regards to free school meals (Butler, Quinn, Murphy, 2020).

Former Children’s Minister Tim Louhgton has labelled the decision not to provide free school meals through the pandemic as a mistake (Butler, Quinn, Murphy, 2020) while Shadow Chancellor Anneliese Dodds labelled the act as “unbelievable” (Butler, Weale, 2020). On the other hand, some have criticised the interim measure for its lack of sustainability and narrow-minded approach. Ben Bradley MP has described the approach as “a sticking plaster not a solution”, while other MPs have argued that extending school meals beyond school terms will create a lot more family dependencies (Weale, 2020).

As highlighted by Emma Revie, Head of Trussell Trust, the plight of vulnerable children requires long-term solutions which stretch beyond the pandemic (Butler, Quinn, Murphy, 2020). Arguments and splits within the government on the issue indicate that there isn’t any known planned strategy for the future (Elgot, Walker, 2020). The UKs benefit system requires further investigation, as articulated by the joint General Secretary of the National Education Union, “COVID-19 is a natural phenomenon, poverty is not” (Syal, 2020).

In the words of Conservative MP Tobias Ellwood, “This generation of children have had their lives impacted in a way we’ve not seen since the second world war, we must do everything we can do to provide support” (Butler, Quinn, Murphy, 2020). Understanding the intersections between food insecurity and malnutrition is key (especially to avoid over-focussing on obesity in national strategies) and it is necessary for national and local initiatives to be accessible to all (House of Parliament, 2019).

A School Breakfast Bill has been proposed which would build on the National School Breakfast Programme (run by Magic Breakfast and Family Action) to provide free, nutritious breakfast to the thousands of children across the country who are forced to start their day hungry (Longfield, 2020). Although it is unlikely that this would become law without government support, it is an instructive example of the ways in which policy change could tangibly impact the lives of children in a sustained manner.

Further, research is needed to quantify the scale and nuances of the food insecurity challenge in the UK, building on existing data held by the Office for National Statistics (House of Parliament, 2019). This falls in line with the CRC’s recommendation for greater data collection, monitoring and evaluation around policies and programmes designed to enhance child food security and nutrition (Concluding Observations on the fifth periodic report of the United Kingdom of Great Britain and Northern Ireland, 2016).

Off the back of a unique and powerful campaign, the government must harness the power of compassion to push for long-term solutions to one of the UK’s gravest human rights threats (Weal, R). To quote the Scottish Commissioner for Children and Young People, “Poverty and food insecurity was the biggest human rights issue facing children in the UK before the COVID-19 pandemic” and the virus is disproportionately affecting those at risk (The Food Foundation, 2020).

All of Us Together Free School Meals

Organisation for Economic Co-operation and Development. (2018, October) Policy Brief on Child Well-Being Poor children in rich countries: Why we need a policy action.

Committee on the Rights of the Child. (2016, July 12). Concluding Observations on the fifth periodic report of the United Kingdom of Great Britain and Northern Ireland. CRC/C/GBR/CO/5

Longfield, A. (2020, October 13). Lifting children out of poverty and eliminating child hunger if a moral imperative.

Organisation for Economic Co-operation and Development. (2018, October) Policy Brief on Child Well-Being Poor children in rich countries: Why we need a policy action.

Richardson, C. (2020, September 21). How can we eliminate child food insecurity in the UK?

The Food Foundation. (2020, May 4). More than five million people in households with children have experienced food insecurity since lockdown began.

Weal, R. (2020, October 29). The PM says no child will go hungry – Our new report shows extending local welfare would be a good place to start.

House of Parliament. (2019, January 10). Sustainable Development Goals in the UK follow up: Hunger, malnutrition and food insecurity in the UK.