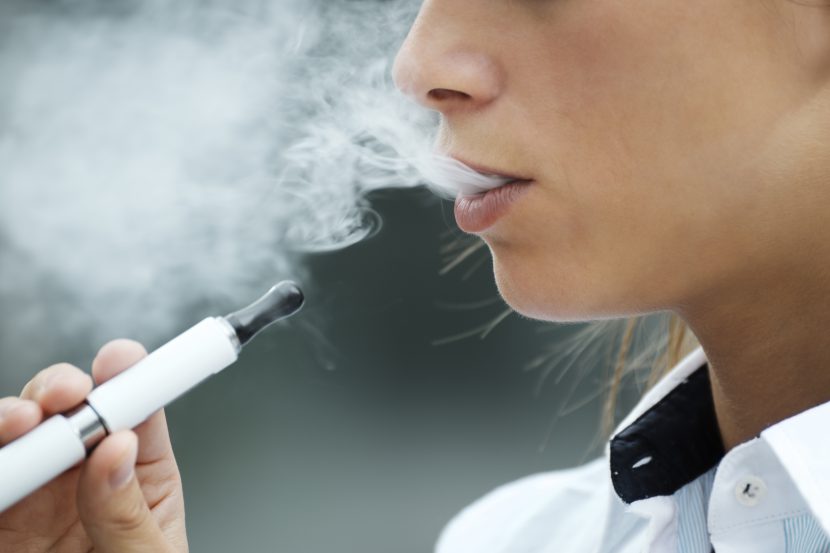 Following rapid growth, e-cigarettes have become the most used tobacco product among youth populations in the United States of America (USA) (Cullen, 2019). Their modern packaging – often shaped like USB flash drives – and multiplicity of artificial flavours appeal to younger demographics (Cullen, 2019). Beyond the glitz and glamour, e-cigarettes have been thrust to the forefront of medical discussions by the commonly held belief that they are less harmful than other forms of smoking. Until this question is answered in the definitive, or unless comprehensive regulations are introduced, e-cigarettes will continue to market their products towards adolescents to capitalise on market demand.

Recreational smoking has shown tremendous resistance to regulation and societal evolution. Originating circa 5000 BC in the form of rolled up tobacco leaves, the practice has become a norm among many societies and communities, regardless of one’s social standing or cultural background. The most modern development in this area is the introduction of the electronic or e-cigarette, also known as a ‘vape’.

E-cigarettes, in full electronic nicotine delivery systems (ENDS), are battery-powered devices designed to vaporise liquid solutions including sugar, flavouring and typically nicotine, to create an aerosol vapor that can be inhaled by its user (Kong, 2017). The devices often come with replaceable cartridges and were introduced to markets in the USA in 2007 (Kong, 2017).

At the time, e-cigarettes were advertised as an aide to help smokers quit the habit, despite an absence of evidence to validate this claim (Jones, 2020). The introduction of the popular handheld smoking device saw the industry rise to nearly a billion dollars by 2014, evidencing both an increase in popularity and an absence of regulation (Kong, 2017).

Beneath the broader e-cigarette umbrella are several different variations of the same product. The USA’s National Institute on Drug Abuse (NIDA) and Center for Disease Control Prevention recognise several derivatives within this definition (Kurti, 2019). While trivial factors such as the size, weight, design and capacity of e-cigarettes may vary, the most significant differentiation is the presence of nicotine or THC, marijuana’s psychoactive ingredient.

The USA has seen a dramatic rise in e-cigarette use among young populations since 2010. Between 2011 and 2015, e-cigarette usage among high school students rose from 1.5% to 16% (Cullen, 2019). Between 2017 and 2018, adolescent usage increased by a staggering 10%, accounting for approximately 1.3 million new ‘vapers’ (Jones, 2020). The US Surgeon General and the Food and Drug Administration (FDA) Commissioner branded youth e-cigarette use as an epidemic in 2018, saying that it had increased “at a rate of epidemic proportions” (Patel, 2019). As of 2018, over five million American adolescents are currently using e-cigarettes (Patel, 2019).

The meteoric rise of vaping means e-cigarette smoking now exceeds cigarette use in young people (Kong, 2017). Whether the practice is ‘healthier’ than other forms of smoking remains contentious, however, its prevalence and the de facto presence of nicotine in most e-cigarettes has raised alarm bells throughout the country. In the face of relentless marketing strategies capitalising on perceptions of e-cigarettes as less harmful, the government and local regulatory bodies alike have begun to make visible efforts to buck the trend (Kong, 2017).

Within schools and educational institutions, vaping is proving disruptive to ordinary class functions, leading teachers to describe the habit as “second nature” for high schoolers across the country (Truth Initiative, 2020). This disruption has birthed shorter attention spans and forced teachers to adopt a quasi-enforcement role in the policing of school campuses – where over a quarter of adolescents’ report having vaped at least once (Truth Initiative, 2020).

Within schools across the country, the most popular e-cigarette brand is JUUL, so much so that JUULing has found its way into teenage vernacular (Jones, 2020). The company controls 75% of the market and is approaching $4 billion in net worth (Patel, 2019).

“Over the past few years, it’s gotten out of control. Whereas before you would just see small groups of students vape, now it’s become to popular and accessible that it’s about as common as holding a cup of coffee. It’s spreading.” (Truth Initiative, 2020).

The overwhelming presence of e-cigarettes prompted former President Donald Trump to impose bans in 2019, prohibiting flavoured e-cigarettes and attempting to raise the minimum purchase age from 18 to 21 (Patel, 2019). These efforts, however, were undermined by vocal upheaval from politicians and citizens alike, forcing the former President to relent on that stance and settle for the FDA’s authority over e-cigarette regulation via the Child Nicotine Poisoning Prevention Act (Jones, 2020). The body has not implemented any sweeping prohibitions or regulations, as such, the country remains divided with individual States adopting their own approaches to regulate the trend (Patel, 2019).

Advertising and the corporate world

Driving the surge in e-cigarette uptake is the corporate world. Television, web-based and print advertisements are littered with e-cigarette promotions that often market the practice as one that is “healthier, cheaper and cleaner” than other smoking alternatives (Kong, 2017). More recently, marketers have shifted away from health-based promotions towards attractive features, such as exotic flavours and popular culture themes of identity and lifestyle (Kong, 2017).

This likely follows an FDA investigation into JUUL for illegal advertisement, forcing the company to replace its CEO and pause all advertisement campaigns (Patel, 2019). With flavour at the heart of e-cigarette’s appeal, JUUL and other major brands continue to push back against efforts to restrict certain flavours and have warned against the emergence of an unregulated e-cigarette black market if regulations are not undertaken correctly (Patel, 2019).

E-cigarette marketing is almost exclusively aimed at adolescents, with social media platforms the primary vehicle for information transmission (Jones, 2020). To attract young users, e-cigarette companies are making their products more and more customisable, with variations in shape, appearance and the vaporising mechanisms (Jones, 2020).

The dangers of e-cigarettes

In terms of the health risks, e-cigarettes have been link to severe lung and heart diseases, specifically those with higher nicotine concentrations (Patel, 2019). At the more extreme end of the spectrum, e-cigarettes expose adolescents to high levels of nicotine and heavy metals, making them a danger in and of themselves and a gateway to other forms of smoking (Patel, 2019). Though not widely recognised, some e-cigarettes contain higher concentrations of nicotine than traditional cigarettes (Jones, 2020). Nicotine addiction in and of itself is a paediatric disease capable of hindering brain development (Kong, 2017).

The unregulated and easily-accessible nature of e-cigarettes has given rise to the current epidemic. To guard against birthing dependencies for an entire generation, different sectors throughout the USA must collectively work to implement evidence-based changes to the status quo. The scientific community must continue to gather data on the harms of e-cigarettes, without this information, a generation of adolescents risks severe illness due to a lack of concrete information.

Within local and county legal and policy frameworks, the use of e-cigarettes must be outlawed on school premises and an increase in the age restriction should be considered until there is greater data to suggest otherwise. Complementary to hard bans on their use, schools can work to support children to develop independence and avoid falling victim of peer pressure and modern mental health strains (Patel, 2019). While emerging evidence does not show a correlation between State bans on e-cigarette use and a decrease in vaping, this is likely a product of the trend being in its ascent before it stabilises and loses its novelty.

Advocacy is also required, led by both health and government experts, to correctly frame e-cigarettes as harmful tobacco products (Jones, 2020). Though marketing companies have capitalised on a lack of information to frame e-cigarettes as less harmful, this does not mean that they are harmless. E-cigarettes are yet to receive mandatory packaging instructions to ensure all buyers are clear on what they are purchasing, nor are marketing campaigns scrutinised with the same fine lens as cigarette companies (Jones, 2020).

If adolescents would like to voluntarily engage in a harmful practice they should at least understand what they are getting themselves into. Historical precedent suggests vapes are here to stay, the question is how long before we learn of their severity and the costs of poor regulation.

We, here at Humanium, care deeply about children’s right to public health and protection. Since children are especially vulnerable and more at risk to illness and health complications due to their age, they deserve to live in a society where they will not be led on by deceitful marketing and untrustworthy internet to obtain bad and harmful habits.

Ensuring that children can grow into healthy adults, is a moral obligation of any responsible society that should encourage continued education of children’s public health.  If you want help us in our efforts to raise awareness on children’s rights to health, protection and education, feel free to consider sponsoring a child, making a donation, or becoming a volunteer with our organization. Take action now to protect the health of the youngest among us!

Quick Facts on the Risks of E-cigarettes for Kids, Teens and Young Adults – Center for Disease Control and Prevention

Jones, K., Salzman, G. (2020). “The vaping epidemic in adolescents.” Retrieved from The Journal of the Missouri State Medical Association, accessed on 19 July 2022.