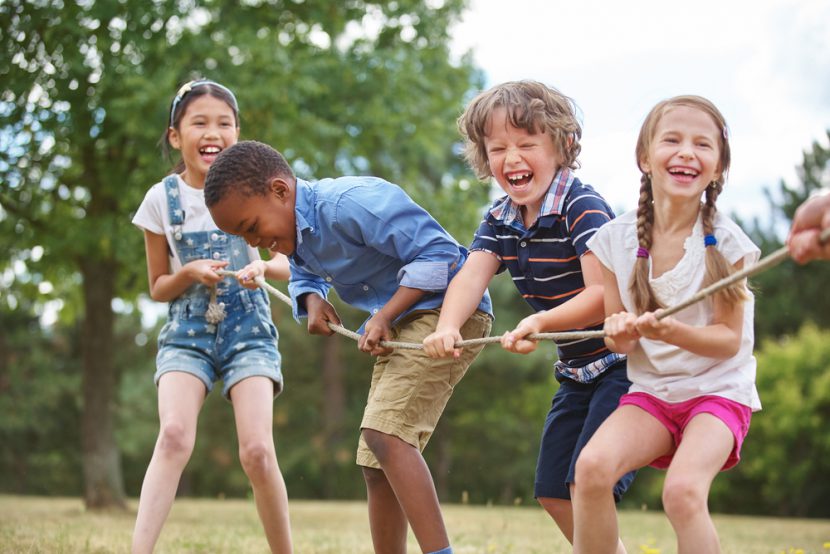 The Wellcome Collection in London recently held an exhibition titled “Play Well”. In coordination with Michael Rosen’s Book of Play, the exhibition pushed its audience to consider the importance of play for children’s health.

The visitors were able to learn about German pedagogue Friedrich Fröbel’s kindergarten movement which put play at its center, the Reggio Emilia Approach which united learning and play, amongst photographs of children playing, both in the streets and designated playground areas. In these depictions, visitors learnt about the physical and psychological benefits of play for the child’s development.

In the 1960s, psychologist Jean Piaget also emphasized on the importance of play in his works concerning the theory of play. He viewed play as central to the child’s learning environment. (Piaget) The importance of play is indeed not a recent phenomenon: it has been widely recognized by child-development experts for some time.

In 1989, UNICEF also recognized play’s significance. The UN Convention on the Rights of the Child’s Article 31 states the following:

“States Parties recognize the right of the child to rest and leisure, to engage in play and recreational activities appropriate to the age of the child and to participate freely in cultural life and the arts. States Parties shall respect and promote the right of the child to participate fully in cultural and artistic life and shall encourage the provision of appropriate and equal opportunities for cultural, artistic, recreational and leisure activity.”

Children have a right to play. It is crucial to their development.

Non-governmental organizations have also participated in the mission of facilitating play for children across the world. Namely, the Canadian organization Right to Play works in African, Asian and Middle Eastern countries by providing games both inside and outside the classroom. Their work focuses on four types of play: games, sport, creative play, and free play. Through these initiatives, they help develop creativity and self-expression in children. (Right to Play)

Similarly, the International Play Association (IPA), founded in 1961, works to protect child’s play as a core human right. In November 1977, they produced a Declaration on the Child’s Rights to Play, which stood in accordance with UNCRC’s Article 31. Working across 50 countries, IPA initiates: seminars, conferences, study tours, research, publications, playground design, playwork training and the organization of play programs and Play Days.

Through these activities, they express their concerns on issues such as: society’s indifference to the importance of play, over-emphasis on theoretical and academic studies in schools, and constant exposure of children to war, violence, exploitation and destruction. (International Play Association) By bringing light to these efforts, we can reconsider the ways in which we act on children’s rights across the world.

At Humanium, we put the child at the center of our work. With somatic life coaches, psychologists, leadership graduates and therapists, we hope to empower the child. Through our projects improving malnutrition, education, child labor and living conditions, we focus on the child’s health, which includes play. In Istanbul, Turkey, we built a library in a refugee shelter for unaccompanied minors, providing books, and DVDs. These resources enable children to have enriching intellectual and cultural pastimes. In many ways, this play is crucial for a child’s health.

Discussions on the efforts of NGOs and UNICEF to provide play areas for children help us to establish the importance of play for children throughout the world as a society. In the future, the IPA plans to hold its Triennial World Conference in November 2020 in Jaipur, India. Conferences like these remind us of the work which is still to be done to make children’s right to play a reality. But we are hopeful that we are on the right path!

With these considerations in mind, at Humanium we can bring Article 31 to life!

UNICEF. (n.d.), “HOW WE PROTECT CHILDREN’S RIGHTS WITH THE UN CONVENTION ON THE RIGHTS OF THE CHILD,” UNICEF UK.