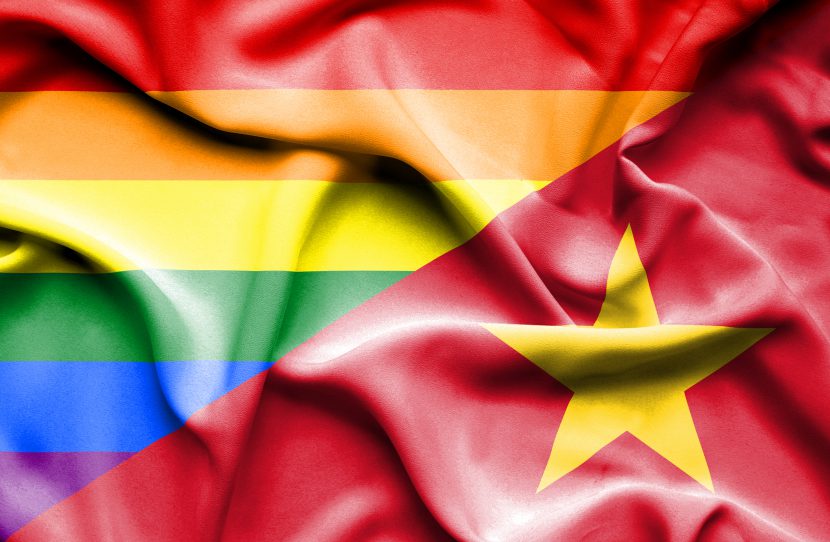 Following Human Rights Watch’s (HRW) recent report “‘My Teacher Said I Had a Disease’: Barriers to the Right to Education for LGBT Youth in Vietnam”, Humanium calls on the government of Vietnam to protect the rights of LGBTQ+ children and adults.

Published on February 12, 2020, the document reports on the conditions which LGBTQ+ youth have to endure in Vietnam within their environments. Beyond legal issues, LGBTQ+ youth face discriminatory cultural and social standards. (Human Rights Watch, 2020)

The key issues described in this report include: untrained and ill-equipped teachers regarding LGBTQ+ issues, consequential heightened discrimination against LGBTQ+ children, spread of myths asserting that same-sex attraction makes a child ‘sick.’ In the face of such discrimination, HRW points out that the government has “ignored laws intended to prevent stigma, discrimination and bullying.” (Hodal, 2020) Instead, education authorities teach the child that homosexuality is a disease which requires a cure.

In June 2016, the United Nations Human Rights Council adopted a resolution on “Protection against violence and discrimination based on sexual orientation, and gender identity,” built on two past resolutions in 2011 and 2014. (Human Rights Watch, 2016) This marked an important step in LGBTQ+ rights; confirming the UN’s global support for the community, while raising awareness of discrimination, and providing measures to address this violence.

Globally, we have seen more acceptance of the LGBTQ+ youth community, and efforts to protect members against discrimination with the help of the UN. Although the UNCRC does not directly include any articles concerning the LGBTQ+ youth, in 2016, Ana-Maria Bucataru urged UN member states to use the following articles of the Convention on the Rights of the Child to promote LGBTQ+ rights: “education (Article 28), health (Article 24), identity (Article 8), protection against discrimination (Article 2), adequate standard of living and ultimately their right to life, survival and development (Article 6).” (Bucataru, 2016)

By the UN and World Health Organization (WHO) standard, homosexuality is decriminalized, and not considered as a disease. It is thus recognized today that LGBTQ+ people have the same rights as those outside the community. Children are given those same rights.

More specifically in Vietnam, these issues have also become pertinent. UNDP points to a particular turning point in 2012, with “media exposure, prominent and positive events, and support from the public and government.” (UNDP and USAID, 2014) The first Viet Pride occurred in 2012, with support from the UN. Regarding media, from may 2012, to June 2013, over 40 radio programs with theme of gay and transgender issues have appeared in the Vietnamese news. Information Connecting and Sharing (ICS) organized talk shows on sexual diversity with 30 universities, while creating clubs and creative youth groups in Ho Chi Minh City and Ha Noi. (UNDP and USAID, 2014)

Graeme Reid, LGBTQ+ rights director at Human Rights Watch has recognized this change towards acceptance of the LGBTQ+ community: “Largely thanks to a vibrant civil society-led LGBTQ+ rights movement, social awareness and acceptance of sexual orientation and gender identity has increased greatly in recent years in Vietnam.” (Hodal, 2020) It’s true; in 2015, Vietnam voted to recognize transgender individuals, allowing those having gone through gender reassignment surgery to legally change their gender on official documents, but the bill needed to enforce the law has still not passed. (Hodal, 2020)

Indeed, there have been backlashes. In 2012, the Minister of Justice Ha Hung spoke positively of homosexual people. In the same year, the Vice-Minister of Health showed support for legalization of marriage. In 2013, Vietnam acted on this, decriminalizing same-sex wedding ceremonies, allowing same-sex couples the right to live together. However, in June 2014, the National Assembly passed a revised “Law on Family and Marriage with no clause to prohibit or recognize same-sex marriage. In practice, this meant same-sex partners do not receive any legal recognition, hence held at a disadvantage in comparison to heterosexual partners. (UNDP and USAID, 2014)

There have been other efforts. In 2016, on the UN Human Rights Council, Vietnam voted positively for a resolution “on protection against violence and discrimination on the basis of sexual orientation and gender identity.” (Human Rights Watch, 2020) In 2019, with the United Nations agencies, the education ministry worked on a sexuality education curriculum inclusive of LGBTQ+ issues, but the curriculum has unfortunately not yet been produced. (Human Rights Watch, 2020)

Indeed, their efforts have not been enough; the 2020 HRW report confirms this. The discrimination faced by LGBTQ+ children and adults is not a recent phenomenon. This behavior reflects the government’s past attitudes, and social and cultural standards concerning LGBTQ+ issues which have come through in past reports.

In 2014, the UN Development Programme collaborated with USAID to publish a report to describe the school conditions for LGBTQ+ youth in Vietnam. From their research, they drew up recommendations for civil society organizations, and the government in which they emphasized the importance of legal recognition of LGBTQ+ youth, and the cooperation with UN agencies. Interested in the networking of LGBTQ+ organizations, they emphasized on the importance of media (video, the Internet and social media) in order to spread wider acceptance of LGBTQ+ communities. (UNDP and USAID, 2014)

The most recent report by HRW describes the discrimination which the LGBTQ+ youth suffer on a daily basis, both at school and in the home. It is based from a survey with fifty-nine LGBTQ youth, parents, teachers, and other school staff. The main issue is disinformation, where children and youth are taught that homosexuality is a disease, instead of a “natural variation of human experience.” Beyond disinformation, Vietnam does not currently have institutions or centers in which LGBTQ+ youth can inform themselves on these issues. They are thus left in the dark. Within this context, they suffer verbal, and sometimes physical abuse, which takes a toll on their school experience and their mental health. (Human Rights Watch, 2020)

In this report, HRW draws out the key issues relating to the condition of LGBTQ+ youth in Vietnam. First of all, there is misinformation about sexual orientation and gender identity, visible through the spread teachers’ incorrect information, and the lack of information in official sources, or the abundance of false information such as the understanding of homosexuality as a mental health condition. As a result, children suffer verbal harassment, physical abuse, and succumb to a pressure to conform to heteronormative social norms.

To make matters worse, schools have had inadequate responses to these abuses; HRW makes clear in its report the benefit of an inclusive school environment. HRW also points to the responsibility of parents, and the need for the government to respect human rights legal standards, providing safely the right to an education, while preventing bullying, and the right to health services. (Human Rights Watch, 2020)

As a result, HRW calls on the National Assembly to review its laws concerning LGBTQ+ marriages and discrimination in education. Furthermore, HRW urges the Ministry of Education and Training to revise its guidelines, and provide training for discriminatory-free education, instructing the teachers on gender and sexuality, while including classes on LGBTQ-related issues. In addition, HRW calls on the Ministry of Health to recognize World Health Organization Standards of LGBTQ rights. Lastly, HRW recommends for the Ministry of Foreign Affairs to work with the Vietnamese government in order to invite a United Nations independent expert on protection against violence and discrimination. (Human Rights Watch, 2020)

In this report, we notice that anti-LGBTQ+ discrimination occurs both on the legal side and the socio-cultural side. Beyond unjust laws, the Vietnamese culture also pushes back against acceptance of LGBTQ+. It is necessary, nonetheless, for the government to make the step toward protection of its LGBTQ+ members, by revising its laws and working within the UN and WHO standards. Raising awareness on this issue, at Humanium we hope to encourage the Vietnamese government to act.

Bucataru, Ana-Maria. (2016), “Using the Convention on the Rights of the Child to Project the Rights of Transgender Children and Adolescents: the Context of Education and Transition,” QMHRR 3(1), 59-81.

Hodal, Kate. (2020, February 13), “Vietnam accused of teaching young people that being gay is a ‘disease’,” The Guardian.

Human Rights Watch. (2020, February 12) “ ‘My Teacher said I had a disease’ Barriers to the Right to Education for Lgbtq+Youth in Vietnam,” HRW.