Bangladesh, which ratified the International Convention on the Rights of the Child (CRC) in August 1990, has committed itself to respect, defend, and promote the rights of Bangladeshi children. Yet, despite its promise, the country faces serious problems (ineffective services, inadequate politics, etc.) that are currently hindering children from accessing the full enjoyment of their rights. 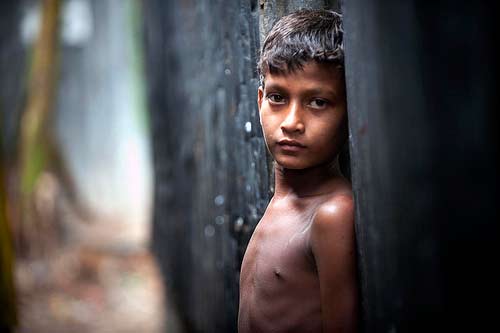 More than 60 million children live in Bangladesh (that’s 8 times the number of children in France); half of them grow up in the most abject poverty.

Poverty, which affects a large majority of young Bangladeshi and is the result of a high unemployment rate, has severe repercussions on children’s access to: a healthy diet, health services, an education, sufficient financial resources to overcome this poverty etc.

The child malnutrition rate remains troubling in Bangladesh. It mainly affects poor families who don’t have the means to easily feed themselves. Additionally, severe weather (floods, natural disasters, etc.) of which some families in rural areas are victims, has compromised their food security.

Waterborne diseases also remain serious. In fact, because drinkable water is rare and sanitation systems are inadequate, Bangladeshi children often suffer from diarrhoea. What’s more, a large number of parents forget to wash their hands leading to the spread of bacteria.

Regarding vaccinations, a large majority of children between ages 1 and 2 have been vaccinated. On the other hand, due to a lack of support from medical services in remote regions of the country, families stop having their children vaccinated.

Although the mortality rate for those less than 5 years old has considerably diminished, it still remains troubling.

For lack of means, mothers don’t know where to turn when they need assistance. In fact, the country seriously lacks paediatric services and qualified personnel. Additionally, information about birth given to young women is almost non-existent. Very often, they don’t know, for example, that their baby needs to breastfeed immediately or that they need to keep them warm.

Bangladeshi parents rarely report the birth of their child to authorities. Yet, without a birth certificate, a child’s right to identity is not respected. In fact, they are not recognized as full fledged members of society and can’t exercise their rights. From then on they appear invisible in the eyes of the community.

Also, unregistered children are not protected from abuse, such as forced labour, prostitution, early marriage, smuggling and trafficking, etc.

Therefore, it is essential that the Bangladeshi government undertake to automate the birth registration system and the delivery of birth certificates. 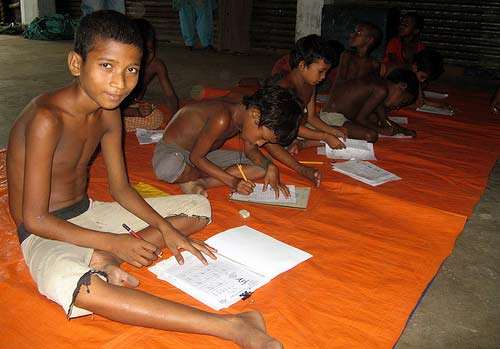 In Bangladesh, education is free, and it is mandatory for children between 6 and 10 to attend school. However, child labourers, handicapped children, native children, etc. only rarely have access to education. Their right to education is not respected.

This is also true for children from poor communities (especially boys) who must often abandon their education to be able to help their family financially.

The quality of education is not very good because a third of professors teach without a diploma. Additionally, infrastructures are outdated: the lack of separate sanitary facilities for girls, the lack of ventilation and lighting, etc.

Also, the abuse some children face in the school setting remains widespread. In fact, studies have shown that children were physically abused by their teacher and that girls were often sexually harassed at school or on their way to school.

Bangladeshi children, in public and private establishments as well as in their families, undergo different forms of violence and negligence. In school, for example, teachers often mistreat their students. The police are also known for their use of force, even towards juvenile offenders.

In Bangladesh, corporal punishment and degrading treatments are the norm because they are allowed by law and society. 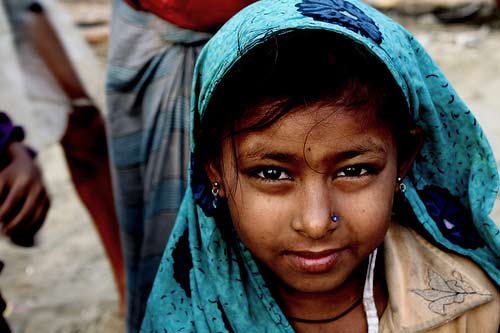 Although illegal, child marriage remains a widespread practice in Bangladesh. In fact, a third of young Bangladeshi girls are married before the age of 15.

Custom requires that the family of the bride pay a sum of money to the family of the groom. Sometimes, instalments are paid after the marriage. The danger is that in case of non-payment, the young girl risks being abused.

Child marriages have negative repercussions on their health, development, and the full exercise of their rights. Married at an early age, young girls have limited social interaction because they have abandoned their education. What’s more, they risk early pregnancy, which can have dangerous consequences on their health and the health of the child.

Legislative measures and information campaigns must be implemented so that Bangladesh can, on one hand, forbid these traditional damaging practices, and on the other hand, inform communities about the dangers that these customs generate.

Because of extreme poverty, families are often forced to make their children work. They are generally employed in construction, battery recycling, road transport, car repair shops, and tobacco factories. 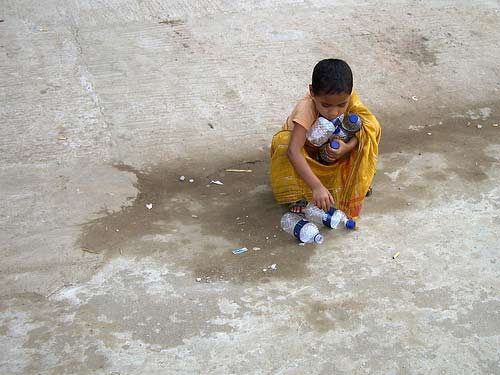 Bangladesh is also confronted with the situation of young boy-jockeys. They are sent to the middle east where they are employed in camel races as jockeys. Their diet is often restricted so that they don’t gain weight. Additionally, they are often subjected to physical and sexual abuse.

The committee of the Rights of the Child is very concerned about these sentences and recommends that the State forbid the death penalty or life in prison for youth, that it raise the age of criminal liability to 12, and that justice for minors conform to the International Convention on the Rights of the Child. 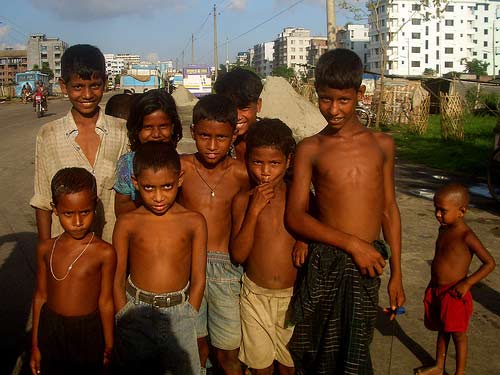 Children from poor Bangladeshi communities have a high risk of being sold by their parents, who imagine the migration beneficial: secure wages, better living conditions, etc. Yet the reality is anything but: children are exploited, girls in particular are at first employed as domestic servants, then as prostitutes.

In many cases, children who are under under the influence of traffickers live and work in the streets.

In Bangladesh, children rarely have the possibility to express their opinions and to participate in decisions taken at home, at school, etc. Likewise, in legal and administrative proceedings, youth are rarely heard. They don’t take part in decisions concerning them. Consequently, progress in the area of participation must be undertaken.