During the last 10 years, around 10 million children are estimated to have been killed as a result of war. The situations resulting from armed conflicts affect primarily children because of their vulnerability, and do so in many different ways. Often alone and helpless because of the reigning chaos, some become child soldiers, others are forced into exploitation. The fundamental rights of these children are shamelessly flouted for the benefit of barbarous and cruel acts. Many of them remain deeply traumatized, wounded, or even disabled.

Armed conflicts create and inflict a great deal of suffering on populations. Often, children are the primary victims. Their situation can be classified into the following different categories:

– Civilian victims: During armed conflicts, it often happens that schools or even hospitals are targets of armed forces. Because of this, civilians in these places become victims of these attacks through no fault of their own. It should also be noted that after the end of a conflict, antipersonnel mines, cluster bombs, or other explosive remnants of war are instruments of death that continue to strike civilians. As a result of all these conflicts, many people, most particularly children, die each year.

– Child Soldiers: A child soldier is defined as any person less than eighteen years old who is a member of armed governmental forces or of a regular or irregular armed group or associated with these forces, whether or not there is an armed conflict (1).

– Displaced Children: During armed conflicts, a large number of children find themselves separated from their parents or those who have them in their care. There exist different categories for displaced children.

– Orphans: Because of war, many children find themselves orphans after the death of their parents.

– Wounded or Handicapped Children: Because of war, children are wounded, mutilated, or become handicapped as a result of the atrocities that they have had to live through.

– Imprisoned Children: In times of conflict, children are frequently imprisoned. The reasons for this imprisonment are diverse, but in most cases, it results from the association of the children with the armed forces of a State.

– Exploited Children (sexual exploitation or even forced labor): Often children are victims of sexual abuse. Most of the time, sexual violence increases considerably during times of conflict. Children are also subjected to forced labor and participate in hostilities through no fault of their own.

Why do the situations created by armed conflicts have repercussions on children in particular?

Confronted with the chaos caused by armed conflicts, children are the most wronged. In fact, most of the time they are still too young to understand what is happening or do not have any way to defend themselves against the danger. They are, therefore, vulnerable and become easy targets that armed forces have no qualms exploiting.

If they are not killed, mutilated, imprisoned, or raped as a result of barbarism, they are sexually exploited or reduced to slavery. Moreover, rape is sometimes used as a tactic of war against children and women in order to torture, wound, obtain information, intimidate, or punish. 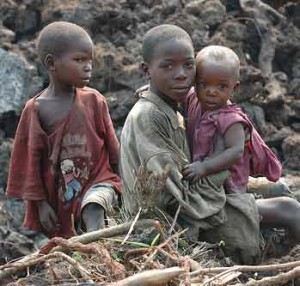 Additionally, because of armed conflicts, children are separated from their families and find themselves alone, panicked, lost, and in need. Left to fend for themselves, they suffer from an inability to take care of themselves. In order to survive, they are often forced to flee their country.

Concerning the recruitment of child soldiers, the main reason why armed forces choose children over adults is explained by the ease in convincing them to join these groups and in manipulating them afterward. Children are naive, innocent, unconscious of danger and “are much cheaper”. They also tend to obey and do not challenge authority. Finally, children living in a difficult situation often see this recruitment as a way to resolve their problems.

Consequences of war on children

“At least two million children have died in the last 10 years as a result of wars started by adults, whether they were civilian targets or whether they were killed in combat as child soldiers. The number of children wounded or disabled is three times larger, and there are even more suffering from sicknesses, malnutrition, sexual violence, and the hardships of flight. Countless children have been confronted with the anguish of losing their home, their belongings, and those close to them. In such conditions, practically all the necessary constants for child development are seriously disrupted, and the psychological damages of armed conflicts are incalculable. (1)”

In spite of the fact that wars also affect adults, children are unfortunately too often the direct but powerless victims of the horrors committed against their family.

In each conflict, numerous children are killed, wounded, or even exploited. Others are imprisoned, forced to leave their country to survive, or join the armed forces becoming “child soldiers”. Many find themselves orphans with no protection.

Other consequences can be added to this list. Confronting the horrors of war, children are subjected to profound emotional trauma which marks and changes them forever. These moral wounds are difficult to heal and have serious repercussions on their future life.

These children, unable to grow up in an atmosphere of trust and having had to face atrocities from a very young age, often develop the conviction that violence is a way like any other to solve disputes, and so it is difficult for them to send a message of peace and international security to future generations.


Children are also affected by war in a more indirect way. Armed conflicts also result in the destruction of infrastructure and basic services (hospitals, schools), which prevents children from having access to education and care. Most of the time, children find themselves without protection.

The prevention of armed conflicts is the only way to manage to improve the lives of child war victims. By collaborating with governments, many actors (the United Nations (UN) or other international organizations) can contribute to the implementation of preventative action.

The UN uses different techniques to prevent or manage conflicts between two countries in conflict, in order to create conditions for a return to a lasting peace. As an example, peacekeeping operations have a goal of establishing a United Nations presence in countries of conflict (with their agreement). The UN then has the possibility of deploying and maintaining on site troops, police, and civilian personnel. These people have the mission of assuring security and bringing the necessary political support for the consolidation of peace.

The protections of international law

In international humanitarian law, a child is protected not only in a general way as a person not participating in hostilities, but also benefits from a special protection by reason of the quality of being particularly vulnerable. A child who participates in hostilities is equally protected as well.

A child has the right to these protections both in cases of armed international conflict or in its absence, in reason of principle of the 2nd additional protocol, according to which “neither the civilian population neither individual civilians shall be the object of attack”

This protocol compels States to take all possible measures in order to prevent children less than 15 years old from directly taking part in hostilities. It forbids their recruitment into armed forces.

“More than 25 articles of the Geneva Conventions and their additional protocols specifically concern children.They include rules on death penalty, acces to food and medical care, education in conflict zones, detention, separation from family and participation to hostilities. The rights guaranteed by the Convention on the Rights of the Child, almost universally ratified, are applicable during armed conflicts” (2).