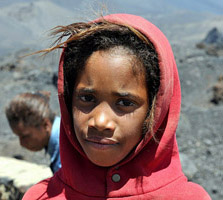 In spite of Cape Verde’s economic and developmental issues, the island nation seems to be heading in the right direction with respect to the rights of the child, especially with its efforts to reduce poverty. 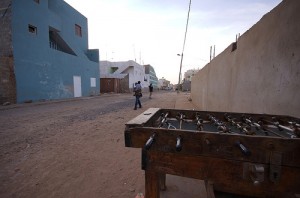 Poverty is still the main problem for children. The situation is heightened by the growing disparities between rich and poor regions, between city and rural children, between boys and girls, as well as within the ten islands that make up the archipelago.

The government does not provide sufficient financial assistance to families, especially not to single parents.

Other problems include a lack of resources, poor housing conditions, the failure of social protection, and problems enforcing child support payments from non-guardian parents.

The minimum legal amount of schooling is not enough, and many children stop school too soon in order to work, despite a higher legal employment age.

Many girls are affected by the practice of “temporary suspension of pregnant students,” and don’t resume their schooling after they give birth.

The quality of education is usually poor, with an inadequate amount of available materials and too few, mostly poorly trained teachers.

Finally, children have a woefully limited access to nursery school and kindergarten, especially the more impoverished.

The constitution of Cape Verde does not officially forbid discrimination, not even on the basis of gender and handicap. There is still widespread discrimination against women, which can also impact children. 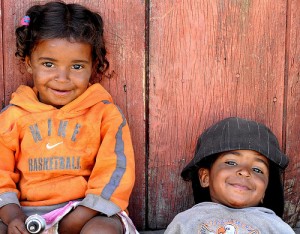 Physical punishments are still in wide use both in the home and in schools. Police also use physical force against vulnerable groups, including street children.

There is a lack of awareness among the population regarding disciplinary methods that both respect children’s dignity and conform to the Convention.

The rate of sexual violence and incest has also risen. Unfortunately, few investigations are ever undertaken, mostly because of cultural taboos which discourage anyone from filing complaints.

In spite of the progress to date, child mortality is still too common. Most are due to diarrhea, respiratory problems, malnutrition, and other health issues.

Social services generally do not run well: almost 20% of the population lives with mediocre sanitation facilities, housing conditions, and access to drinking water. Children in rural areas are particularly affected, mostly on the further-flung islands. 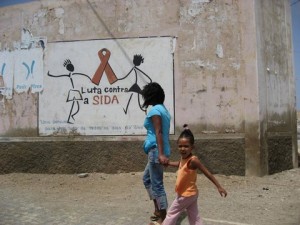 Sexual health and family planning services are also limited, as is pre- and postnatal care. Sex education is lacking, especially regarding the prevention of unwanted pregnancy, the widespread practice of non-medical abortions, and the battle against STDs and HIV/AIDS.

Drug addiction is also becoming more and more common in Cape Verde, especially in the inner cities of Praia, Mindelo and Sal.

Adolescents are particularly susceptible to this, as well as to alcoholism and cigarette addiction.

Handicapped children have an even more difficult situation in Cape Verde than other children.

Although programs have been started specifically to aid these children, no specialized institutions exist for them in the archipelago. Unfortunately, they are not allowed into the normal school system.

Cape Verde is still a transit country for the trade of girls who have turned to prostitution in order to survive. However, boys are also sexually exploited, especially on the island of Sal.

Additionally, there is a troubling lack of informative and preventative campaigns, and services to help with the reintegration and adaptation of children caught within these networks.

Some children live in the streets due to their level of poverty. These children exist in higher numbers in the main city centers. They usually work as car washers or vendors. These children are usually vulnerable and unprotected, and risk abuse or being forced by adults to commit robberies.

Family reunification programs, education assistance, and reintegration systems have been put in place to help them, but are currently inadequate. 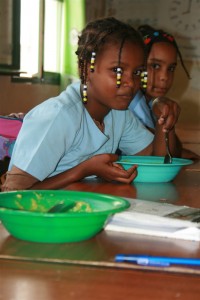 The Convention on the Rights of the Child is not directly applied by either the courts or administrative organizations.

Also, there is a troubling absence of a specific institution for children to file complaints about rights violations in a clear and coherent manner.

These children are usually uninformed about their options, and their sentences are not short enough for their status as a minor.

Also, there is a general overcrowding in prisons, as well as a lack of specially adapted spaces for minors’ needs.

It is difficult to access public services in this country because of the geographic island layout.

The country also does not have enough natural resources, and there are few sources of drinking water, especially because of repeated drought and desertification.

Birth Records and Right to an Identity

In spite of some progress, many children are still not officially recognized at birth because of the complex records process, especially in isolated and sparsely populated areas. Parents are also not adequately informed of the necessity of such records.