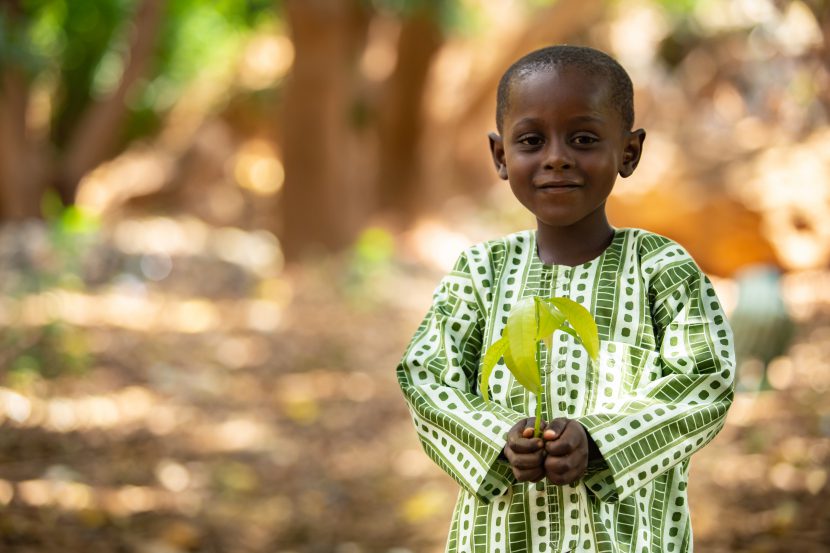 Child marriage is a serious violation of every child’s right to reach their independence and full potential. Approximately 650 million young girls are married before their 18th birthday (UNICEF, 2018). Nowadays, even though this practice has decreased in many countries, it is declining at a very modest rate in the sub-Saharan Africa, where child marriage is still a common practice.

The Critical Situation of Niger

It is estimated that 76% of girls in Niger are married before they turn 18 and 28% become brides before they are 15 years old. (Child marriage rate in Niger, s.d.). According to UNICEF, Niger has the highest rates of child marriage in the world, thus positioning itself at the top of the international ranking. In this country, children in rural areas are more affected than those in urban areas. Apart from that, educated girls are usually less exposed to this practice than those who did not have the chance to attend school. The poorer is the family, the more the girl would be subject to this practice for economic purposes. (World Bank, n.d.)

Child marriage in Niger is addressed in family law, which is a branch of law formed by different sources: the Civil Code, customs and international legal instruments. According to the Civil Code, the minimum age of marriage is 18 years for boys and 15 years for girls, thus highlighting a strong gender gap in the matter, but most unions take place under customary law. An amendment to the Civil Code changed the legal age for marriage for both boys and girls to 21 years (Civil Code, Art. 144, 148 and 158), even though children could still be given into marriage at a younger age with their parents’ consent. (OECD, s.d.). Furthermore, the law does not impose any sanction on child marriage. Judges have no instrument with which they can annul a marriage if a girl takes action (marriage can be challenged after one year by either parents or the girl herself).

Nafissa is a Nigerian girl who was married off as a 14-year-old to a 34-year-old man she did not know. She is now 22 and remembers how her husband used to hit her and forced her into sexual relations. After losing a child at childbirth and getting pregnant for the second time, Nafissa decided to flee: ‘I was good at school. I got a good mark at school and I remember that was a good day. Until everyone started calling me ‘young bride’! ‘Young bride!’ and I realized that I had to leave school because I was going to be married off.’ (Aljazeera, s.d.)

Girls marrying at a young age prevents them from getting pregnant outside of marriage, which is considered to be a source of shame for the family. Marriage is valued by the community because it confers social status to women, who are generally viewed as wives and mothers: their role is inside the household, at the service of the husband and children. Many families invest in their son’s education and future whilst leaving their daughters doing housework: a job that does not require schooling.

Furthermore, the majority of parents consider school to be a place full of dangers for young girls.  In certain areas, including rural Marake, some people believe that girls should be married before their first period, as bloodstained clothing may be perceived as loss of virginity which brings shame to families. Child marriage is seen to protect a girl’s dignity and preserve her virginity. (Girls Not Brides, s.d.) Apart from that, child marriage is often considered a means of reducing the financial burden for parents with modest income, as the marriage itself is a source of income. Marrying their daughters is a parents’ strategy of economic survival.

Niger committed to eliminate child marriage by 2030 in line with the Sustainable Development Goals – the blueprint to achieve a better and more sustainable future for all. Some changes and legislative reforms were reported: in 2014, Niger signed a joint statement at the Human Rights Council calling for a resolution on child marriage (OHCHR, 2014); in 2016’s Universal Periodic Review, concerns were raised about high rates of child marriage and Niger supported recommendations to adopt Family Law that would protect girls from this practice and increase the minimum legal age to 18. In 2017, the government of Niger was asked to keep track of data regarding child marriage, as well as to provide training for judges, prosecutors and the police to ensure perpetrators of child marriage are punished. (UNICEF, Ending child marriage Niger, s.d.)

What Can Still be Done?

Although Niger is a country in Africa with the highest rate of child marriage and even though the statistics are worrying, Niger officially does not condone such practice and it has engaged itself in reducing – or better eliminating – child marriage. It has signed and ratified many international treaties, but there is still a lot of work to do by applying those laws in practice.

Very importantly, girls need to be empowered and become aware of their rights in order to overcome this conservative culture that makes them victims of such practice. Empowering girls could help reduce the practice: every girl has the right to decide on her own future, but not every girl knows this. When girls are confident in their abilities, armed with knowledge, they are able to stand up and say ‘no’ and fight for their freedom and independence.

Apart from that, since one of the causes of child marriage are economic difficulties, providing families with livelihood opportunities like small loans could prevent child marriages that happen as a result of such financial needs. Once the financial situation of families is modest and stable, daughters would not be seen as economic burdens and parents could allow them to go to school and get an education in order to acquire skills to secure a profitable future for the family.

Through its numerous projects, Humanium continues to work in local and rural communities to support change on-site for the betterment of children’s lives. One of such projects, project in Rwanda, aims to improve and protect children’s rights by supporting psychologists and social workers there who themselves support families and kids in need. In 2018 and 2019, Humanium personally worked with many child mothers in Rwanda and is encouraged to continue doing so in the near future. Help us contribute towards the fulfilment of young girls’ rights around the world. Consider making a donation, becoming a Humanium member or joining Humanium as a volunteer. Let’s make the world a better place for children!