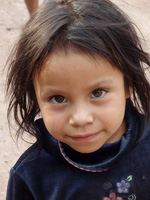 Honduras is one of the poorest countries in Central America. Although the situation of children in Honduras has improved in recent years, problems arising from the very poor standard of living and the atmosphere of insecurity persist.

Spread of information on children’s rights and attitudes

Information on the child rights situation in Honduras is inadequate due to obstacles to investigations. The human rights defenders and journalists who conduct these investigations are often arrested and sometimes killed and there is a lack of information collected by the Honduran government itself. 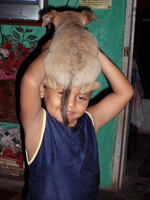 Also, the child is not considered to be a person with rights, and the principle of the best interest of the child, although legally recognised, is not applied. However, these attitudes, particularly those regarding sexual abuse, domestic violence and violence against girls and indigenous peoples, are slowly changing.

Corruption is ubiquitous and the lack of dissemination of information on child rights, particularly in rural areas, affects the daily lives of children.

Persons in contact with children are not adequately trained, which means that abuse is common and children’s views are rarely taken into account.

The poor economic situation has devastating effects on the living standards of children, particularly in rural areas. In urban areas, the children most affected are those living in “barrios marginales”. These are the most impoverished neighbourhoods with little or no amenities, located at the edge of cities.

The price of food and water is too high for the majority of the population who are unable to meet their needs or access basic commodities and services such as health and education. Some families are therefore forced to make their children work to feed the entire family instead of sending them to school.

Furthermore, nearly 50% of Honduran families are single-parent families and do not receive any State allowances.

Because of these problems, many children live without the protection of their families. Some are housed in welfare centres, but social spending is insufficient for the implementation of effective measures. In 2009, the UNICEF estimated that there were more than 150,000 orphans in the country.

Lack of education is primarily linked to poverty. For example, due to the lack of drinking water, children are sent to fetch water and therefore cannot attend classes.

Many children, especially girls, do not go to school for fear of theft or violence because of the climate of insecurity.

Moreover, the level of education is qualitatively poor and inadequate, particularly in rural areas: school hours and the length of the school year are short; schools have few teachers, no textbooks, teachers are overworked, and no technical training or pre-school facilities for children exist. This results in high dropout and illiteracy rates. 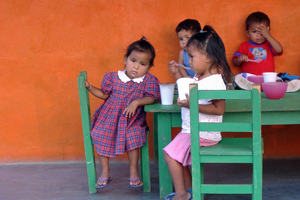 Curriculum materials and teaching methods are not adapted to the cultural context. Honduras has many different ethnic groups and some of the Honduran population  speak local dialects, such as Garifuna or Creole.

However, the national system does not provide for translations into English and Spanish, the two languages used for education. This causes major problems in the education of these groups and the illiteracy rate among these peoples is thus well above the national average.

Not all households have access to safe drinking water or basic sanitation, particularly in remote areas. In 2008, more than 23% of the population in rural areas did not have drinking water.

A high suicide rate among young people, particularly adolescents, as well as a high risk of maternal mortality due to illegal abortions, has been observed. There is also a significant consumption of alcohol and tobacco as well as other forms of substance abuse among the young.

Most orphanages do not accept many street children and those who are accepted often run away when they are suffering from withdrawal symptoms. In fact, over 90% of them resist hunger by inhaling “Resistol” or shoe glue, which though less expensive than food, is highly toxic and many children die before they are 18.

The Honduran government rarely supports disabled children due to the lack of infrastructure and appropriate adaption systems. Many are therefore not enrolled in primary schools or abandon their studies prematurely. Subsequent social inclusion is also limited.

The AIDS virus is spreading at an alarming rate in Honduras. In 2009, only 28% of girls in the 15-19 years age group had a comprehensive knowledge of the disease. The risk of mother-to-child transmission is thus very high in the light of the large number of women living with HIV in the country.

This disease affects Honduran children in three ways: they suffer from AIDS themselves they are orphaned because of it; or they are discriminated against because of the general ignorance of the population. 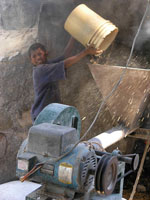 In 2010, 16% of children were employed, mostly in the agriculture industry for vegetable harvesting, but the phenomenon is observed also in mining, deep sea fishing, among the female labour force in large factories, etc. Children often work in conditions that are hazardous to health. Children in rural areas and indigenous peoples are particularly affected. 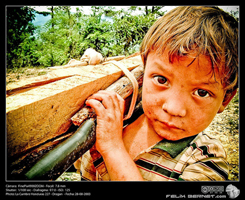 The environment and the climate

Honduras is regularly hit by extremely violent storms and hurricanes that damage and destroy structures (schools, houses built of recycled materials, roads, crops, drainage systems…). Such disasters prevent access to school and health care and contribute to widespread poverty and the deterioration in the situation of children. 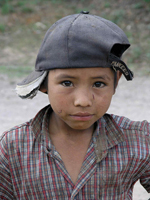 Despite the ratification by Honduras of the Optional Protocol to the Convention on the Rights of the Child on the sale of children, child prostitution and child pornography, no governmental body is entrusted with the task of implementing the required measures and little effort has been made to raise awareness of this problem.

All forms of sexual exploitation of children for financial gain remain widespread in Honduras. Girls and migrant children are particularly vulnerable. 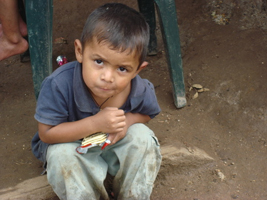 Street children are mostly found in the two largest Honduran cities: Tegucigalpa and San Pedro Sula. The majority are boys who leave the house at around 12 years.

Street children face violence, disease and hunger on a daily basis, and run the risk of prostitution … To survive, they are forced to steal, scavenge from garbage bins or polish shoes.

The poorest and most marginalised children choose violence as a means of survival. They are perceived as vermin and are often accused of all possible crimes, the most common of which is that they scare away investors and tourists. 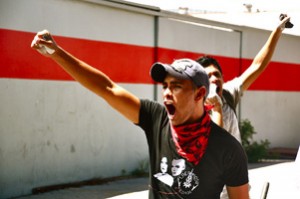 Some children join the “mara” gangs that spread terror and which act as a substitute family for young people. Some are killed, others become killers and if they decide to leave the group, they run the risk of complete social exclusion, mistrust, insults and beatings, and even death.

The promotion of non-violent techniques of discipline and education in Honduras is urgently required. The family tradition permits corporal punishment, and violence and sexual abuse are common within families, in schools and in institutions. Prosecutions are rare and few investigations lead to convictions.

Usually seen as criminals rather than victims, there is little psychological counselling or rehabilitation assistance for child victims of violence. 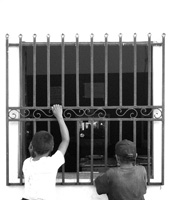 Honduras is one of the most violent countries in the world: many disappearances and extrajudicial executions of children are reported. These acts are apparently committed by the police, by gangs or by anti-Maras. There are increasingly more and more paramilitary groups such as the “Sombra Negra”, which are responsible for such acts.

In 2012, 78 arbitrary executions and violent deaths of young people under 23 years were reported; of these, 64 were with the help of firearms.

Most of these killings occur in the poorer neighbourhoods and there is often no police investigation or conviction.

Children become criminally responsible at as early as 12 years old. Although crimes committed by children under the age of 18 are covered by a special Code for children. 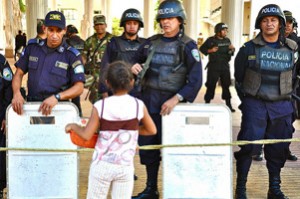 Provisional detention is almost systematic and there are few effective measures to counter the deprivation of liberty for children.

Detention conditions are poor: there is overcrowding, lack of medical and psychological services, poor hygiene, systematic violation of the right to privacy, placement decisions without periodic review. Also, children are held with adults during detention.

Many children are beaten up during or after arrest. Some are tortured before being killed. The police are often involved but again, few investigations are undertaken to identify or punish those responsible. It is generally believed that rival gangs of children are responsible for these killings. Some organizations, however, deny this. They believe that these killings are committed with the collusion of the government in order to “clean up the streets”.