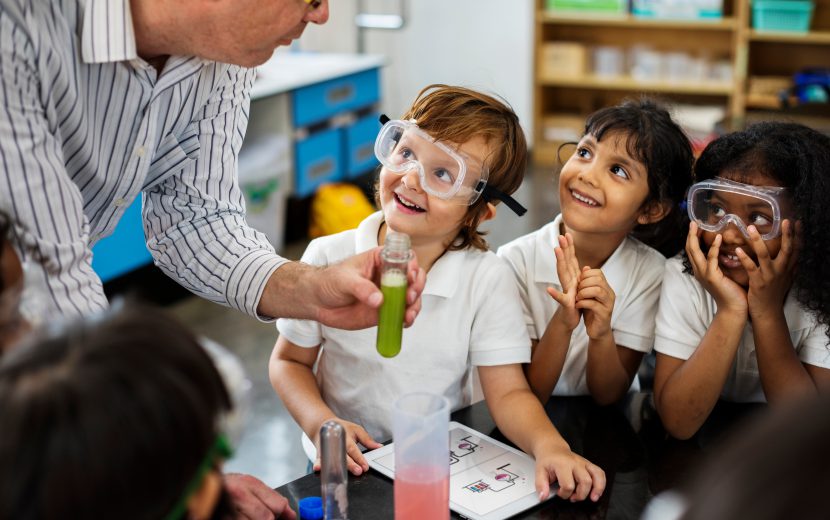 Participatory research that engages children as active, informed and informative agents has rapidly expanded over the past two decades. It includes children in the research and development of different social provisions such as education, health and the law, and can begin to address the absence of children’s voices in research (Groundwater-Smith et al, 2014).

The participation of young people varies gradually between participation on the level of consultants, participants or initiators. It provides for unique opportunities as well as challenges that a researcher has to consider on a case-by-case basis to ensure the efficiency and ethicality of the research.

The child as an active participant

Article 12 CRC uniquely embodies this shift by establishing that children are perceived as active participants, “very active, constructive thinkers and learners” (Flavell, 1992) and “active members of families, communities and societies, with their own concerns, interests and points of views” (Groundwater-Smith et al, 2014). In research, this shift can be characterized by the recognition of children having the strength and capabilities to shape their childhoods (Horgan, 2016). Therefore, participatory research involving children can be defined as “a research process which involves those being researched in the decision-making and conduct of the research” (Bourke, 2009).

When and how do children participate in research?

The participation is considered more meaningful, if the participating children are involved at all stages of the research. The main stages of research include the research design, data collection, interpretation and analysis, and the dissemination of the findings.

Children’s participation can start from the point of the research design. Children may participate by providing the initial research idea, finding the right questions, methods and procedure for collecting and analysing the needed information and defining the language of the research.

Children may also participate in the process of gathering information that enables them to answer the research questions and evaluate outcomes. In this stage, children can gather data in the field in many ways such as interviewing, conducting surveys, drawing, painting, writing, theatre, photography, filming, workshops, storytelling using software and digital tools, and mapmaking (Larsson, 2018).

Children may participate in the process of assigning meaning to the collected information and determining the conclusions of the findings. The participation of children at this stage of the research is currently rather tokenistic as their participation is rarely implemented (Flynn et al, 2015).

Children may also participate in the dissemination of research findings by, for example, engaging in a productive dialogue around the findings with stakeholders in order to increase local, national and international awareness on the selected issues (Van Blerk el al, 2007).

To what extent do children participate in research?

The child as a source of knowledge

Children may participate in research as informants by simply participating as a subject of the research/study (Broström, 2012). In the role of the child as a source of knowledge the responsibility and power lays solely in the hand of the adult researcher, who runs the process (UNICEF, 2002). Children can be identified to be a source of knowledge to different degrees:

The child as a producer of knowledge

In this role children take a role similar to a co-researcher, may initiate projects and share decision-making powers (Broström, 2012). This level includes the willingness of the adult-researcher to share power as well as a “successive transition from children seen as consultants to a stage where they obtain a position of power” (Larsson et al, 2018). The role of the child as a producer of knowledge can be divided into two levels:

Children and young people are involved in the decision-making processes in the research: The child share power with the adult researcher in making decisions, developing the research design and strategy as well as methodology. The children can be described as “central collaborators” or “co-designers” (Larsson et al, 2018).

Benefits and risks of child participation in research

Youth in research as a wicked problem in itself

The participation of children in research can be described as a wicked problem. “Wicked problems are difficult to define, highly complex, multi-causal, unstable, and include a lack of clear solutions or mitigation strategies” (Groundwater-Smith et al, 2014). Participatory research with children faces a unique set of risks and benefits as it requires transdisciplinary thinking and active engagement of the adult researcher. This means, there is neither a single solution nor a single approach or method that can be applied to all research involving children to ensure effective participation for children in research (Groundwater-Smith et al, 2014).

Benefits of the participation of the child in research

Meaningful involvement of children can have benefits for both the child and the research. On the one hand, it increases the validity of data, and on the other hand, children gain knowledge and valuable skills for cultural as well as political participation. The key benefits of the participation of children in research are twofold and outweigh the risks if meaningful participation is carefully guaranteed.

First, the participation of children in research on issues concerning them helps to contextualize the issue that affects youth and increases the authenticity of the research resulting in grounded knowledge (Bastien et al, 2015). The involvement of youth strengthens the evidence base for the research by increasing the diversity of perspectives. This highlights that children might not be absolute experts in matters concerning them, but they add an essential additional layer of knowledge and perspective to the research – in inclusive research terms also called “insider perspective” (Nind, 2014). Therefore, inclusive research allows developing policies, strategies and procedures with children which are better adapted to the needs and reality of children.

Secondly, “when children are accustomed to having a say and to being involved in cultural changes, it will be ‘natural’ for them to act in ways we refer to as political.” (Broström, 2012). The participation of the child in research encourages the development of a critical perspective as well as skills, gaining knowledge to be change-makers in their communities, improve their self-confidence and recognition as an active part of society.

While participatory research involving children has developed rapidly within the past two decades, child participation at many stages of research remains tokenistic. The unique nature of the challenges that this research comprises requires the utmost attention and self-reflection from adults involved at every stage of the research process to ensure meaningful participation and enable the full potential of the benefits research involving children can have for both the children themselves and the research outcome.

Risk of the participation of the child in research

The participation of the child in research provides for several challenges and risks. There are three main challenges: the power relationship between adult and child, the adult perspective on children and the issue of child protection.

The first challenge relates to the existing power relationships between adult and child researchers and the researcher’s ability to design and engage in effective participatory research in order to achieve a meaningful result. A central question concerning this relation is how to move beyond tokenism towards authentic participation (Bastien et al, 2015).

This issue is exacerbated by the lack of best practice guides on a conceptual and procedural level requiring adult researchers which are concerned with giving children a voice to think carefully and self-critically on how to address these power imbalances. While adults often function as gatekeepers positioning and selecting young people and children in the research in order to protect the well-being of vulnerable children, this position is often used to control the process and outcomes of the research (Bastien et al, 2015).

Another challenge is a biased and adult-led interpretation of children’s data. As mentioned earlier, children’s participation at this stage of research is currently rather tokenistic and this phase is usually led by the adult expert researcher (Flynn et al, 2015). This carries the risk of misinterpretation of data collected from and by children through the lens of an adult, including adult bias (Bastien et al, 2015). Therefore, the adult perspective might change the central essence and meaning of the children’s data.

The last key challenge concerns child protection and welfare by shifting the research burden upon children. Involving children in research comes along with using children’s time and often also pressure children as they may not fully realise how much will be required of them in participating in a study (Broström, 2012). These challenges highlight the importance of ethical considerations at all stages of the research. These considerations include a range of factors such as parental consent, the child’s informed consent, the adult researcher’s expectations as well as the project’s timeframe and flexibility.

At Humanium we strive to involve children in the research process at an early stage by listening to their needs, problems and wishes. Children of all ages strive to actively participate in a world that is entirely run by adults. Participatory research certainly supports children’s future development and it is an important step for children towards educated adulthood. Striving for quality education and participation of children is the core of Humanium’s methodology approach, helping them raise their voice in research for a better and more dignified future.

Bastien & Holmarsdottir (2015), “Growing up global – towards the critical engagement of youth and youth voices in research to address global wicked problems”, in: Bastien, Sheri & Holmarsdottir, Halla B. (2015) “Youth ‘At the Margins’ Critical Perspective and Experiences of Engaging Youth in Research Worldwide”, p. 1-19.

Flynn, C. & Saunders, V. (2015), “Research with Children of Prisoners: Methodological Considerations for Bringing Youth in from the Margins” in: Bastien, Sheri & Holmarsdottir, Halla B. (2015) “Youth ‘At the Margins’ Critical Perspective and Experiences of Engaging Youth in Research Worldwide”, p. 219- 240.

UNICEF Evaluation Office (April 2002), Children Participating in Research, Monitoring and Evaluation (M&E) – Ethics and Your Responsibilities as a Manager, Evaluation Technical Notes No. 1.