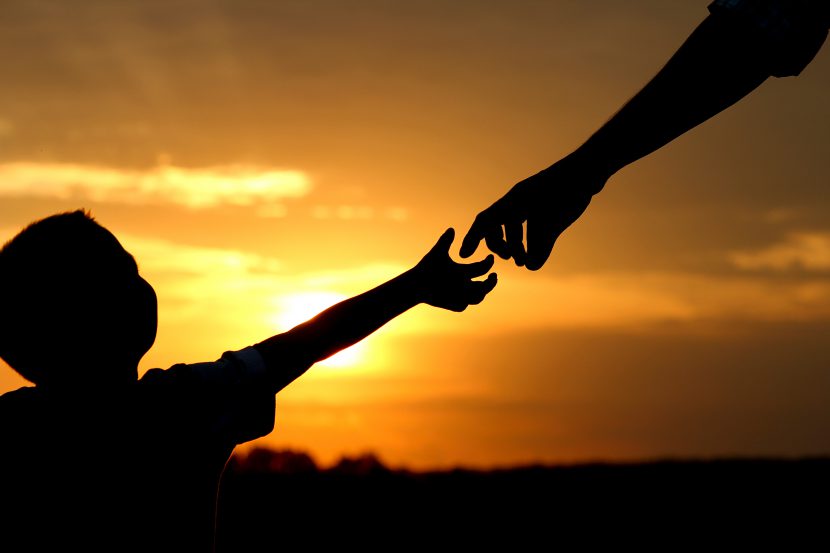 Every child has a right to safety and protection, regardless of where they come from or where they are going. This right, however, is not always upheld, and this is particularly visible when looking at the current migrant crisis at the US-Mexico border. Unaccompanied migrant children are being separated from their families, which has devastating consequences on them both mentally and physically.

Why are children and families migrating to the USA?

The detention of migrants at the southern US border is nothing new. There was an increase in unaccompanied migrant children in 2014 under President Obama, but a particularly staggering surge occurred under Trump’s administration (BBC News, 2021; Kassie, 2019). Migrant children and their families attempting to cross the border seek safety for various reasons such as protection from gang violence, the effects of the climate crisis and extreme entrenched poverty (Cheatham, 2021).

Two-thirds of these migrants are from Guatemala, Honduras and El Salvador, and most others are from Mexico, where people face a high homicide rate as well as the long-standing drug cartel war (Cheatham, 2021). Moreover, the pandemic-related job losses are a significant factor pushing migration to the USA. In addition, many are fleeing Honduras due to the recent hurricanes (BBC News, 2021). Since Biden’s presidential election in 2020, the general perception has been that migrants might be more welcome than under Trump’s presidency, which could be another reason for the increase (Cheatham, 2021).

The situation at the border

As of early May 2021, more than 22,500 unaccompanied children who recently crossed the southern border have been detained – a significant increase from the previous year (Kassie, 2019; BBC News, 2021). The number of unaccompanied child migrants increased nearly three-fold in March compared to the previous month, as the Biden administration announced that southern US border officials would likely be seeing the largest number of migrants in the last two decades (Cheatham, 2021).

The majority of migrants are teenage boys, and around 77% of unaccompanied children in immigration detention centres are fifteen years of age or older, though authorities have also detained infants and toddlers (Cheatham, 2021). While border crossings initially dropped in early 2020 due to the COVID-19 pandemic, they have since been steadily increasing (Cheatham, 2021). It is also important to note that complete border closures in response to the pandemic have aggravated the situation, as families and children are turned away without the option to make an asylum claim (Save the Children, n.d.).

After crossing the border, the unaccompanied children are taken into border authority custody, and are usually kept in dangerous and unhealthy conditions, including being forced to sleep on the floor and not having access to hygiene and basic services (Save the Children, n.d.). Due to the growing number of unaccompanied child migrants being taken by US officials, the system is becoming increasingly overwhelmed and overcrowded, thus worsening the conditions.

This is a clear violation of the law which states that all facilities hosting unaccompanied children must meet minimum standards of care, as well as provide access to legal, social and other basic support services through moving the children to the care of the Health and Human Services within 72 hours of crossing the border (Save the Children, n.d.).

The Departments of Homeland Security (DHS) and Health and Human Services (HHS) in the US share responsibility for unaccompanied alien children (UAC) under the age of 18, as per the Homeland Security Act of 2002 (Cheatham, 2021). US law states that UAC are migrants with “no lawful status in the United States”, and who don’t have a legal guardian or parent to care for them (Cheatham, 2021). However, UAC do not necessarily enter the US unaccompanied, as many are separated from their families at the border.

The United Nations holds that children seeking asylum should “almost never be detained”, but despite this, before the pandemic, around 330,000 children across at least 77 countries were detained annually (Cheatham, 2021). The most notable UN agreement which gives a framework of countries’ duties to child migrants is the 1989 Convention on the Rights of the Child, which upholds that children should not be separated from their families, nor be detained, unless as a last resort (Cheatham, 2021). However, the US is the only country worldwide that has signed but not ratified this convention, meaning that they are not legally bound by it.

The United States’ overwhelming use of immigration detention has created a “multibillion-dollar industry built on the incarceration of immigrants” (Kassie, 2019). Trump has had a particularly strong effect on this, due to the harmful laws he passed in order to deter immigrants and asylum seekers from crossing the border (Save the Children, n.d.). These harsh measures included expanding immigration detention and increasing family separations, creating dangerous conditions for unaccompanied children.

In particular, the US Justice Department announced their “zero-tolerance policy” in April 2018 under the Trump administration, which enabled authorities to detain and criminally prosecute all adults trying to enter the USA without authorization, rather than releasing them while they waited for their immigration court date (Cheatham, 2021).

An unjust practice that has been in place for years

It is important to note that after some investigation, it was proven that this child separation policy had actually been in place informally since 2017 (Pearle, 2019). As minors are not allowed to be held alongside their guardians or parents while they await trial, more than 4,300 children were separated from their families between July 2017 and June 2018, thus making them unaccompanied minors (Cheatham, 2021).

The severity and harshness of the zero-tolerance policy triggered a huge uproar, which led to Trump issuing an executive order to put a stop to family separations in June 2018, and a federal judge reunited the families concerned (BBC News, 2021). Unfortunately, however, this did not stop the informal separations which had been occurring since before the zero-tolerance policy was passed.

During the pandemic, while Trump was still in office, a health order called Title 42 was passed meaning that anyone caught illegally crossing the border was automatically deported (BBC News, 2021). This is particularly harsh considering the tremendous effects the pandemic has had, especially on migrants coming from low and middle-income countries (LMICs).

However, the new Biden administration has taken some action to combat the issue of children being separated from their families. In February 2021, Biden signed a series of executive orders to end the harsh policies which put child migrants crossing the southern border at risk, and he also established a task force to reunite children separated from their families (Save the Children, n.d.).

The conditions during detainment have detrimental effects on children’s physical and mental state, not only because of their lack of care and access to services, but also due to the endemic violence and exploitation which is especially prevalent in border cities such as Ciudad Juarez, Nogales and Matamoros (Save the Children, n.d.). Separating children from their families is cruel and has severe and long-lasting social and emotional consequences on them.

This has been confirmed by other child rights’ organizations who have found evidence that children living in institutions far away from their families are at high-risk for emotional, physical and psychological abuse, which can in turn lead to developmental problems, injuries, and enduring trauma.

Overcrowding in immigration detention facilities is also a serious issue, as well as children being held for weeks on end, which was especially evident during the Trump administration. In fact, six children died while in the custody of immigration authorities during his presidency, following a decade with no deaths of the sort (Cheatham, 2021). Although the pandemic has sharply cut global movement, it has also increased the vulnerability of migrants, especially child migrants.

Immigration detention centres are similar to prisons in terms of their conditions, the difference being that the detainees are not serving time for a criminal offence, making the system even more immoral. Migrants in these centres are waiting to hear whether they are allowed to remain in the USA legally, resulting in their being held to ensure that they show up to their hearings (Kassie, 2019).

On average, detained asylum seekers and legal immigrants wait over four weeks until their release, though some have been held for years or even decades. Moreover, thousands of detainees have reported sexual and physical abuse (Kassie, 2019). Therefore, detention, while once being only for people who posed a threat to the rest of society, is now “ubiquitous” (Kassie, 2019).

Has 2021 seen some improvement?

There has been some improvement since Biden became president earlier this year. Firstly, his administration has announced that they will begin reuniting families who were separated under Trump’s presidency. Furthermore, Biden has promised to overhaul Trump’s immigration policy totally, which framed asylum seekers as a national security threat. In fact, Trump has been criticized for exacerbating Central America’s humanitarian crisis, breaking US law, and violating international human rights norms (Cheatham, 2021).

To overhaul this, Biden is working to expand the capacity to provide housing for unaccompanied children, as well as to speed up their release from federal care (Cheatham, 2021). Officials have also started to re-establish the Central American Minors (CAM) programme, which was discontinued by Trump in 2017, enabling certain children from Northern Triangle countries to gain refugee status or temporary legal residence before making the dangerous journey to the US-Mexico border (Cheatham, 2021).

According to BBC News (2021), under the Biden administration, the number of unaccompanied child migrants being detained in appalling conditions at the border has seen a decrease of 88% between late March and late April this year. However, only seven children have rejoined their families under Biden’s presidency, and 2,127 children are still awaiting their family reunions (Soboroff, 2021). Therefore, while he has made some big promises, he has yet to live up to them fully.

At Humanium, our goal is to raise awareness about such issues endangering children’s rights around the world. Our work is possible thanks to your support, and we would be so grateful if you could make a donation, to help us work towards the prevention of children’s rights abuses worldwide.