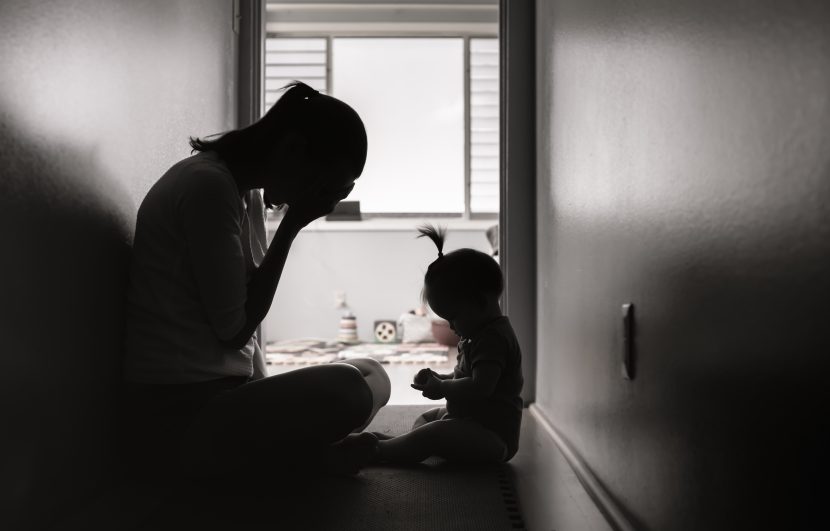 A recent flagship report from the United Kingdom’s Department of Children, Equality, Disability, Integration and Youth (UK-DCEDIY) has revealed that many religious institutions in Ireland have been enabling widespread abuse of unwed mothers and their children – often leading to death (Specia, 2021). Over the past twenty years, the country’s ‘mother and baby homes’ have seen over 9,000 deaths, a significantly higher mortality rate than the remainder of the population (Specia, 2021).

Documented serious forms of abuse are coupled with unethical forced births, vaccine trials and severe emotional abuse (Specia, 2021). Despite widespread calls for justice from victimised mothers and children, this “dark, difficult and shameful chapter” of Irish history has only recently been propelled into the limelight (Specia, 2021).

What are ‘mother and baby homes’?

Throughout the mid-1900s, ‘mother and baby homes’ emerged across Ireland to provide refuge for unwed mothers and their babies who were left without adequate support or family. Predominantly ran through church orders and funded by the Irish government, these institutions aimed to support women in a patriarchal environment laden with misogyny and discrimination (Specia, 2021). Women admitted to the homes ranged from 12 to 40 years old, with 80% between the age of 18 and 29 (DCEDIY, 2021).

While some mothers’ pregnancies were the result of rape and exploitation, the majority shared one common characteristic: they fell pregnant outside of wedlock (DCEDIY, 2021). These homes acted as an early form of shelter for neglected women and orphanages for vulnerable children – later developing into adoption agencies (Carroll, 2021).

In total, the most recent Commission investigation has revealed that nearly 60,000 unmarried mothers and the same number of children have existed within homes across the country – including a further projection of an additional 25,000 unmarried mothers in homes not subject to investigation (DCEDIY, 2021). Though ‘mother and baby homes’ were not exclusively an Irish phenomenon, the country’s Catholic compass and stigmatisation of unmarried pregnancies drove an exceptionally high proportion of vulnerable Irish women into the homes (DCEDIY, 2021).

Between 1935-1945, nearly half of all ‘illegitimate’ (born out of wedlock) child deaths in Ireland occurred in mother and baby homes – despite only a quarter of ‘illegitimate’ children inhabiting these spaces (DCEDIY, 2021). Thankfully, this number has progressively dropped with each passing decade. The high volume of mothers and babies present in the homes was reflective of the fact that adoption only became legal in 1953, gradually providing a preferable, humane option for vulnerable mothers and children (DCECIY, 2021).

The DCECIY’s investigation was triggered by the 2015 discovery of a mass, unmarked grave at Tuam in Galway, Ireland. Following detailed analysis of suspicious death records at the St. Mary’s Mother and Baby Home by Catherine Corless, the momentous gravesite unveiled the 36-year institutionalisation of unmarried, pregnant women in the Catholic-run facility (BBC News, 2021).

At the time, having a child outside of wedlock was highly frowned upon and stigmatised in Irish society (BBC News, 2021). More detailed analysis implied that on average, a child died in the home every two weeks between 1925 and 1961 (BBC News, 2021).

International outrage followed the graveyard’s discovery and subsequent media coverage, prompting Ireland’s Minister for Children to highlight the availability of family tracing services for women and children (BBC News, 2021). This was considered a “landmark moment” for the country (BBC News, 2021).

Beyond the atrocious treatment of women and children within the Tuam home, the order of Catholic nuns – Bon Secours – further issued a public apology for the ‘disrespectful and unacceptable’ way in which the victims were buried (BBC News, 2021). There were no burial records for nearly 1,000 children at the graveyard and the corpses themselves were distributed among 20 disused septic tanks (Carroll, 2021).

Broader findings from the 2021 DCECIY study showcase a litany of heinous abuses in homes analysed within the study. Though similarities exist across the homes, they were all run in different ways – some by church orders, others by local health authorities (DCECIY, 2021). Whilesome homes worked to keep mothers and children together, others had no regard for this separation, and the high infant mortality rates reflect uniform neglect across the homes (DCECIY, 2021).

Beyond severe instances of mental and at times physical abuse, the DCECIY report evidenced the prevalence of vaccine trials in the studied homes between 1934 and 1973 (DCECIY, 2021). These vaccine trials included children and were conducted without appropriate consent mechanisms or licensing requirements in line with government standards (DCECIY, 2021).

To remedy the atrocities of the past, Ireland has established an 800 million Euro fund to facilitate compensation bundles for survivors, with individuals able to claim up to 65,000 Euros (Carroll, 2021). These ‘survivors’ encompass mothers’ resident in the homes as well as children who inhabited or were forced to work in laundries (Carroll, 2021). The government has estimated that 34,000 survivors would be eligible to submit claims under the fund, making it the largest scheme of its kind in the country’s history (DCECIY, 2021). Adopting a non-adversarial approach to reparations ensures that the fund is non-adversarial and that it thus protects survivors against re-traumatisation (DCECIY, 2021).

By establishing reliable, non-invasive mechanisms for individual redress, Ireland has taken a massive step towards recognising its past wrongdoings. There is much to be admired in this approach but more needs to be done to ensure the country addresses the root cause of the homes’ horrors. As expressed in multiple publications, ‘mother and baby homes’ are merely a symptom of a much broader disease: the continued exploitation, victimisation and suppression of vulnerable women and girls (Specia, 2021).

While working to remedy the harms caused during this dark chapter of the country’s history, the Irish government, the Church and legislators alike must continue to stamp out discriminatory norms which isolate women and children. Ireland’s traumatic history “opens a window onto a deeply misogynistic culture in Ireland over several decades”, one that has not been stamped out in its entirety (Specia, 2021).

Humanium, as a member of Child Rights Connect, the organization that drafted the UN Convention on the Rights of the Child, strongly engages in protecting vulnerable children worldwide. Humanium works for a world where children’s rights are universally and effectively respected, protected and enforced in all circumstances involving a child. You can help raise awareness on children’s issues in the world by supporting Humanium – through sponsoring a child, making a donation, becoming a member or a volunteer.

Department of Children, Equality, Disability, Integration and Youth. (2021, January 12). “Executive summary of the Final Report of the Commission of Investigation into Mother and Baby Homes.” Retrieved from Government of Ireland, accessed 26 January 2022.

Department of Children, Equality, Disability, Integration and Youth. (2021, December 23). “Government approves proposals for Mother and Baby Institutions Payment Scheme and publishes An Action Plan for Survivors and Former Residents of Mother and Baby and County Home Institutions.” Retrieved from Government of Ireland, accessed on 24 January 2022.