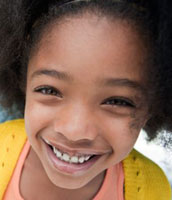 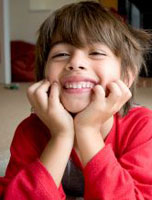 “Children in France are not particularly unhappy on the surface. They have protective services, an educational system, and social systems that are among the best in the world. Yes, but we all know that too many children will fall in between the cracks.” Claire Brisset, Defender of the Rights of the Child until 2006

In France, more than 2 million children live below the poverty line (with a monthly income of less than 950 euros). This poverty takes an especially heavy toll on children of immigrant backgrounds.

Close to 15,000 children are homeless and live in the streets or in shelters with their families.

About 100,000 children in France are reported as being in danger every year. Normally, reports are of mistreatment or neglect of children, or the risk of it, by their parents. The Childhood Social Aid [Aide Sociale à l’Enfance] helps many of these children. The help line for the group, “Mistreated Children Hotline 119” [Allô Enfance Maltraitée 119], registers more than one million calls per year.

The Committee on the Rights of the Child has pointed out that corporal punishment is still frequently used against children, within families as well as in schools, especially in the overseas departments. The use of violence towards children is not actually forbidden in France. One solution to this problem would be to pass a law expressly prohibiting corporal punishment within families.

Each year, about 3,000 foreign minors arrive on French soil, alone, hoping for a better life. These young asylum-seekers pose a troubling situation for France, as they are often kept in waiting zones at airports, without any specific inquiry into their cases or into the consequences of sending them back to their own countries, a decision that cannot be appealed once made. They usually don’t even understand what is happening to them, as they have no knowledge of the French language. Most of the time, they have no access to either administrative or psychological support.

Those who manage to enter France but don’t have a residency card cannot take any sort of professional training, sending them down a path to crime, trafficking, and prostitution. Thus, it is essential to grant them some sort of official status in order to organize their care and services and accordingly, to encourage their social, academic, and professional integration into France or, at least, to better prepare them to return to their home countries.

In any case, their immigration status does not mean that their fundamental rights can be brushed aside. Foreign-born minors must also benefit from all of the rights guaranteed by the Convention on the Rights of the Child (CRC), in the same fashion as any French-born child. In particular, they have a right to non-discrimination and to protection.

The Committee on the Rights of the Child has shown the greatest concern for the general climate of intolerance which prevails in France towards children in minorities, such as Romanis (gypsies), children living in slums, or even disabled children.

Thus, prevention of discrimination and sensitivity to these issues must be improved, not only for children, but for professionals who deal with them (especially police, teachers, and social workers), as well as help centers and infrastructures for such children.

In France, there are wide disparities in the access to and the quality of education which are based on social status. For children in less-favorable areas, especially immigrants in slum areas, the risk of dropping out of school is much higher than for other students. The proportion of children of working families who have terminated their studies by the age of 18 is six times higher than other children. Obviously, we have not attained the objective of equal opportunity.

Even though attendance is mandatory up to the age of 16, about 150,000 students leave school each year without a high school diploma, many from the junior high level. 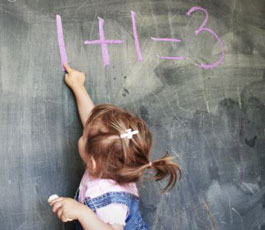 For now, a solution must be found to combat unequal opportunities and absenteeism, as well as to develop the necessary aids for children in difficult situations. It is imperative that the educational system is reassessed in order for schools to fulfill their mission of academic training and social diversity.

It is possible in France to give birth “as X”; to anonymously give a child up for adoption directly following birth. When this happens, parentage remains a secret, even though a new law, in 2002, has made it easier to research one’s biological parents through the CNAOP, a national center which facilitates this research with the parents’ permission. However, opponents to giving birth “as X” are not satisfied by this compromise, which undermines the right of all children to know their origins, according to the Right to Identity guaranteed by Article 8 of the CRC.

Criminal law for a French minor has been greatly reformed in the past several years but it, unfortunately, tends to favor repressive measures (especially prison) over educative measures. This tendency runs against the norms of international law, which recommend that minors not be placed in detention, except as a last resort. The law is particularly severe for young repeat offenders, who are tried as adults.

One important problem with detaining minors is the high number of self-mutilations and suicide attempts recorded in French prisons. A special committee has been formed at the national level to attempt to solve these problems.