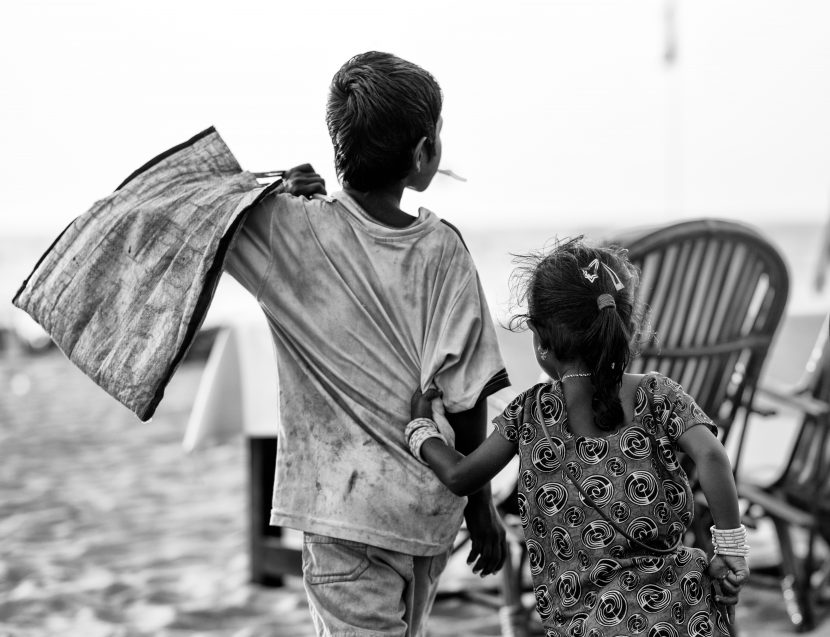 At the beginning of August 2020, all member countries (187) of the International Labor Organization (ILO) ratified ILO Convention No. 182 on the Worst Forms of Child Labor, an event which international organizations such as Human Rights Watch (here HRW) welcomed as an “important milestone”.[1] (Wurth, 2020)

In an unprecedented move, all member countries universally ratified a labor convention. This ratification of ILO is essential as it gives states the opportunity to organize national reforms regarding child labor, especially crucial during the COVID-19 environment, a health crisis which threatens the presence of children in schools.

HRW reports on forms of child labor across the world in the Philippines, the United States, Indonesia, and Zimbabwe, and concludes that poverty often encourages children out of school and into forms of child labor. Similarly, UNICEF and Save the Children reported on the possibility of 672 million children living in poverty by December 2020. It becomes clear: governments across the world should uphold the opportunity given by the ratification of ILO in order to act by investing in “social protection programs to support families living in poverty, remove barriers to education for all children, and create strong laws and policies to identify and root out the worst forms of child labor.”[2] (Wurth, 2020)

In this article, Humanium analyses the child labor situation in India, where the issue of child labor is rampant – over 8 million children participate in work in agriculture, manufacturing, mining, and domestic services. Working with other NGOs, Humanium hopes to combat the issue of child labor,. With the ratification of ILO Convention No. 182, Humanium calls on the Indian government, among other countries, to take a radical stance against child labor and organize concrete national action to protect children, during the COVID pandemic and beyond.

What is the first thing you think about when someone mentions India? The beauty of Indian culture, food, history, environment? Or do you perhaps think of air pollution, overpopulation and poverty faced by many Indians? India is definitely a place that produces mixed images for a large number of people.

While there are, without any doubt, numerous important issues that need to be addressed, news outlets often overlook one of the most significant issues in India – child labor. You might be surprised to know that in India there are over 8.3 million child laborers who are between the ages of 5 and 14. (Save the Children, 2016)

What is child labor?

Child labor extends into many different activities such as agriculture, manufacturing, mining and domestic service (i.e prostitution). Children are forced into child labor because of distinct factors; migration, emergencies, the lack of decent work available and poverty which is known as the most influencing factor. (UNICEF, 2017)

What effects does child labor have on children?

Education is an important aspect during a child’s upbringing, as it allows children to develop the necessary skills they need to progress in the modern world. However, labor at an early stage prevents children from going to school and obtaining such abilities. There is a large amount of stress – in most cases – put on these children to provide for their families since there is normally no other mode of income within the household. (ILO, 2017)

Additionally, psychological effects of child labor are often as critical as the physical effects, which can lead to long-lasting traumas. The children who have suffered horrific acts of violence may grow up to develop mental illnesses such as depression, guilt, anxiety, loss of confidence and hopelessness. (Khan, 2016)

What is happening in India?

Child labor is not unique to only India and is found in many places in Africa, South America and even Europe. Western companies such as Gap have come under fire for their exploitation of children in their manufacturing process. Many of these facilities that abuse children for their free labor are located in India.

The main states in India where child labor is present are Bihar, Uttar Pradesh, Rajasthan, Madhya Pradesh and Maharashtra. This is where over half of the country’s total child labor population works. Uttar Pradesh has the highest amount of child laborers, with over 20% of India’s child workers being residents in that state alone. (Save the Children, 2016) Most of these child laborers are employed in the silk industry that is prevalent in the region.

“Children as young as 5 years old work in factories for more than twelve hours a day, seven days a week. They have to be in a squat position in cramped areas with barely any light, exposed to fumes from the machinery with no ventilation. To produce the silk they need to do several actions which harm them, an example would be dipping their hands into extremely hot water – which causes blisters.”(Child Labour in the World, n.d)

What is the cause of child labor in India?

Despite an economic boom in India, the country faces a significant poverty issue with more than a third of India’s population living under the poverty line. Due to poor living conditions, low levels of income and a lack of job diversity, impoverished families have no alternative but to put their children to work instead of teaching them. Often, these children are sold by their parents to child traffickers to lessen their economic burden and to gain extra money. (SOS childrens villages, n.d)

What is Indian government doing to address this issue?

The Indian government has adopted several laws in the past few decades to combat child labor. These laws include the Bonded Labor (Abolishment) System Act of 1976 and the Child Labor (Prohibition and Regulation) Amendment Bill of 2016. The Indian government has also set up committees and institutions such as the Gurupadswarmy Committee to investigate the exploitation of children.

The Ministry of Labour and Employment has also implemented numerous projects to rehabilitate child workers since the late 1980s. Non-government organizations (NGOs) such as Care India, Child Rights and You and Hand in Hand India have been set up to help the government in its fight to end child labor. (Wikepedia, n.d)

Humanium’s work and partnership with Hand in Hand India

We at Humanium are dedicated to stopping any violations of children’s rights throughout the world by implementing projects for children on a global scale in cooperation with local partners. In India, Humanium has successfully collaborated with Hand In Hand India on several projects lastingly improving the lives and conditions of many children and their communities.

Precisely in partnership with Hand in Hand India, we are on the forefront of making child labour a history in India – Tamil Nadu and Madhya Pradesh. In Madhya Pradesh (Dhar District), Humanium has opened a Residential Special Training Centre for 50 girls to end child labour through education, offering child labourers tailored educational, physical, mental and emotional support, ultimately reintegrating the girls into public schools.

A few years ago, Dr. Kalpana Sankar, founder of Hand in Hand India, received an award precisely for its fight to eradicate child labour in India, having put back more than 300,000 children (former child labourers) back into school, at least 50,000 with Humanium’s support.

As a member of Child Rights Connect (CRC), an organization that drafted the UN Convention on Children’s Rights many years ago, Humanium strongly believes that educated children do have an important role in establishing sustainable change, when they are equipped to deal with and help overcome the climate change challenges in the upcoming years. You can also help in raising awareness about children’s issue in the world by supporting Humanium – through sponsoring a child, making a donation, becoming a member or a volunteer.

Together, we can make children’s right happen!