Despite being one of the wealthiest nations in the world, the United States still struggles with high levels of poverty, especially among children and youth. In extreme cases, poverty, as well as an assortment of other factors, can lead to homelessness. While estimates vary, it is believed that from 1.7 to 1.9 million youth and children in the United States experienced at least one night of homelessness last year. 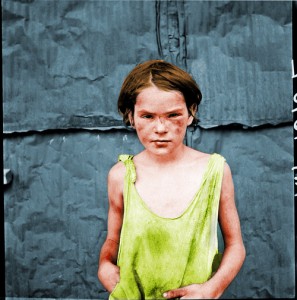 Who are the homeless youth?

While 1.3 million of these nearly two million children and youth who experienced homelessness returned home within a week, 530,000 were homeless for over a week. This includes 60,000 young (under 24) mothers with their children, as well as 24,000 children who are under 18 and who are experiencing mental health and substance abuse issues.

It is estimated that 1 in 5 children in the United States will run away from home at least once. The most cited reason is physical, sexual, and/or emotional abuse from parents or guardians. A large number of homeless children and youth come from foster care or the juvenile justice system, and, after aging out of the system, lack the education, skills, and guidance to live independently and secure housing and an income.

Racial disparities exist among homeless youth, as African Americans in urban areas and Native Americans in rural areas are overrepresented among the homeless population. 75% of runaways are girls. LGBTQ youth are also overrepresented in the runaway population, most often due to family rejection of their sexual orientation. They are also victims of 7.4 more acts of sexual violence during their lifetime than their heterosexual peers. 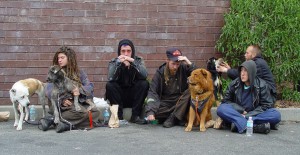 Risks of physical assault, rape, mental health disorders, and abduction into human trafficking increase greatly the longer youth remain homeless. Nearly 60% of homeless children spend at least one day a month without food. Child trafficking and substance abuse are two of the most dangerous consequences of homelessness. Every year, at least 20,000 Americans are forced into prostitution by human trafficking networks. Furthermore, many homeless children, who still are required to be in school, may be unable to attend due to lack of transportation, lack of medical records, and lack of a proof of residence.

Unfortunately, many homeless and runaway youth become imprisoned, rather than offered assistance. Whether for shelter, food, or clothing, drug dealing and prostitution seemingly become necessities for these youth, often leading to their arrest and incarceration. Homeless youth are also more likely to engage in unprotected sex, have multiple sex partners, use intravenous drugs, and suffer from severe anxiety, depression, suicidal thoughts, poor health and nutrition, and low self-esteem.

The United States government has pledged to end homelessness for youth by the year 2020 – however, on a single night over 45,200 unaccompanied children and youth are without a home – over half of them without any shelter. The federal government currently spends $114 million for shelters, housing, and services for homeless youth – but, for many reasons, these services do not reach all of those in need. Nationally, less than 4,200 beds are provided for these vulnerable children, meaning that more than 90% of youth are left without shelter.

In order to improve the lives of the currently homeless children and youth – and to find them permanent homes and prevent any more children from becoming homeless – local, state, and the federal government must take many steps to provide for these children. The welfare safety net must be expanded, more shelters and transitional housing homes must be opened, and workforce skills development must be available. Nonprofits, schools, and private organizations must work together to provide counseling, mental health services, and family programs to prevent homelessness. No child deserves to grow up without a safe home.

Homeless but Not Hopeless: Homeless Youth in America