International Rules of Justice for Children

Many existing international rules address justice for children. These rules explain how States should treat children who are affected by the judicial system in any capacity. 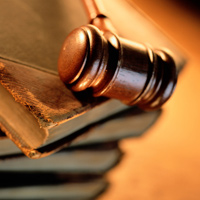 Unfortunately, although almost every single State agrees on these rules in principle, very few have been able to apply them in practice. Most of this gap is due to financial reasons: an effective justice system for children is very expensive to establish, and most States do not have adequate funds.

Another problem is caused by the idea that the rights of delinquent children are less significant than others. Rarely are the conditions for imprisoned children discussed in a political or social agenda. Some regions of the world also take a very conservative and severe view of juvenile delinquency (e.g. indigenous African cultures, Asian societies), although they, too, are actually victims.

Also, it is very difficult to find information on national legislation in many States, because they are not published online and/or are not available in a common language, such as English. It is equally difficult to find official data on child detention (how many, their living conditions, and their re-entry into society), because the subject has not been adequately studied.