“He greeted me with a terrifying smile, and said ‘You will be my second wife’ (UNFPA 2015). These are the words expressed by a 15-year-old Nigerien girl called Amina Mahamane, who, like countless young girls in Niger, belongs to a highly vulnerable group of girls who are forced or coerced into marriage before reaching the age of 18.

Niger has the highest rate of child marriage in the world. A shocking 76% of girls are married off before they reach their 18th birthday, whilst 28% become wives before they turn 15 (UNICEF 2016). This practice is predominantly nested in poor families of rural communities, who often have little education, and who frequently hold strong traditional values. That said, its prevalence is greatest in Niger’s Southern regions, reaching a staggering 89% in the Diffa Region (UNFPA 2012).

The underlying causes responsible for such high figures are grounded in deep cultural and social beliefs, being reinforced by the legal, educational, and economic conditions of Niger. That said, girls are often considered to be their parents’ property, wherein it is usually the parents of the daughter who advocate for early marriage on the rationale of it being in everyone’s interest, including the girl-child’s best interest. This comes with the belief that with marriage comes economic prosperity and security, reinforced by the idea that schooling is unnecessary for these girls. In addition, this parental decision is also based on the fear of dishonour relating to being pregnant without being married, as well as the volatility created by civil strife and natural disasters.

Why is child marriage a mistaken form of protection? 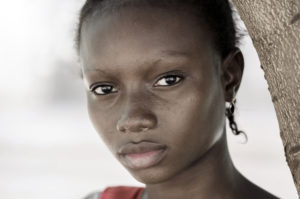 The mere existence of child marriage fractures the rights to which girl brides are entitled to. Not only are they denied their childhood, but they are also ripped from prospecting opportunities, such as education.

Their health is often jeopardized, in terms of higher maternal and infant health risks, due to these girls being physically and mentally too young for sexual interaction, as well as having greater chances of contracting sexually transmitted diseases, such as HIV. In addition, they are often susceptible to physical, emotional and mental abuse, sometimes being imperilled to a life of domestic and sexual slavery.

Having said that, the detrimental effects of child marriage can extend beyond the coming-of-age, to a lifetime of deprivation and disadvantages. This has been supported by research that demonstrated that the practice has an inter-generational cyclic effect of reproducing poverty, whilst also being used to reinforce the subordination of women to men, through the very act of selling a girl according to her dowry price to the man she is then wedded to (Silva-de-Alwis 2008).

Fighting against forced marriage in Niger : A multidimensional approach

Therefore, there is a crucial need to scale-down the existing numbers, and prevent the future Nigerien girls from being married off before their 18th birthday. This requires strategies that tackle child marriage from numerous angles, addressing the root causes and incorporating an array of different actors in the process.

Firstly, there is a need to strengthen and reform the overarching system by raising the legal age of marriage to 18 within the Constitution of Niger, and ensuring that there is adequate enforcement and monitoring mechanisms in place. Secondly, there is a need to tackle the deep-rooted cultural and traditional beliefs that allow for child marriage to prevail, by working at a community level with local leaders and all members of society. Thirdly, there is a need for the reinforcement of alternatives, in terms of increasing enrollment of girls in education and increasing their economic opportunities. There should also be a strategic plan set in place to better respond to natural disasters as this will not only assist girls and women after disasters, but will alter the mindset of families marrying off their children for the purpose of security.  Lastly, there should be shelters set in place for girls who decide to eradicate this practice from their life course despite the cultural pressures and who seek refuge.

This simultaneously top-down and bottom-up strategy could emancipate and decrease the alarming number of girls who are within the grips of such a deep-rooted and destructive practice, ultimately denying these girls of a set of inherent rights to which they are entitled to.