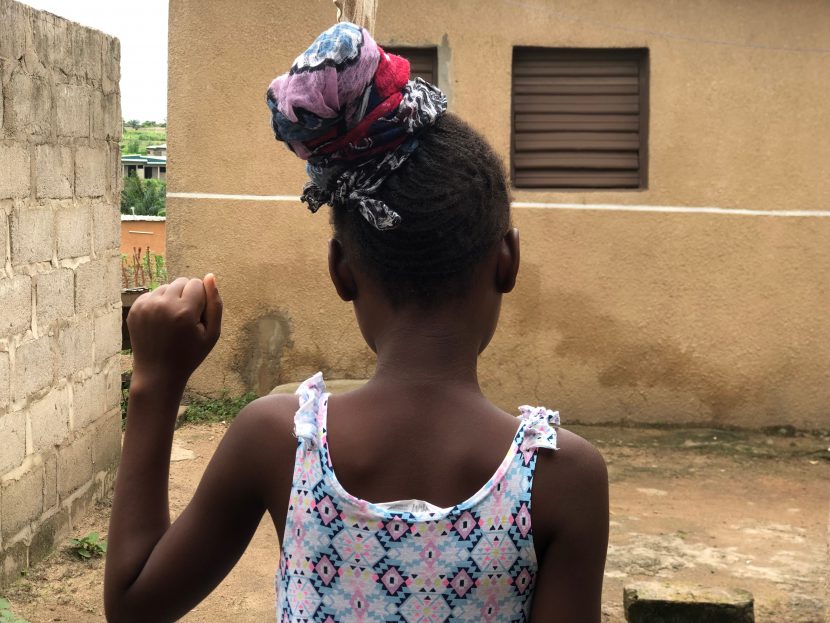 During a World Health Organization (WHO) mission in the Democratic Republic of the Congo (DRC) to fight Ebola between 2018 and 2020, 83 girls and women were victims of sexual exploitation and abuse. Out of the alleged perpetrators, 21 are WHO employees.

The tenth Ebola outbreak in the DRC and WHO’s mission

Ebola virus disease is a serious, often fatal disease that affects humans and other primates. The virus is transmitted from wild animals to humans and then spreads in the human population through direct contact with the blood, secretions, organs or other body fluids of infected humans, as well as with surfaces and materials that are contaminated with these fluids. On average, the death rate is around 50%. In previous outbreaks, death rates have fluctuated between 25% and 90%. (WHO, Ebola virus disease)

It is important to notice that 16,000 local emergency services worked alongside the WHO to fight the virus in the DRC from 2018 to 2020. The WHO dispatched 1590 epidemiologists, logisticians, anthropologists, field coordinators and other specialists. The main tasks of the emergency services were to find, test and isolate potentially ill people, to carry out vaccinations and to treat ill people medically. (WHO, Ending an Ebola outbreak in a conflict zone, 2020)

The mission took place under difficult conditions. The outbreak area is an area that has long been affected by a complex and violent conflict. (WHO, Ending an Ebola outbreak in a conflict zone, 2020)

Due to misinformation about the origin of the virus, health workers encountered strong opposition. There was even violence. Between August 2018 and February 2020, the WHO recorded more than 420 attacks on health facilities and employees. Sadly, 11 people were killed and 86 injured in these attacks. Some attacks resulted in the temporary or permanent cessation of activities at the Ebola treatment centers. (Final Report, p. 5)

In June 2020, the tenth outbreak of the Ebola virus was declared over. A total of 3481 people contracted Ebola during the outbreak and 2299 died. It is the second-largest Ebola outbreak in history. (WHO, Ending an Ebola outbreak in a conflict zone, 2020)

Sexual exploitation and abuse during the mission

Shortly after the end of the tenth outbreak, in September 2020, an article appeared in the New Humanitarian in which 50 women accused employees of the WHO, United Nations agencies and humanitarian organizations of sexual exploitation and abuse during the Ebola crisis of 2018-2020. (Flummerfelt/Peyton, 2020)

The WHO responded and commissioned an independent commission to investigate the matter. (WHO, Publication of the final report of the Independent Commission, 2021) The commission carried out a total of 210 interviews, out of which 75 were with alleged victims and 23 with WHO employees. Some of the alleged perpetrators were also interviewed. (Final Report, 2021, p. 3)

Sexual exploitation is defined as “any actual or attempted abuse of a vulnerable position, different power relationships or trust for sexual purposes (…)”. Sexual abuse is defined as “actual or threatened physical intrusion of a sexual nature, whether by force or under unequal or forced conditions”. All sexual relationships with a child under the age of 18 are also considered sexual abuse. (Final Report, 2021, p. 9)

The alleged victims are females and between 13 and 43 years old. Their average age is 20 years. It is particularly noticeable that the majority of the presumed victims who have been questioned have found themselves in a very precarious economic and social situation during the deployment. Very few of them have completed secondary education and some have never even attended school. (Final Report, 2021, pp. 24-25)

Some of the interviewees reported that the perpetrators took advantage of the poor economic situation and the highly competitive labour market, especially for women, and offered them jobs in exchange for sex. In most cases, the victims never got the jobs. Those who actually got a job mostly got a short-term job. (Final Report, 2021, p. 27)

“To get ahead in the job, you had to have sex […] Everyone had sex in exchange for something. It was very common. I was even offered sex if I wanted to get a basin of water to wash myself in the base camp where we were staying during the retaliation”.

The information gathered by the review team suggests that some acts of sexual exploitation and abuse were organized within a network of staff working through the local recruitment department of the Crisis Coordination Center. For example, one respondent said she went to the Ebola Coordination Center to apply for a job as a cleaner. She was instructed to leave her name and number in case a position should become vacant. She was then called by a friend of the manager who had registered her with the coordination office. She only got the job in return for having sex with the friend of the manager who had recruited her. (Final Report, 2021, p. 26)

It has been reported several times that the perpetrators refused to use condoms. Moreover, 29 girls and women reported pregnancy as a result of sexual exploitation and abuse, and 22 of them carried the pregnancy to term. Six women had miscarriages. Some were forced to have an abortion by the alleged perpetrators.

Nine out of the alleged victims stated that they had been raped by the perpetrators. The youngest respondent, a 13-year-old girl, said she was selling phone recharge cards on the roadside when she was approached by a WHO driver in April 2019. He offered her a ride home. Instead, he took her to a hotel and raped her. The girl became pregnant and had a child. (Final Report, 2021, pp. 25-27)

“This is a dark day for WHO. But by shining a light on the failures of individuals and the Organization, we hope that the victims feel that their voices have been heard and acted on; We want the perpetrators to know there will be severe consequences for their actions.”

Following the publication of the report by the independent Commission, the WHO Director-General spoke about the grave consequences for the perpetrators.

There are currently two complimentary legal bases of the WHO on the subject of sexual exploitation and abuse: The WHO Code of Ethics and Professional Practice and the Policy on Preventing and Responding to Exploitation and Abuse. (Final Report, 2021, p. 9)

Paragraph 16 of the Policy contains the obligation to report cases of sexual exploitation and abuse by internal and external WHO staff. If the report is not made, disciplinary measures can follow in accordance with paragraph 18 of the Policy. In addition, according to paragraph 26 of the Policy, employees are obliged to complete training modules on the topics of sexual exploitation and abuse. Paragraph 36 states that the WHO will primarily initiate its own investigation in the event of such reports.

In the case of the deployment in the tenth Ebola crisis, the Commission proposes investigating all allegations and taking the disciplinary measures provided for in the Policy. (Final Report, 2021, pp. 33-35)

In its report, the Commission has also advised the WHO to take various measures. The WHO should:

The WHO employees in the DRC were supposed to help the local population cope with the Ebola crisis. While the majority of WHO employees, as well as local and international emergency services on behalf of the people, fought the virus with all their power and under the most severe conditions, some people have exploited their positions of power to sexually exploit, abuse and rape vulnerable girls and women in precarious situations.

The sexual exploitation and abuse of girls and women by their own staff must not be an issue to which the United Nations and humanitarian organizations will turn a blind eye. Action for humanity must be taken against such acts with severity and consistency. In addition to the issuing of disciplinary measures for the perpetrators, preventive countermeasures must be taken so that future acts are prevented and no structures are formed that favor sexual exploitation and abuse.

We, at Humanium, strongly condemn such behaviour. We are, through our projects, working on building a world, in which girls’ rights are respected, protected and fulfilled.

Final Report of the Independent Commission on the review of Sexual abuse and exploitation during the response to the 10th Ebola virus disease epidemic in the provinces of North Kivu and Ituri in the Democratic Republic of the Congo (DRC) (2021, 27 September). Retrieved from WHO, accessed on 12 October 2021.

World Health Organization (WHO) Africa (2020, November 18). 11th Ebola outbreak in the Democratic Republic of the Congo declared over. Retrieved from WHO Africa, accessed on 12 October 2021.

World Health Organization (WHO) (2017, April). Code of Ethics and Professional Conduct. Retrieved from WHO, accessed on 12 October 2021.

World Health Organization (WHO). Ebola virus disease. Retrieved from WHO, accessed on 12 October 2021.

World Health Organization (WHO) (2020, November 30). Ending an Ebola outbreak in a conflict zone. Retrieved from WHO, accessed on 12 October 2021.

World Health Organization (WHO) (2017, March). Sexual Exploitation and Abuse Prevention and Response, Policy and procedures. Retrieved from WHO, accessed on 12 October 2021.

World Health Organization (WHO) (2021, 28 September). Speech: Director-General’s remarks at the press conference on the report of the Independent Commission on Sexual Exploitation and Abuse. Retrieved from WHO, accessed on 12 October 2021.

World Health Organization (WHO) (2021, 28 September). Virtual press conference: Publication of the final report of the Independent Commission on the allegations of sexual abuse and exploitation during the response to the tenth Ebola outbreak in the Democratic Republic of the Congo (DRC). Retrieved from WHO, accessed on 12 October 2021.

World Health Organization (WHO) (2021, September 28). WHO Director-General’s remarks at the press conference on the report of the Independent Commission on Sexual Exploitation and Abuse. Retrieved from WHO, accessed on 12 October 2021.