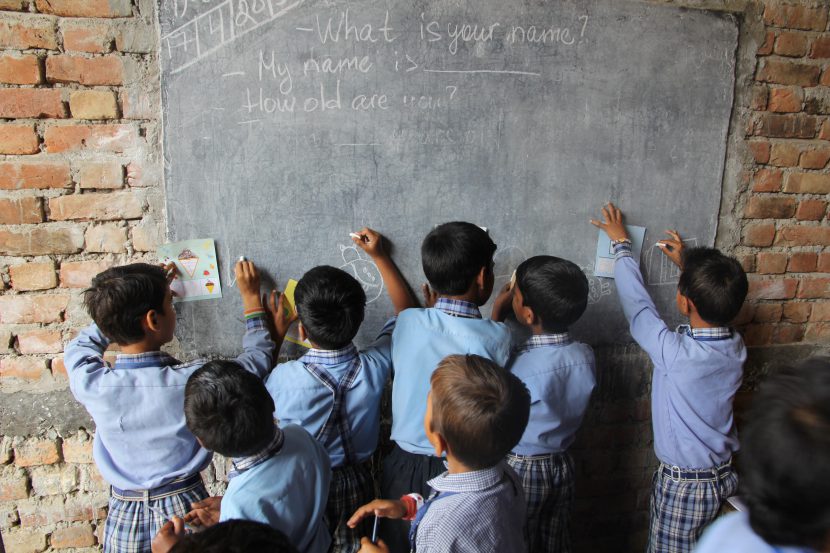 Schools are the pillars upon which the flame of education shines bright. It is in acknowledging the pivotal necessity of safeguarding educational bodies that the Safe Schools Declaration was drafted. In this context, recently, United Nations Secretary-General Antonio Guterres called on India to endorse it.

The ‘what’ and the ‘why’ of the Safe Schools Declaration

A growing account of attacks on students, teachers, schools and universities along with educational infrastructure being used by the military-led to the governments of Norway and Argentina beginning a process with United Nations Member States to draft what is understood today, as the Safe Schools Declaration (GCPEA, n.d.).

The only international agreement in regard to the protection of education in armed conflict, the Safe Schools Declaration is an inter-governmental political agreement that seeks to safeguard educational bodies from attack as well as guarantee the continuity of safe education amidst armed conflict by laying out a set of commitments (GCPEA, n.d.).  It was launched in May 2015 at the Oslo Conference on Safe Schools: Protecting Education from Attack, and as of June 2021, 109 States have endorsed it. Unfortunately, India is not part of this list (Norwegian Ministry of Foreign Affairs, 2021).

India’s past with school attacks

While there is a significantly smaller number of school violations and attacks, India has witnessed some that in turn resulted in devastating consequences. In a report by the Human Rights Watch published in 2009, in the states of Bihar and Jharkhand, tens of thousands of children from marginalised and disadvantaged communities faced a disruption in their education due to escalations between Naxalite insurgents and the police (Human Rights Watch, 2009). The damages from Naxalite bombings in government-run schools resulted in relatively minimal structural damage to the collapse of the entire structure (Human Rights Watch, 2009).

In efforts to counter the insurgency, the police and paramilitary forces occupied school campuses as well as facilities for extended periods of time, sometimes lasting for several years. While it used to vary in terms of occupation, sometimes shutting down an entire school, and others only occupying parts of the school buildings, education was always compromised (Human Rights Watch, 2009).

During these partial or complete school occupations, it became an inevitability for a large number of girl students to drop out of school and while some relocated to other schools in the vicinity, a large number simply dropped out of education entirely (Human Rights Watch, 2009). If the school decided to shift location, it often led to an academic environment that simply was not conducive to good education with disused warehouses and traveller shelters being some of the alternative locations of the school. Another effect of long-term school occupations was a significant decrease in the enrolment rate as well as the number of students continuing higher years of study (Human Rights Watch, 2009).

While it is true that India’s reality today in regard to this subject is not as grave or pressing, the damages of even one school shutting down, getting occupied, or being a seat for violence have a surge of negative consequences that last generations. Moreover, it impacts not just the individuals’ concerns, but the country’s economic, social and political fabric as well, making it a crucial necessity to strive towards a call for safeguarding schools as well as the people who they shelter.

What are some of the steps India has already taken?

India’s laws already prevent schools from being used for military purposes as a result of which security forces are not authorized to enter the premises of any educational institution (The Manoeuvres Field Firing And Artillery Practice Act, 1938).  Furthermore, India’s National Commission for Protection of Child Rights has gone on the record to say that the use of schools by security forces “ violates the spirit and letter” of India’s Right to Free and Compulsory Education Act further stating that schools should never be a premise security forces take shelter in (Sheppard, 2021)

In his annual report, titled “Children and Armed Conflict”, UN Secretary-General Antonio Guterres brought to light the fact that, as recently as 2020, the UN had verified the use of seven schools by Indian security forces for four months (Secretary-General, 2021). While there have been efforts by the Indian Government to protect school premises from violation or occupation, as mentioned above, this reveals a prevalent reality that directly and detrimentally affects the education of children.

The aftermath of joining the Safe Schools Declaration

There have been numerous positive outcomes from being associated with this Declaration with the most progress this year being from Africa (Sheppard, 2021). In June 2020, the Central African Republic made military occupation a criminal offense, therefore becoming the first country in Africa to do so. In January this year, the African Union started requiring countries to contribute troops to its peace operations in order to ensure safety in school, and in October 2021, Nigeria is scheduled to host the Fourth International Conference on the Safe Schools Declaration (Sheppard, 2021).

There are certain truths that seem glaringly obvious of which one is: children should be kept safe at all costs. Sadly, as is the case often, theory and implementation do not converge into a harmonious reality. Schools are an area of learning, of growth, where children come with the hope to acquire knowledge, skills, and tools to inch closer to manifesting their budding dreams. It becomes a tragedy when it becomes an area of violence and atrocity and it is with an acknowledgment of this devastating possibility that it becomes all the more crucial for India to be part of an international understanding to protect children, teachers and other members of staff, in schools across the country.

At Humanium, we are committed to raising awareness and safeguarding children’s rights globally, whether it is their right to food, education, protection, health or freedom. In regard to working towards ensuring and maintaining the safety and equality of children’s rights globally, in September 2020, Humanium signed a Joint-Statement to the United Nations Human Rights Council (HRC) on the Situation of Children in Armed Conflict. The Signatories urged the UN Member States to move forward with concrete action to develop gender-responsive action plans as well as strengthen the dialogue with states for the protection of children from attacks on education.

If you would like to support Humanium in its work helping children combat the effects of persisting world issues, please consider sponsoring a child, making a donation or becoming a volunteer.