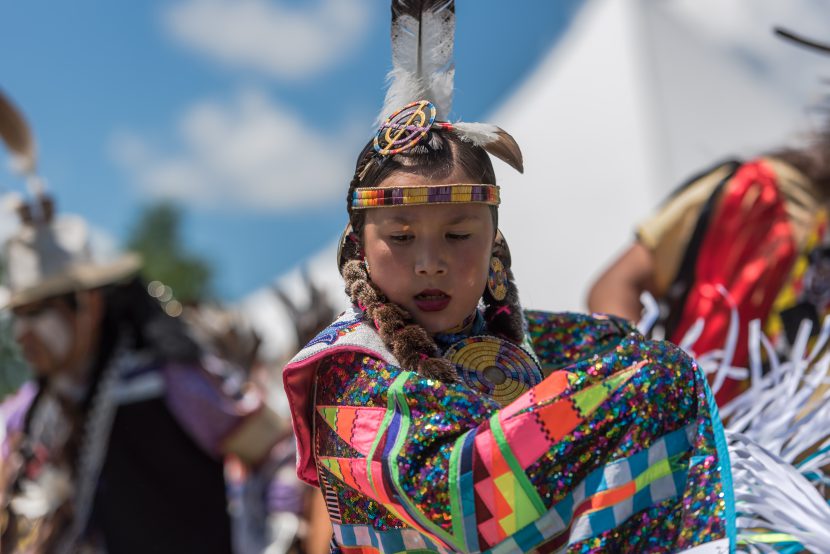 Canada is a many-faceted country and the diversity of its indigenous peoples is one of its riches. But talking about Canada’s indigenous children can be complicated, in particular because the range of situations they experience makes it difficult to generalise. However, one issue common to all its communities is that children’s rights are not well-respected and young people find it hard to assert their rights.

A fragile and unequal situation for indigenous children

Indigenous communities can be found throughout Canada, which recognises three categories of indigenous peoples: Inuit, First Nations and Métis (of mixed origin). Within these designations there are more than 630 different nations, communities and communities within a nation. Hence the wide range of situations. The indigenous world has seen its population grow following a spike in its birth rate. This is a young population. Respect for children’s rights is therefore all the more important. But the Canadian system is a poor fit for indigenous peoples, not least because its approach to children’s education differs to that of indigenous peoples.

Canada has a violent and bloody past as regards its indigenous peoples and especially their children. An example of this is its residential schools – which operated between 1831 and 1996 – to which children were taken from their families in an attempt to assimilate them. Canada has recognised that it is guilty of the physical, biological and cultural genocide of these communities.

Furthermore, the ‘Sixties Scoop’, where the government rounded up thousands of indigenous children for adoption by white Canadian families is still firmly embedded in people’s minds. Some children were even sold abroad. Despite attempts at reconciliation, these communities are still not treated equally and the youngest are also affected. The children of today suffer from structural discrimination against their communities. They have inherited this marginalisation of indigenous peoples – equally economic, political and cultural – from their families, because of the colonial past and the assimilationist and discriminatory policy decisions and measures that followed as a result.

Indigenous children are in a vulnerable and difficult situation as regards their rights under the International Convention on the Rights of the Child, to which Canada is a party. Indigenous children generally have less access to education services. For example, classes are held in French or English and not in languages spoken by indigenous communities. This cultural discrepancy also applies in the sphere of health. The Western health system is very different to the healing traditions of indigenous peoples, which can’t incorporate Western techniques. In addition, the precarious situation of indigenous families makes it difficult for them to access expensive hospital services, drinking water, healthy food or even their traditional food, not manufactured by Western industry. With processed and manufactured food being the only easily accessible food, childhood obesity is the scourge of indigenous communities.

Beyond these essential rights, indigenous children’s physical and mental wellbeing is not well protected either. Parents who as children experienced the residential schools of the Sixties Scoop have a higher chance of suffering from alcohol and drug addiction. Their malaise, brought about in many cases by years of mistreatment in the residential schools or by being brutally torn from their families, can lead to violence against their own children. This in turn has a negative impact on these children’s development, in addition to being a violation of their rights.

The question therefore is how to guarantee that indigenous children’s rights are protected and their situation improved. Indigenous children’s problems stem in large part from the fact that the Canadian system is ill suited to their way of life. For example, indigenous children are over-represented in the child protection system, a Western system. But this is not because they are the most at risk. The education and health systems are no better. The situation therefore presents a real challenge for indigenous communities and the various levels of provincial and federal government alike.

Many programmes have, in fact, been implemented and have gradually improved the situation of indigenous children. For example, youth development and care programmes – such as the Canadian Prenatal Nutrition Program – have been very successful. Moreover, the management of services for children has increasingly been placed in the hands of indigenous communities, which has resulted in significant progress in the accessibility of essential services.

However, there is still a lot to be done – the battle has not been won yet. For example, responsibility for the system for protecting indigenous young people has been transferred from the Canadian provinces to the different indigenous groups, through the new law C-92, in force since January 2020. Its objective is to better tailor the placement of indigenous children to their specific needs. In the past, the federal government was found guilty of having discriminated against indigenous children through the child protection system. Nevertheless, law C-92, viewed by some as impractical, has been called into question in Quebec, in particular due to a constitutional compliance issue.

The International Bureau for Children’s Rights, an international NGO based in Montreal, addressed this issue in its 2019 report on indigenous children from Quebec. This report looks at five areas where an integrated approach to their situation could be adopted: identity, health and development, education, protection and justice, and participation. This last area highlights the importance of the participation of indigenous young people, which must act as the motor of change.

Based mainly on indigenous children from Quebec, the study shows that young people are gradually speaking up and reclaiming their traditions. The Native Friendship Centres of Quebec are good platforms to raise awareness about indigenous life, particularly in the struggle against discrimination and racism. At the international level, indigenous young people have participated in the Permanent Forum on Indigenous Issues.

Join Humanium’s global community and play your part in the struggle for children’s rights.