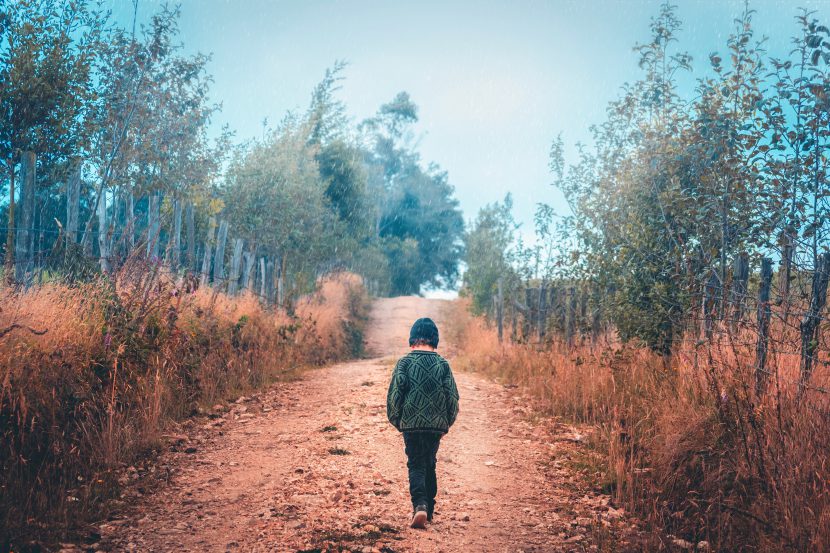 Most recently, Colombia‘s history has been marked by armed conflict. Overall, the social and political struggle – which stemmed from the discontent of the rural sector, the unequal distribution of land and the lack of political participation to the detriment of certain sectors of society – have consequently led to the use of violence (La Comisión para el Esclarecimiento de la Verdad, la Convivencia y la No Repetición, 2022). Eventually, the situation has been worsened nationally mainly by the eruption of drug trafficking and the emergence of armed groups.

The background of the armed conflict situation in Colombia

In 2016, representatives of the Colombian state and the Revolutionary Armed Forces of Colombia (FARC) – an armed insurgent group, signed a Peace Agreement (The New York Times, 2016). Nevertheless, criminal organizations – known as FARC “dissidents” – continued to operate in different regions of Colombia. The current situation seems to be more cumbersome than it was as it seems it is not only a confrontation between the guerrilla and the state but also between armed groups that are disputing power and control in different parts of the Colombian territory (BBC Mundo, 2022) .

As a result, Colombia has adopted a security policy where the protection of the civilian population has been placed on the back burner, and the reduction of criminal group leaders seems to be at the top of the political agenda. “False positives” – in which military officers executed and falsely represented young civilians as enemy combatants – did not cease to be part of headlines in different newspapers (Aljazeera, 2021). Organizations such as Human Rights Watch claimed that members of the Colombian Armed Forces are motivated with perverse rewards in return, such as a promotion to a higher rank (HRW, 2019).

The government of Ivan Duque – who was in office between 2018 and 2022 – led military operations against armed groups, several of which were later criticized by civil society for the irregularities under which they were executed (El País, 2022). In particular, the bombings were carried out against guerrilla groups known for constantly recruiting children (El Tiempo, 2019) .

In August 2019, the government executed a bombing in San Vicente del Caguán. Forensic examinations later revealed that 8 of the 14 people killed during the operation were children (Cuestión Pública, 2020). Guillermo Botero – the then Defense Minister, blamed the guerrilla groups for the killings (BBC Mundo, 2019). In defense of his subordinates, the former Defense Minister declared that they had no information about the presence of children in the camp (Cuestión Pública, 2020).

However, the intelligence report on the exclusive use of the Ministry of Defense later proved otherwise (Cuestión Pública, 2020). This situation generated a significant public debate that led Botero, to resign (Ministerio de Defensa Nacional, 2019).

During the first half of 2021, the military operation of the Colombian Armed Forces in Calamar – Guaviare, has been questioned as it resulted in the assassination of 8 children (El País, 2021). The Colombian authorities have presented the operation as lawful, “carried out strictly in accordance with the provisions of international humanitarian law” (Ministerio de Defensa Nacional, 2021).

Later on, the Head of the Ministry of Defense – Diego Molano, declared that recruited children “cease to be victims when they commit crimes”, subsequently labeling them as “war machines”. (Ministerio de Defensa Nacional, 2021) Similarly, in September 2021, the Armed Forces bombed a camp of the National Liberation Army (ELN) in Litoral de San Juan – Chocó, where four other children, between 13 and 17 years old, were killed (El País, 2022).

Headlines echoed around the world: “The Inter-American Commission on Human Rights expresses concern over […] vulnerability of children and adolescents to forced recruitment in Colombia” (Inter-American Commission on Human Rights (IACHR), 2021); “Investigations into whether minors were victims of Colombian Armed Forces bombardments are being undertaken” (CNN Español, 2021).

The national and international press, international bodies, and non-governmental organizations are generally those who generate enough impact for the state to strictly abide by the provisions of international law, in this case, international humanitarian law and human rights. In the following, the regulations that apply to the Colombian state in these matters will be briefly addressed.

What does the law say?

It is worth mentioning that, article 45 of the Political Constitution of Colombia provides for the protection of children, describing it as an obligation of the society and the state, which must be accompanied by a holistic formation. Likewise, the Code of Childhood and Adolescence – whose main interest is to guarantee a full and harmonious development of children – regulates the right to protection, within its first article.

Article 20 of the same legal body explicitly provides within its sixth and seventh paragraphs that minors shall be protected against internal armed conflicts, recruitment, and the use of minors by armed groups operating out of the law. In this sense, the state is the guarantor of the full exercise of the rights of each of them (Código de la Infancia y la Adolescencia, 2006, Art. 41). It is also mainly responsible for investigating and punishing those crimes and offenses in which children and adolescents are involved, guaranteeing the reparation and restoration of their violated rights (Código de la Infancia y la Adolescencia, 2006, Art. 41).

Moving on to the international sphere, international humanitarian law standards are also provided for in Article 38 of the Convention on the Rights of the Child (CRC). Having ratified it in 1991, the Colombian state is obliged to adopt all possible measures to ensure that children under the age of 15 do not participate directly in hostilities, along with adopting all possible measures to ensure the protection and care of children who are affected by armed conflicts.

This becomes even more significant when noting the comments made under the form of reservation by the representatives of the state of Colombia at the time of ratifying the CRC (United Nations Treaty Collection, 1991). They asserted that the Colombian state would not limit the protection to children up to 15 years of age, and would extend it to children up to 18 years of age, in accordance with Colombian law (United Nation Treaty Collection, 1991). Therefore, the standard that applies in Colombia is very clear, it is even higher than that provided for in this body of law.

International law also provides special rules for the protection of the physical and psychological integrity of children when they are involved in military activities (Vargas-Areco v. Paraguay, 2006, para. 112-113). Protocol Additional to the Geneva Conventions of August 1949, and Relating to the Protection of Victims of Non-International Armed Conflicts (Protocol II) provides for the need for special protection of children, whether or not they take part in the conflict.

More precisely, Article 4 (3), states that the necessary care and assistance must be provided to children. Other basic principles of international humanitarian law, such as precaution and humanity, also have irrefutable legal grounds in the present context.

Are children protected from armed conflict in practice?

The attacks referred to in this article are not the only ones reported in alleged violation of international law. In fact, the modus operandi of Ivan Duque’s government seemed to present a sort of pattern by operating in total disregard of international law provisions, completely ignoring previous military intelligence studies only to then boast in public statements about having diminished the heads of criminal groups (Presidencia de la República, 2019).

There is a responsibility of the Colombian state that does not lend itself to any kind of doubt, and that is to ensure the protection of children, recovering them from recruitment of which they are merely victims. Approaching this situation in this way, without considering children as criminals or labeling them as “war machines” is a key starting point. These terms only reduce children to re-victimization at the hands of the ones who should be protecting them to the fullest.

Undoubtedly, the Colombian government led by Mr. Gustavo Petro and Mrs. Francia Marquez, has a lot of work ahead of it, notably on the investigation, punishment of the perpetrators and provision of reparations to the victims and/or their respective families while implementing preventive measures to avoid this from happening again. The current Colombian government should be able to prepare sufficient and efficient mechanisms for the victims and/or their families to obtain justice within the national territory. Otherwise, it could take years before many of them can obtain a response from international quasi-judicial and judicial bodies.

The latest declarations of the current government in which they commit not to bomb where there may be children recruited are hopeful (Euronews, 2022). However, it will remain somewhat insignificant until it is shown that the theory is finally being implemented in practice.

As an NGO focused on the well-being of children worldwide, Humanium strongly condemns recruitment and violence against children. Humanium continues to work to raise awareness on the rights of children who are involved in armed conflicts and those who are not, but who also become victims – such as in the case of Colombia and many other countries around the world. For this purpose, we appeal to the collaboration of those who identify themselves with the cause.

If you would like to support our cause, please consider donating, sponsoring, or volunteering in projects in which Humanium is currently involved.

Convention on the Rights of the Child (1989) 1577 UNTS 3. Obtained from https://www.ohchr.org/en/instruments-mechanisms/instruments/convention-rights-child, accessed on September 12, 2022.

Inter American Commission on Human Rights (IACHR) (2021) IACHR Expresses Concern Over Death of Adolescent Girl During Military Operation in Guaviare and Over Vulnerability of Children and Adolescents to Forced Recruitment in Colombia. No. 064/21. Obtained from https://www.oas.org/en/iachr/jsForm/?File=/en/iachr/media_center/preleases/2021/064.asp, accessed on September 14, 2022.

Office of the Special Representative of the Secretary-General for Children and Armed Conflict. Obtained from https://childrenandarmedconflict.un.org/tools-for-action/opac/#:~:text=The%20Optional%20Protocol%20to%20the,force%20on%2012%20February%202002, accessed on September 14, 2022.

Optional Protocol to the Convention on the Rights of the Child on the involvement of children in armed conflict (2000) 2173 UNTS 27531. Obtained from https://www.ohchr.org/en/instruments-mechanisms/instruments/optional-protocol-convention-rights-child-involvement-children, accessed on September 12, 2022.

Protocol Additional to the Geneva Conventions of 12 August 1949, and Relating to the Protection of Victims of Non-International Armed Conflicts (Protocol II) (1977) Obtained from https://www.ohchr.org/en/instruments-mechanisms/instruments/protocol-additional-geneva-conventions-12-august-1949-and-0, accessed on September 12, 2022.