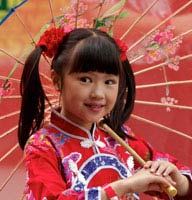 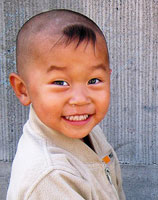 Chinese children do not fully enjoy their rights, even though progress has been made in recent years. The trafficking of children, disparities between different regions in health and education, the Tibetan situation… etc. remain problematic.

Despite government initiatives to reduce poverty, income distribution remains very unequal in China. Approximately 4.2 million children are classified as living in extreme poverty, in addition, it is estimated that nearly 9 million children are “disadvantaged”. The families most affected by poverty are those living in rural or of an ethnic minority. 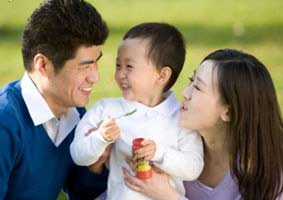 How can one talk about children in China without mentioning the one-child policy? This system controls the number of births, launched in 1979 by the Government to regulate the country’s demography, favors couples limiting themselves to have only one child by offering all kinds of benefits  (Housing, education, health…). On the other side, larger families have to pay a fee. However, it must be noticed that this system applies only to the Han ethnic majority.

These measures are truly problematic for poor families in the countryside, who rely on children and preferably a male offspring as labor and “life insurance” for their old age. Since 2002, this policy has been relaxed to officially  allow the birth of a second child, in the case of rural families if the first was a girl or a disabled child.

More than 400 million births have been “avoided”, ensuring a better standard of living for the Chinese people officials said.

An unfortunate consequence of these restrictions is the abandonment of many children, particularly girls, or even infanticide in some areas, although that is formally denied by Beijing. Selective abortion (abortion based on the baby’s sex) is prohibited by law; however it is widely practiced, resulting in an imbalance between the number of girls and boys. This policy is very problematic when taken in connection with the right to life guaranteed by art. 6 of the Convention on the Rights of the Child (CRC).

According to government statistics, nearly 100,000 women and children are trafficked in China: it is estimated that children represent at least 10% of that figure. Most victims are from poor and rural areas in the western part of country. The majority of these are young boys who are sold to the highest bidder, in China itself, or sometimes in other Asian countries.

Trafficked, in turn, are most often sexually exploited, and the one-child policy is also implicated in this area, since some parents do not hesitate to sell their daughters to have a second chance having a boy.

China has made considerable progress in access to health care over the past two years, reducing infant mortality from 65 to 19 deaths per thousand births on average. Life expectancy has also risen to more than 70 years old.

However, large disparities persist between different regions and Chinese ethnic groups in the field of health. It has been noted that people from rural and poor areas, and those from ethnic minorities, more rarely have access to a doctor for treatment. For example, in Shanghai, the mortality rate among children under 5 is less than 10 ‰, but is 450 ‰ in Tibet.

The stated goal of China is to provide nine years of compulsory education for each child. Nevertheless each year thousands of children leave school. 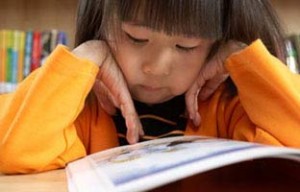 Chinese teaching methods are still very traditional, which does not encourage the active involvement of students. One of the main problems is that only Chinese is spoken and taught in the classroom, not the ethnic minorities’ languages. Moreover, many primary schools are totally under-equipped in China, lacking equipment and qualified personnel. The university is very expensive, preventing some students whose families cannot afford to fund such studies, from accessing higher education.
It should be noted that almost two thirds of children who are not attending school in China are girls. Of the total illiterate population, 70% are women. Another category of children affected by discrimination in school is children with disabilities: according to official figures, only 76% of them have access to education. 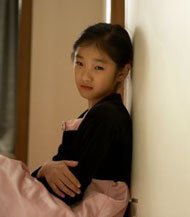 There are an estimated 19 million migrant children in China: originating from rural areas, they followed their parents who migrate to urban areas in the hope of finding a job. Many of these children have very limited access to education and health care, often living in very precarious conditions.
Some of them live on the street: of the 150,000 street children registered in China, the majority are migrant children.

Moreover, they are victims of widespread discrimination because of their poverty and, sometimes, difficulty in learning another dialect. There are special schools for migrant children, but they are not generally recognized, making their diplomas unusable, which makes it difficult to find a good job afterwards.

Even though China’s Constitution stipulates that freedom of speech is guaranteed, in reality this freedom remains restricted: the media is very controlled, opponents and human rights defenders are often jailed and the Government is known for its very strict censorship policy, especially on the Internet.

These restrictions prevent Chinese children from exercising their right to information and to freedom of expression, in violation of Art.13 of the Convention on the Rights to the Child.

Statistics reveal an increase in juvenile crime in China. Thus, the State has established a strict system of juvenile criminal law: 99% of cases brought to trial end in conviction. The conditions of juvenile detention are criticized by NGOs involved in this area because youth are often detained in the same prisons as adults without any separation contrary to what is provided in the CRC (Convention on the Rights of the Child).

Those convicted to a rehabilitation measure in a “Work and Education” school have no right to be represented by a lawyer during the proceeding or to appeal against their conviction. In these schools, juvenile offenders are forced to work in factories or plants and they have no right to contact their families.

Violations of Child Rights in Tibet 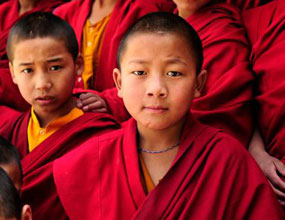 In Tibet, the full realization of Child Rights is far from being reached. Tibetan children are victims of multiple discriminations, particularly in training. About 49% of young Tibetans are illiterate or unable to read and write properly. Many children living in remote areas simply do not have access to a school, and some families cannot afford to finance an education.

The Chinese Government encourages its citizens to colonize Tibet with attractive salary offers, threatening the Tibetan economy, causing severe poverty among the natives. Children are the first to suffer.

Access to health services is limited, making Tibet the worst place to live in China in terms of health. Hospitals are concentrated in urban areas, while almost 40% of the Tibetan population is still nomadic or semi-nomadic. Moreover, doctors apply prohibitive taxes on the Tibetans. The infant mortality rate is one of the highest in the world. Doctors practicing traditional medicine in the villages cannot treat infections and basic children diseases (eg. measles, or problems with teeth).

The diet of some Tibetan children lacks diversification because the climate is not conducive to agriculture; they eat few or no vegetables which creates significant nutritional deficiencies. Many children suffer from malnutrition.

But above all, Tibetan children suffer violations of their freedom of belief. The Chinese authorities are trying to control the Tibetan Buddhist religion. The case of the 11th Panchen Lama, the most important spiritual leader after the Dalai Lama, illustrates this problem: a few days after being recognized as the new reincarnation of the Panchen Lama, the referred young boy was kidnapped and imprisoned by the Chinese authorities, who recognized another child in his place. Even today, what happened to the boy whom Tibetans consider the “real” Panchen Lama remains a mistery.

Another problem is the age some children are placed in monastery. In Tibet, there are young monks who are only 5 years old. There are multiple reasons whcih lead families to leave their children so early (poverty, historical reasons, etc…) but it is certain that the right of children to choose this life or to talk about this choice is largely ignored.

In addition, young monks are frequently arrested for opposition to the Government: NGO reports state that some of them are even tortured.

The situation remains very tense in Tibet with regard to human rights; NGOs are struggling to provide aid because Chinese authorities are very reluctant.