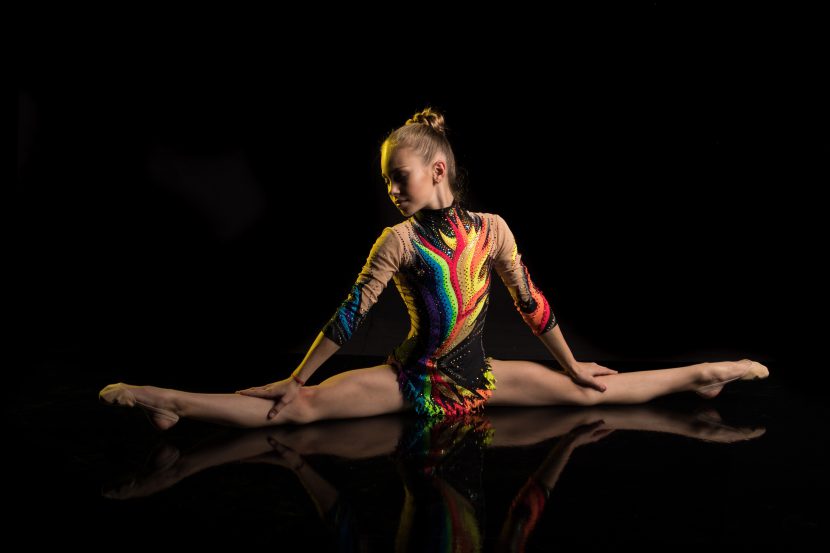 Sport is an essential part of a child’s physical and mental development and growth. Unfortunately, far too often, children are maltreated and abused in a sporting environment, and this continues to go unchecked (Human Rights Watch, 2020; OHCHR, n.d.). This is for many reasons, such as the inability to recognize abusive relationships, and child athletes being ashamed or afraid to come forward (OHCHR, n.d.).

Based on the international legal framework, States and sports organizations are required to deal with these human rights violations, however, this obligation is too often not upheld and therefore abuses still occur and go unchecked (OHCHR, 2018).

The importance of sport for children

Sport is a common and widely-enjoyed form of activity for people of all ages, especially children. According to a study, around 60 million children and teenagers between the ages of six and 18 engage in organized sports every year (Hospital for Special Surgery, n.d.).

Sport can not only have physical and mental health benefits, but it is also widely enjoyed. Sport is a “refuge” through which they can not only learn physical skills, but also develop other essential skills such as tolerance and teamwork which “they’ll utilize throughout life” (Rivers-Cochran & Hamilton, 2021; UNICEF Innocenti Research Centre, 2010).

Children have the right to leisure and play as outlined in the Convention on the Rights of the Child, and Humaniumis a strong advocate of children’s right to “have their voices heard in the planning and delivery of the sport activities in which they are involved” (UNICEF Innocenti Research Centre, 2010).

As per article 29 of the Convention, people involved in children’s sports, including coaches, volunteers and professionals, are required to “ensure that sport is practised in a culture of understanding, peace, tolerance, equality of sexes, friendship and fair play among all people”. (UNICEF Innocenti Research Centre, 2010).

The vulnerability of children

WHO defines child maltreatment as “all forms of physical and/or emotional abuse, sexual abuse, neglect or negligent treatment, or commercial or other exploitation, resulting in actual or potential harm to the child’s health, survival, development or dignity, in the context of a relationship of responsibility, trust or power” (Fortier, Parent, & Lessard, 2019). Child abuse and maltreatment happen in many sports, and girls, minorities and higher-level athletes are most often the victims (Bjørnseth & Szabo, 2018).

Moreover, although coaches are generally the perpetrators, Bjørnseth and Szabo (2018) argue that new research suggests that “peer-athletes may precede the coach”. Turner and McCrory (2004) found that in swimming, documented offences have generally involved a male coach with female students, but that in tennis, while this has been documented as well, there have also been multiple offences involving a male coach and male students.

Children are in a vulnerable position in sport, and coaches and instructors far too often take advantage of their vulnerability to groom and abuse them (Wrack, 2020). Based on a study by the Independent Inquiry into Child Sexual Abuse, out of “3,939 survivors of sexual abuse who came forward” between June 2016 and March 2020, “64 described child sexual abuse that took place in a sporting environment”, and 91% of those 64 reported being “sexually abused by a sporting coach or volunteer in a sports organisation” (Wrack,2020). Sport provides a “conducive environment for physical contact”, due to children most often being away from their parents and defenceless (Wrack, 2020).

Another issue is the strong power imbalance which further highlights children’s vulnerable position (OHCHR, n.d.). Coaches and other authority figures groom children abusing their status as an “important figure” for their pupils – a mentor and at times even, a father figure (MacAuley, 1996).

People in positions of power like sports coaches can pose a threat to children, especially due to the “unique characteristics of the sport environment”, including the importance of the “coach–athlete relationship, the intensity of youth sport, the demands of competition, the interest of the media in young athletes, time spent in distant training centres, recruitment procedures of young athletes, and the distance from home or school environment” (Fortier, Parent, & Lessard, 2019). Children are usually unsupervised, and the risks of abuse in this high-risk environment leave lasting effects on children mentally, and sometimes physically (MacAuley, 1996).

Cases in the media

Some stories have gained media attention, which order to raise awareness of the issues occurring to many children. For example, Bamba, a 51-year-old under-18 girls’ basketball coach from Mali was accused of assaulting and harassing at least three players, and impeding their careers when they refused to have sex with him (Human Rights Watch, 2021). To worsen the situation, Human Rights Watch (2021) found that basketball officials have been covering up a pattern of the same type of sexual abuse, “allowing it to continue”.

Another example is the rife violence and abuse of Japanese child athletes. Physical violence as part of coaching is widespread in Japan, “often seen as essential to achieving excellence in competition and in personal character” (Human Rights Watch, 2020). Thus, coaches and parents don’t always see the violence as abuse, due to the tradition and belief that it helps in the children’s training (Human Rights Watch, 2020).

However, this is damaging to children, and has even caused some to self-harm, for example in 2012, when a 17-year-old high school basketball player in Osaka committed suicide because of his abusive coach(Human Rights Watch, 2020). Due to allegations and pressure ahead of the 2020 Olympics, the Japanese government and various sports organizations made some reforms, including the 2013 Declaration on the Elimination of Violence in Sport, and the 2019 governance codes for national sports federations and other sports organizations (Human Rights Watch, 2020). Nevertheless, since these reforms do not specifically address abuse of children in sport, and “neither are legally binding”, questions arise over their effectiveness (Human Rights Watch, 2020).

Finally, another famous example that gained widespread media coverage last year was the story of Simone Biles, an American Olympic gold medallist, and one of the world’s top gymnasts. She was sexually abused by Dr Larry Nassar, a former USA Gymnastics doctor (Shabad, 2021). When she testified before the Senate Judiciary Committee, she stated that the abuse happened because organizations like USA Gymnastics and the US Olympic and Paralympic Committee, both created by US Congress to protect athletes, “failed to do their jobs” (Shabad, 2021).

A Justice Department inspector general report released in July 2021 found that gymnasts first reported allegations of sexual assault to the FBI in 2015, but Nassar continued to treat gymnasts at a high school club, a gymnastics club, and Michigan State University until late 2016 (Shabad, 2021).

Sexual abuse among young athletes is “shockingly widespread” in the USA, with around 13% of student-athletes being survivors of sexual assault, and approximately one in 12 athletes having been sexually abused by a “sports official or peer athlete”, which is likely much worse due to the “pattern of underreporting” (Rivers-Cochran & Hamilton, 2021).

An unchecked and continuing problem that needs to be addressed

Sport can “provide an environment suited to paedophiles”, and in many cases, abusers are able to get away with their acts for years before being prosecuted (Turner& McCrory, 2004). Additionally, sporting organisations are “often reluctant to acknowledge that child abuse could be taking place within their jurisdiction”, and most of them have no mechanism to deal with complaints or allegations of abuse (Turner& McCrory, 2004). Even when perpetrators are found guilty and given a custodial sentence, this does not help the problem as the abuse often starts again post-release (Turner& McCrory, 2004).

Child maltreatment and abuse is a problem of power imbalance, and children are vulnerable and often unaware of what is happening to them due to being groomed by their perpetrators from a young age (Fortier, Parent, & Lessard, 2019). Furthermore, children feeling scared of not being believed, ashamed, and guilty, are other factors preventing them from coming forward, combined with often not having anyone to talk to (Wrack, 2020).

Not only is there a need for reporting mechanisms, but there is of course a strong need for effective child safeguarding policies in sport (Human Rights Watch, 2021). Training “all individuals falling under the authority of sports institutions” and enforcing systematic background checks of people working with children is also essential, as well as educating athletes on the matter (OHCHR, 2018; Bjørnseth & Szabo, 2018). Finally, more research and awareness-raising of sexual and physical abuse of children in sport is vital to keep the conversation going.

Humanium strongly condemns the abuse of young athletes, and advocates for the right of the child to leisure and play. We are working to create a world where children can realise their full rights through raising awareness of such issues, and working with local NGOs to create a change. If you want to contribute to our cause, consider making a donation, volunteering or becoming a member.

Hospital for Special Surgery. (n.d.). Intensive Participation in a Single Sport: Good or Bad for Kids? Retrieved 2 February 2022, from https://www.hss.edu/pediatrics-intensive-participation-single-sport-good-bad-kids.asp#:%7E:text=About%2060%20million%20children%20and,round%2C%20often%20on%20multiple%20teams.

OHCHR. (2018, December 27). Report on the sale and sexual exploitation of children in the context of sports.Retrieved 13 February 2022, from https://www.ohchr.org/EN/Issues/Children/Pages/ChildrenInSports.aspx

Rivers-Cochran, J. A., & Hamilton, M. (2021, July 29). Sports are a refuge for children — let’s ensure their safety from abuse. The Hill. Retrieved 4 March 2022, from https://thehill.com/opinion/criminal-justice/565267-sports-are-a-refuge-for-children-lets-ensure-their-safety-from

UNICEF Innocenti Research Centre. (2010, July). Protecting Children from Violence in Sport: A Review with a Focus on Industrialized Countries.Retrieved 20 February 2022, from https://www.unicef-irc.org/publications/pdf/violence_in_sport.pdf