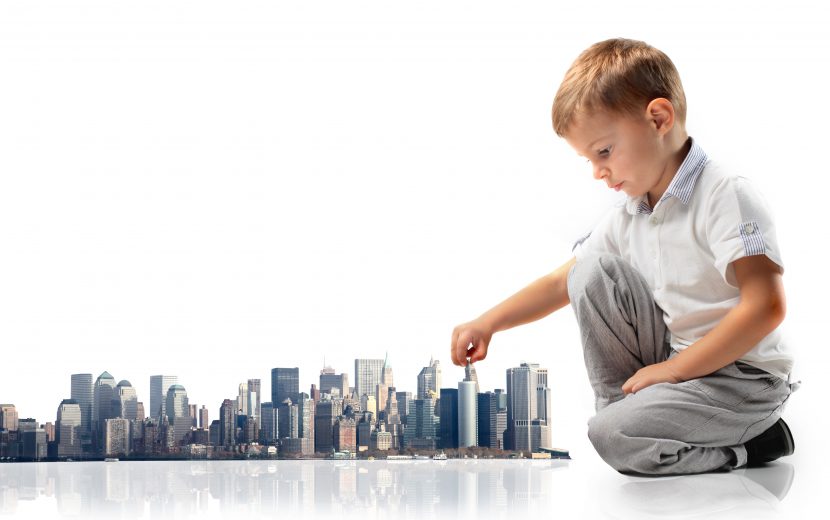 Children are participants in the business world. However, they are also victims of this environment in many ways. Our predominantly capitalist societies make businesses omnipresent in children’s lives. Due to the exploitation of children, the endangerment of their development or the alteration, or even the destruction of their environment, companies must become key players in the effort to promote respect for children’s rights.

The Relationship Between Children’s Rights and the Business World

Child labour and various forms of trafficking are well-known violations of children’s rights. However, this recent article by Jean Zermatten provides a comprehensive overview of the interaction between children and the business world. Children, as active members of a community, are affected by the actions of businesses. Like adults, they are consumers of goods and services. They are also affected by the actions of companies concerning the environment, such as the behaviour of companies with regard to global warming, the dumping of toxic waste in nature, etc.

These actions have a negative impact on their environment, endangering not only their health and their healthy development but also their future. The gradual acquisition of land by corporations may also force families to move away – a form of forced exile due to climate change (Zermatten, 2020). Businesses are a major cause of global warming and the acceleration of climate change, which is already resulting in climate refugees (Parker, s.d.).

In addition, many children are illegally and invisibly involved in the production and operation of businesses, as they are objectified as goods being trafficked in various illegal trades; they face forced labour and sexual exploitation, among other things.

Child Trafficking and the Role of Businesses

Trafficking in persons is defined by the Protocol to Prevent, Suppress and Punish Trafficking in Persons, Especially Women and Children, supplementing the United Nations Convention against Transnational Organized Crime as “the recruitment, transportation, transfer, harbouring or receipt of persons, by means of the threat or use of force or other forms of coercion, of abduction, of fraud, of deception, of the abuse of power or of a position of vulnerability or of the giving or receiving of payments or benefits to achieve the consent of a person having control over another person, for the purpose of exploitation.” Exploitation includes prostitution, forced labour, slavery, etc.

Children all over the world are not left untouched by these human rights violations, and businesses can benefit from these circumstances. Given the underground nature of child trafficking and the high number of violations, reliable figures are difficult to obtain. Nevertheless, there are testimonies showing the atrocity of such violations, such as in Gabon, where many children are bought or even abducted, and deprived of their liberty to carry out domestic tasks (AFP, 2018).

Child trafficking is one of the worst forms of child labour. According to the ILO, in 2005, between 980,000 and 1,225,000 children were victims of forced labour as a consequence of child trafficking (OIT, s.d.). In its 2005 report, the organization estimated that the majority of trafficking has taken place in Asia, followed by the so-called global North, Latin America, and the Caribbean. They are followed by the Middle East, North Africa, the so-called transition economies, and sub-Saharan Africa  (OIT, 2011).

In addition to families who enslave children for domestic work, as in the case of Gabon, children are also exploited by businesses, particularly in the primary and secondary sectors. Girls are particularly affected by trafficking into commercial sexual exploitation, prostitution and domestic work. Boys, on the other hand, are trafficked mainly to work in agriculture, mining and to fight in armed conflicts (OIT, 2011).

Focus: The Incidence of Child Labour in Secondary Sector Businesses or Their Primary Sector Suppliers

As they are inexpensive or even free labour, children are exploited as beggars, domestic servants, recruited by armed factions (UNICEF, 2006)  or made to work in mines. Child labour is largely invisible, especially in countries considered to be industrialized.

For example, smartphones use elements such as cobalt. This element is extracted from mines where many children are being exploited, particularly in the Republic of Congo (Faber, Krause, & Sánchez De La Sierra, 2017). Forced child labour in global supply chains is very significant  (OIT, OCDE, OIM, UNICEF, 2019). This work is dangerous and is detrimental to their healthy development. Companies therefore have a role to play, for example by choosing their suppliers better.

Children have long been regarded as an essential support for the functioning of their family’s economic activity, particularly by helping out in the fields. It has even been considered an integral part of their education (Caron, 2006). However, while the right to education has made progress in this area, as has the prohibition of child labour, many young people are still affected by these violations. In 2016, the International Labour Organization estimated that 152 million children were working, of whom 73 million were engaged in work that was hazardous to their health (OIT, 2017). This may be an underestimate, given the lack of reliable data and the informal nature of the activities  (UNICEF, 2006).

Nevertheless, these violations must be seen in a broader context. Besides cases of child abduction (Jaffer & Ataullahjan, 2015), which are of great concern to poor and vulnerable children, child labour is a matter of the survival of their family (Caron, 2006). In some families, child labour can constitute 25% of total income. All dangerous work is prohibited, and all of these working practices must be stopped. Nevertheless, all non-hazardous forms of child labour should not be abandoned, at the risk of further marginalizing already excluded families (Dayez, 2010).

Child labour is not an isolated problem. It is necessary to take into account the context in which these families function. In order to solve the problem of child labour, it is necessary to improve the socio-economic situation of their surroundings.

It is therefore essential to improve the monitoring of child labour and to combat all its dangerous forms, as well as combatting child trafficking. The international community has already signed existing conventions, such as the 182nd Convention concerning the Prohibition and Immediate Action for the Elimination of the Worst Forms of Child Labour.

There are also schemes within organizations and associations formed to combat the worst forms of child labour (OIT, 2017). In addition to the work of the various police forces in the dismantling of child trafficking networks, it is also necessary for businesses to take part in this fight. Without this type of support, exploiting children for hazardous work will continue to be an acceptable norm, as will human trafficking (Esposito & Tse, 2015). For example, paying employees fairly would be a way to combat dangerous (or non-dangerous) child labour, as children would no longer have to make up a financial shortfall to ensure their and their families’ survival.

Child labour has been an important focus of this article. However, as mentioned above, businesses also have an impact on children and their environment. In many cases, businesses often focus their responsibilities towards children and their rights solely on the issue of child labour  (UNICEF, 2014). Yet, as consumers, children must be protected. For example, competition is fierce in the toy market, which can lead to companies cutting back on product quality. In 2007, the American company Mattel had to remove 21 million toys from the market in just five weeks (Perron, 2007). Therefore, it is necessary to strengthen the protection of consumer rates on those under 18 years of age.

Businesses also have an impact on the environment through their activities. This affects all sectors (L’entreprise en tant qu’acteur écologique, s.d.). Since the protection of the environment, global warming, and children’s rights are intrinsically linked (UNICEF Canada, s.d.), it is therefore essential that businesses take a stand to ensure that their activities and their waste have no further negative impacts on the environment  (L’entreprise en tant qu’acteur écologique, s.d.).