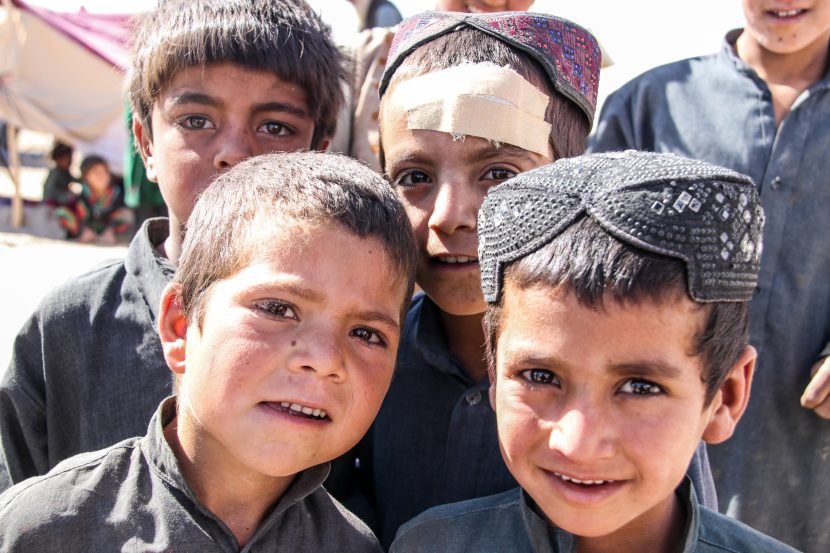 Bacha Bazi is a custom that has been around Afghan tradition for centuries. However, over time, due to poverty and innumerable tragedies that have infiltrated the society of the region, this tradition got distorted to an extent that is now directly violating human and children´s rights. This practice became excessive once the US Special Forces invaded Afghanistan. The distorted subculture of Afghan pedophilia at the moment represents one of the most horrifying violations of human rights in the world.

The history of Bacha Bazi

Bacha Bazi or dancing boys (from Persian: bacheh – “boy”, and bazi – “play, game”) is an expression used in certain parts of Afghanistan and Pakistan. It refers to a practice in Afghanistan engaging generally male children and male adults. This practice has turned into a centuries-long tradition and involves sexual abuse and slavery of young boys by older powerful men, often Pashtuns (New Line Institute, 2021).

These preadolescent boys, called Bacha Bareesh or beardless boys, come from impoverished families and serve as “entertainers” to influential Afghans. Dressed as girls and wearing makeup they dance for their masters who later take them in order to get involved in a sexual relationship. This is how these boys provide for their families.

It is not rare that these children are often taken from their parents with the excuse that they are going to be provided with an education and a promising future. When they reach adolescent age and once their beard starts growing, their service is no longer desired and they are released. This is where their tragic lives continue to worsen due to the psychological damage caused and due to very difficult reintegration into society.

As the perpetrators have always been empowered warlords who have important positions in the Afghan corrupted government, police, and military systems, this practice, going back several centuries into the history of the country, has been a challenge when it comes to its eradication. As a deeply rooted custom, it has been a part of their culture whose archaic aspects are not easily forgotten. We find its antecedents in cultures across central Asia (Human Rights Bright Blue, 2017).

Nevertheless, the horrifying practice that is known today got its form in the 19th century. As women are banned from dancing professionally, these young boys, once taken from their families, are taught how to dance in women’s clothes wearing bells tied to their feet and a scarf over their faces. All they get after being shamelessly used are tokens of money and food (The Diplomat, 2014). During the Taliban government in the ‘90s, this practice was outlawed as it wasn´t considered Islamic and wasn´t aligned with Sharia law. Those who would practice this tradition would be punished by death (Human Rights Bright Blue, 2017).

“Demeaning and damaging, the widespread subculture of pedophilia in Afghanistan constitutes one of the most egregious ongoing violations of human rights in the world”.

The perpetrators of Bacha Bazi in the modern era

Although during the Taliban’s regime Bacha Bazi was illegal and everyone involved in it would be punished, after the US invasion in 2001, the former mujahideen arose again and brought this custom back to life. Since then, the Bacha Bazi custom has evolved and pedophilia reached its peak. Across lawless Afghanistan young boys were kidnapped, raped, trafficked, and sold as sexual slaves (Foreign Policy, 2013).

Many of those newly installed mujahideen commanders became powerful political personas such as governors, ministers, police, and military chefs. As a consequence, this tradition even became normalized and practically institutionalized since many of the beforementioned figures supported these terrible parties and events with their presence.

The situation and the mentality in Afghanistan got so distorted that the families of these boys consensually handed over their sons knowing exactly what their destiny was. The fact that this custom has evolved into an institutionalized practice in certain regions is beyond disturbing. All the efforts made to suppress the practice failed due to the level of corruption of the Afghan government and its involvement in it.

On the other hand, the US never wanted to interfere with Afghan domestic matters, hence the progression of this odious crime. Even though the Afghan Criminal Law punished rape and pederasty under article 427 (Relief Web, 2017), Bacha Bazi wasn’t clearly defined as illegal until January 2017 (Human Rights Bright Blue, 2017). This is when the Afghan government finally gave a step forward in criminalizing the practice. Nevertheless, due to the custom’s widespread cultural approval, the law’s implementation remains challenging and the custom continues to be tacitly accepted.

Once the custom made its comeback following the US invasion in 2001, members of US Special Forces could hear from their bunks Afghan militia members sexually abusing boys in their base, however, they were not allowed to take action and were advised to “look the other way because it’s their culture” (The New York Times, 2015). Nevertheless, in 2011 one of the captains of US Special Forces beat up an Afghan National Police (ANP) for keeping an Afghan boy tied to his bed as a sex slave (AP News, 2015).

This was a small step forward for the international community to bring this topic into the public eye even though the captain was forced out of the Special Forces for intervening.

There were some other members of the US military who claimed that every time they would try to stop child rape or intervene in any other form, they would have to leave the army since the intervention would harm their service record (AP News, 2015). Based on these facts, it is deducible that for political reasons, over the decades, the US Special Forces were turning a blind eye to the atrocities played by the Afghan National Special Forces (ANSF).

Neglecting human rights violations to support political interests has its price. They failed in protecting the Afghan Bacha Bazi boys, therefore, they failed to protect human rights. This is directly connected with the Taliban overtaking Afghanistan again vowing to ban Bacha Bazi which resonated among impoverished Afghans who showed support.

Exposing the malicious custom to the public

After several individual approaches by the members of the US forces to bring this issue to public attention, the international community enforced their accusations. In 2010, the PBS Frontline in the US broadcasted a documentary “The Dancing Boys of Afghanistan” exposing this ancient practice. An Afghan journalist Najibullah Quraishi had detailed conversations with some of the Bacha Bazi boys and even got infiltrated into the circle of powerful men to expose their involvement (PBS, 2010).

In September 2015, The New York Times published an article titled “U.S. Soldiers Told to Ignore Sexual Abuse of Boys by Afghan Allies”. The article served as clear evidence of how politics directly caused violations of human rights instead of protecting and fighting for them. Soon afterward, in October 2015, the Special Inspector General for Afghanistan Reconstruction (SIGAR) opened an investigation on Bacha Bazi and released a report on the topic. The report stated that “Afghan security forces were involved in at least 75 gross violations of human rights from 2010 to 2016, including murder and child sexual assault” (VOA, 2018).

The continuous pressure from the international public led to a revision of the penal code in Afghanistan. The revised version of the penal code was published on May 15, 2017 in the Official Gazette of the Ministry of Justice of Afghanistan (LSE, 2018). This time there was a whole chapter dedicated to criminalizing Bacha Bazi practice. Depending on the level of offense, the perpetrator can face 7 years in jail or life imprisonment. This penal code was reinforced in February 2018 (European Parliament, 2019), but owing to Afghan social patterns and fear of revenge, Bacha Bazi cases remain underreported.

A horrendous practice that sadly lives on

Even with the Taliban overtaking Afghanistan in August 2021, there was not much hope that Bacha Bazi would finally face its end. As the US Special forces withdrew from Afghanistan and women´s and girls´ rights came to in the spotlight, the public rightfully became concerned about what their life would look like under the Taliban regime.

However, since women´s rights have been severely oppressed, and their activities and mobility minimalized, the practice of Bacha Bazi and the pederasty remained present. Although they have once banned the practice, the Taliban, apart from sexually assaulting boys, also use them as soldiers and bodyguards or suicide bombers (Washington Examiner, 2022).

The legal system in the country there has become more complex after the Taliban overtook this country in August 2021 but it is clear that the practice of Bacha Bazi continues to operate without consequences for the perpetrators who remain powerful individuals ruling the transitioning Afghanistan. The recent power dynamics made the national law inconsistent and, therefore, subjected to undermining. On the other hand, the families of Bacha Bazi boys refuse to report their cases as the practice brings shame to their name and they do not have any trust in the legal system.

How to bring this tragic custom to an end?

Despite open investigations regarding Bacha Bazi some media coverage and the change in the Afghan penal code in 2018, this practice has received little attention from the global community overall. Women´s rights and discrimination are still center stages. The custom is deeply rooted in the Afghan culture and history, and, therefore, not easily eradicated.

It seems that the only way of fighting against Bacha Bazi’s practice and gender injustice is to modernize the Afghan law system and solve the issue from the cultural-religious perspective. It is absolutely necessary to purge pedophiles from important positions within the Afghan system such as the government, police, and military. Eradicating this distorted practice will only occur in a pedophile-free Afghanistan where the archaic aspects of warlord Afghan cultures are completely marginalized.

At Humanium we fight for children´s rights and will always strongly condemn its violation in any form. Raising awareness of their status and the issues they are facing around the world is paramount to our team´s activities. We constantly work hard to protect children against violence by ensuring that their voices are heard by international institutions and the community. You can help us achieve that by making a donation, sponsoring a child, or becoming a volunteer. All children deserve to live in a world free of violence!

European Parliament (2019), “MOTION FOR A RESOLUTION on Afghanistan, notably the allegations of sexual abuse of boys in the Logar Province”, retrieved from: https://www.europarl.europa.eu/doceo/document/B-9-2019-0256_EN.html, accessed on August 3, 2022.

Newlines Institute (2021), “What About the Boys: A Gendered Analysis of the U.S. Withdrawal and Bacha Bazi in Afghanistan”, retrieved from: https://newlinesinstitute.org/afghanistan/what-about-the-boys-a-gendered-analysis-of-the-u-s-withdrawal-and-bacha-bazi-in-afghanistan/, accessed on August 2, 2022.

The Diplomat (2014), “Bacha Bazi: The Tragedy of Afghanistan’s Dancing Boys”, retrieved from: https://thediplomat.com/2014/08/bacha-bazi-the-tragedy-of-afghanistans-dancing-boys/, accessed on August 4, 2022.