Children in the Justice System

Why do children come into contact with the justice system?

Children in Conflict with the Law

A child can be in conflict with the law for many reasons. Most of the time, they have committed a crime, such as a burglary or consuming alcohol. Most infractions committed by minors are not very serious. Only 5-10% of detained children have committed very serious crimes. 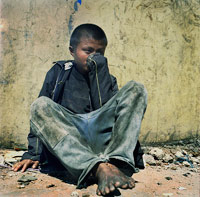 However, a child can also be considered in conflict with the law if they are seen to be “at risk of delinquency” or if they may be in danger because of their behavior or the place in which they live. For example, street children can be accused of committing an infraction, especially in the Philippines, Brazil, and Kenya. Most such children are considered a menace, because they wander about in groups or beg, and can be arrested without having broken any laws.

Other children are arrested because of their immigration status, especially if they are in an irregular situation (without papers). However, children who are refugees or asylum seekers, who have fled their own country because they were in danger, can also be arrested. Some are quickly released, but others can remain in prison for months, or even years.

Children can also technically be in conflict with the law if they are victims of unjustified actions by judicial authorities. Such actions are unpardonable violations of children’s rights, if they are on purpose. If not, they are still very serious judicial errors.

In an overwhelming majority of cases, children do not voluntarily come into conflict with the law. There are many basic social reasons why they would act in such a manner. Children who steal or live in the streets don’t have any other option. They are forced into such a lifestyle because of poverty, a lack of family stability, a lack of education and employment prospects, negligence, abuse, exploitation, or even drug or alcohol abuse.

Children have not always broken he law to come into contact with the judicial system. 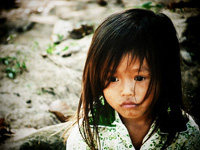 Instead, some are victims of someone else who has broken a law. These children come before the justice system in order for that person, whether an adult or child, to be punished. More importantly, however, these children seek a restitution of their rights and compensation, often financial, to help them rebuild their life.

Other children are witnesses, who have heard or seen a crime being committed or who know some information which could help prove the truth of an occurrence when a law has been broken. A witness comes before the court in order to tell what they know. Everything they say is written down as a testimony, so as not to be forgotten.