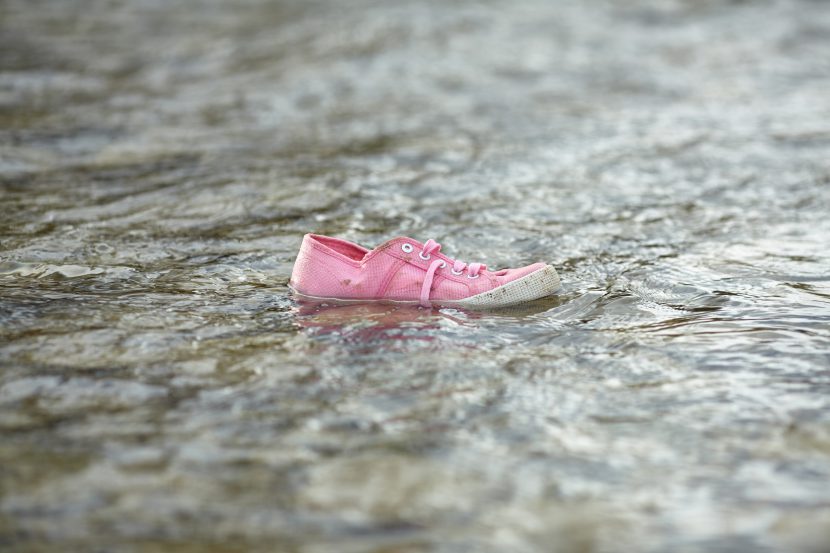 Children represent 27% of global human trafficking victims. This issue particularly affects girls, who account for two-thirds of the victims of this serious crime, which has a drastic impact on the lives of thousands of children (Save the Children, 2021). Trafficking rings have easily spotted the opportunities for bringing in new victims that migration routes offer. But just how big an impact does the tragedy that is human trafficking on the Mediterranean route have?

The sea is not the only danger

Migration routes are fraught with difficulties for people who are seeking a better life. In this sense, the trials are immeasurable, and their sheer number makes the journey extremely perilous. A myriad of people considers illegal migration their last chance to escape the dire economic, social and political situation in their home countries (United Nations, 2019).

The reasons why people undertake this life-threatening journey vary greatly from country to country, but all revolve around the search for a better life for themselves and/or their families (United Nations, 2019). With this purpose in mind, many minors also leave their homeland in the pursuit of a more promising future. This makes them victims of choice for human trafficking rings, as well as being at the mercy of the Mediterranean, in whose waters the threat of drowning is ever-present (Collyer, 2016).

The Mediterranean routes – the routes most used by migrants – are “the most dangerous currently known” (UNICEF, 2018). These routes can be broadly defined as those starting in sub-Saharan Africa and ending in Italy – all by sea (UNICEF, 2017). Furthermore, since 2020, the migration route from Morocco towards Spain (the Canary Islands) has become even more popular than the route towards Italy (IOM, 2021).

The majority of people from sub-Saharan Africa using these routes are from four countries: Senegal, Mali, Guinea and the Ivory Coast (IOM, 2021), whereas in 2015 the majority of displaced people were from Syria. While the Syrians had fled because of civil war, it is not possible to identify a single cause for all cases, as migrants’ countries of origin vary and not all have similar local situations, but human rights violations, lack of employment opportunities, and a desire to avoid persecution are all likely causes (UNHCR, 2019).

One of the most significant threats to children once they leave their country of origin is the possibility of abuse, which can include human trafficking. In fact, 77% of migrants under the age of 18 who have crossed the Mediterranean have been victims of “abuse, exploitation, or practices that are considered human trafficking” (UNICEF, 2018).

The 2015 migration crisis in Europe has created an unprecedented influx of people into the European Union. The majority of displaced people take a path that involves crossing the Mediterranean. In just two years (2015-2016) more than 10,000 migrant children were recorded as missing in Europe after their arrival (Alexandrowicz, 2016). It is therefore likely that some of these children, whose whereabouts are unknown, have been taken in by human trafficking rings.

For example, “many of these children and young adolescents [may have] fallen into criminal networks, been forced into prostitution or had some of their organs removed” (Ladepeche, 2016). Furthermore, it is sadly acknowledged that “children who spend more time crossing, or who have a low level of education, are more vulnerable to exploitation” (Maroc Diplomatique, 2017).

The most underprivileged children who have not yet developed their full potential due to their age are therefore at the mercy of people with bad intentions towards them. It can be difficult to distinguish between legitimate assistance and exploitation when there are no benchmarks. This makes it easier for children to fall into the hands of traffickers without being aware of it.

In some cases, the harmful effects of trafficking are only fully recognised by the victims upon their arrival on European soil. What’s more, in addition to risking their lives, migrants have to pay considerable sums of money even to hope to reach Europe. The cost of crossing the Mediterranean is estimated at between US$1,000 and US$5,000 (Maroc Diplomatique, 2017).

Even if payment was made at the outset, there are cases of people who arrived at their destinations being handed over to trafficking rings that hold them for ransom and/or blackmail (Human Rights Watch, 2021). This poses an even greater threat to unaccompanied children, who may also be victims of economic blackmail if their parents remain in their country of origin. The notion of ‘paying later’ is very appealing to minors who believe that they will be able to repay their debts after fleeing their country of origin (UNHCR, 2019).

As a result, many children are subject to such abuses, as one-third of children travelling the Mediterranean route are unaccompanied (UNICEF 2017).  The use of smuggling rings to attempt to reach Europe is only the beginning of the dangers for migrants, including children. Unpayable debt often forces child migrants into prostitution against their will (Ladepeche, 2016).

In addition to braving the Mediterranean routes, the children then find themselves under pressure from prostitution rings on arrival, who have a stranglehold on them as there are no adults to look after their safety. In most cases, these children do not even understand the situation they find themselves in and do not seek help as they are ashamed and fear possible legal reprisals (NSPCC, 2021)

What are the possible escape routes?

All in all, although the migration crisis of 2015 is now a part of history, migratory activity is far from being a thing of the past. Individuals, including minors, embarking on a potentially life-threatening journey are always looking for a way out, which all too often is through smugglers. This can turn into human trafficking.

Highlighting such events at an international level has helped to mobilise the UNHCR, which deals with the protection of refugees and the problems posed by child trafficking on the Mediterranean. The organisation has announced that it will financially support asylum claims and their legal requirements in addition to highlighting their significance in family reunification cases (UNHCR, 2019).

By being reunited with their families as soon as possible, minors are less likely to be victims of mistreatment and abuse. In addition, the international community represented by the UN is engaged in search and rescue missions across the Mediterranean (UNHCR, 2019). Boat landing procedures that focus on the importance of identification also ensure effective tracing and avoid losing track of unaccompanied children.

In this regard, solutions to protect migrant children coming from the Mediterranean are being developed and implemented by international organisations. There is a commitment to ensuring the overall well-being of vulnerable children.

The protection of children and the respect of their rights is one of Humanium’s main objectives. To achieve this, as the first point of contact, our hotline operates 24 hours a day and can be used to report cases of abuse of any kind, including human trafficking. Humanium, as an organisation working to ensure children’s rights are respected, invites you to support our cause by making a donation, by becoming a member or even by becoming a volunteer. However you choose to support us, there is always a place for individuals committed to the rights of children.