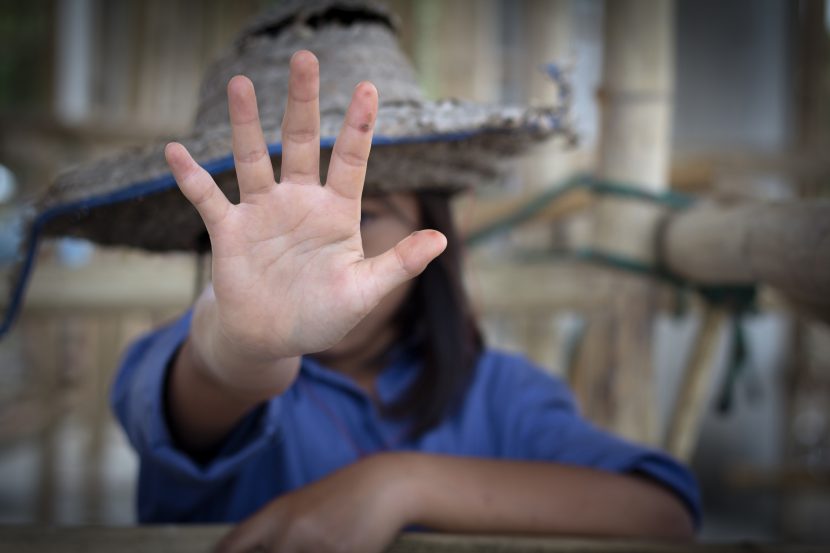 The International Labour Organization (ILO) has marked 2021 as the International Year for the Elimination of Child Labour, with the aim of encouraging legislative and policy action that would eradicate the scourge of child labour worldwide. However, unless appropriate mechanisms are designed to mitigate the decline in child labour wages, a ban on child labour will likely prove undesirable in poor countries for many families during the Covid-19 recovery.

The International Labour Organization (ILO) defines child labour as a flagrant violation of child rights as stipulated under Article 32 of the Convention on the Rights of the Child, specifying that it is “work that is mentally, physically, socially or morally dangerous and harmful to children; and interferes with their schooling by: depriving them of the opportunity to attend school; obliging them to leave school prematurely; or requiring them to attempt to combine school attendance with excessively long and heavy work”. It further defines child labour as “work that deprives children of their childhood, their potential and their dignity” (ILO).

Significant progress has been made over the past decade as a result of international mobilization. There has been a 38% decline in child labour globally; however, 152 million children are still engaged in child labour (UNICEF , 2020) and the Covid-19 pandemic has not only significantly exacerbated this situation, but threatens to undo years of achievements in the fight against child labour (ILO, 2021). Indeed, as is the case in most crises, the most vulnerable in society will feel the worst impacts.

It has been shown that one percentage point increase in poverty induces at least a +0.7% increase in child labour in certain countries (UNICEF, 2021). In times of crisis, child labour becomes a coping mechanism for many families and children, especially those from poor communities who are at particular risk of exploitation as parents fall deeper into poverty. Some may feel forced to send their children into the labour market while others seeking employment risk being trafficked for forced labour (Global Child Forum, 2020).

Moreover, there is growing evidence that child labour increases as schools close, affecting more than a billion students in 130 countries during the pandemic (Il Sole 24 Ore, 2021). When schools open again, not all parents can afford to send their children to school. As a consequence, gender disparities can grow in earnest, with girls particularly vulnerable to exploitation in agriculture and domestic work. In fact, because ensuring the continuity of education is even more important in times of crisis, the EU is helping children go back to school and get a chance of a better future. In particular, the EU supports countries in strengthening and expanding their social protection schemes in order to help the most vulnerable to cope with Covid-19.

Indeed, the risk of child labour is high when family members work in the informal economy, have a low and not certain income and have no access to unemployment benefits, health insurance, or any other form of social protection. Moreover, during Covid-19 school closure, the EU has launched a project called “CLEAR Cotton project” which encouraged working children’s reintegration into school, monitored their situation and trained teachers in sanitary measures, setting up tutorial classes also for children, to reducing the risk of contagion (European Commission, 2020).

The International Year for the Elimination of Child Labour

The proclamation of 2021 as the International Year for the Elimination of Child Labour was unanimously adopted in a UN General Assembly resolution in 2019. One of the main purposes of the initiative is to urge governments to implement all necessary measures in order to achieve Goal 8.7 of the United Nations Sustainable Development Goals.

The latter calls on member states to take immediate and effective measures to eradicate forced labour, end modern slavery and human trafficking, ensure the prohibition and elimination of the worst forms of child labour (including the recruitment and use of child soldiers) and end child labour in all its forms by 2025. This action-packed International Year will set the stage for the 5th Global Conference on Child Labour to be held in South Africa in 2022, where stakeholders will share their experiences and make further commitments to end child labour in all its forms by 2025.

The possible fallouts of an unrealistic target

Although it is intuitive and morally compelling that the worst forms of child labour should be eliminated, banning every form of child labour in poor countries is unlikely to be welfare-improving and can come at the expense of human capital accumulation. In fact, child labour is far from exceptional in many parts of the globe. Child labour is concentrated in the world’s poorest countries, where about 25% of children are engaged in exploitative work. Sub-Saharan Africa, home to 27 of the world’s 28 lowest-income countries, has more child laborers than any other country (UNICEF, 2020). Child labour is also common in fragile contexts where there is insecurity or armed conflict, such as Libya, Congo and currently the Tigray region of northern Ethiopia.

The point is that protecting the rights of working children instead of banning child labour would be a more realistic and feasible target, other than a true evidence-based approach. In fact, for families with subsistence incomes who cannot rely on a societal safety net, an efficiently enforced ban can be devastating (Forbes, 2019). These families must either acquiesce in abject poverty or earn money from activities not affected by a ban. In either case, children bear the loss of such a ban (The Guardian, 2015).

As it is a matter of fact that the worst forms of child labour should be banned, it is also true that any ban must offer alternatives: new sources of income for parents, services for families, innovative farming techniques to ensure food security and accessible schools for children (Forbes, 2019). A ban without the necessary alternatives is naive, and programs that address poverty while ignoring the ongoing reality of child labour are short-sighted.  Indeed, as professor Tatek Abebe, Professor of Childhood Studies at the Norwegian University of Science and Technology in Trondheim has stated, “eliminating child labour as a resolution without addressing fundamental structural problems of poverty and inequality will not be successful” (Reuters, 2021).

The International Labour Organization (ILO) and UNICEF have published a report: “According to Covid-19 and child labour: A time of crisis, a time to act”, where they provided several proposals to counteract such a ban, and these are: greater social protection, easier access to credit by poor families, promotion of decent work among adults, school catch-up measures, including the elimination of tuition fees, more resources for workplace inspections and legislative improvement.

Despite this, it is often thought that this is not enough, and that the international system should focus on the well-being of the children rather than on the elimination of child labour. Indeed, there is an open letter of over 100 experts that call on the UN, UNICEF, and the UNCRC Committee as the primary overseers of the UNCRC along with the ILO to facilitate a more inclusive dialogue among governments, UN agencies, donors, NGOs, researchers, and working children themselves (Open Democracy, 2021). Before aiming at eliminating every form of child labour, there is a whole world economic system to review in order to encompass all families’ fragilities and dynamics.

Humanium as an organization is actively working on projects aimed at eliminating child labour. In partnership with Hand in Hand India, Humanium is is set to end child labour through education, by offering the former child labourers in the Residential Special Training Center in Madhya Pradesh, India, tailored educational, physical, mental and emotional support, and ultimately reintegrating them into public schools. If you would like to support Humanium in its work, please consider becoming a member, sponsoring a child or making a donation.

Open Democracy. (2021). Open letter: change course on the International Year for the Elimination of Child Labour. Retrieved from Open Democracy.