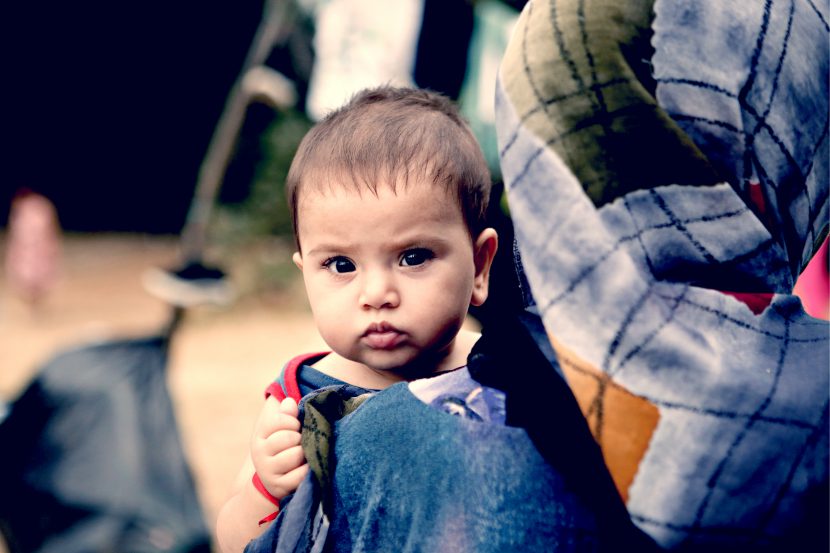 In the past decade, migration and external displacement have become realities an increasing number of children face. Additionally, migrant children are one of the most vulnerable population groups and the inability to provide documentation confirming their age and status exacerbates this vulnerability.

Age disputes caused by increased suspicion and scepticism surrounding the arrival of migrant children bring into question the child’s identity while experiencing this increased vulnerability (Kenny et al, 2018). The subsequent age determination procedure that many of those children have to endure is surrounded by ethical issues, potential harmfulness to the physical as well as mental well-being and the inaccuracy of the assessment.

Migrant children are moving across borders to seek international protection owing to a fear of persecution or the lack of protection in their country of origin due to human rights violations or conflicts. The one thing many of the migrant children, regardless of their arrival as being accompanied, unaccompanied, separated, asylum-seeking, trafficked or smuggled, often have in common is the lack of proper or any identity documentation to confirm their status as a child.

The grounds for this lack of identity documentation range from the loss or confiscation of documentation before or during the migratory journey to the failure of birth registration which is unfortunately still common in many Asian and Sub-Saharan countries (Kenny et al, 2018). Due to the lack of specific guidance in the case of an age dispute, in some countries, many migrant children end up entering the adult-asylum determination process. In other countries, the receiving state often requires the children to enter into a fairly unreliable age determination procedure (Council of Europe, 2019).

The importance of age

The status of a child (“any person below the age of 18 years”) as defined by Article 1 of the Convention on the Rights of the Child grants access to a range of civil, political, economic, social and cultural rights such as access to appropriate child protection services, education, housing, and support (Council of Europe, 2019). While age is an innate characteristic of one’s identity, the age of a migrant is linked to determining the relationship between state and migrant and therefore an indicator for having certain legal protection needs (EASO, 2018). In the context of migration, the age can determine how the asylum claim is being processed as well as the difference in the outcome of the asylum claim (Kenny et al, 2018).

Age determination is “the process by which authorities seek to estimate the chronological age or range of age of a person in order to establish whether an individual is a child or an adult “(EASO, 2018). The most common grounds for this age assessment are doubts on the claim of a person to be a child, the lack of supporting documents or the provision of documentation that is considered unreliable.

To determine the chronological age of the migrant, states conduct several forms of examination as well as a combination of different exams. They can be differentiated into two main categories – medical and non-medical examinations.

Medical examinations can be distinct into radiation-free and involving radiation.

Some forms of medical examinations involve the use of radiation such as carpal, collarbone, pelvic or dental X-rays to determine the age of the person (EASO, 2018). Due to the high intrusiveness and potential harmfulness of this form of examination, it should only be used as an exam of last resort.

Other medical radiation-free forms of examination include dental observations, MRIs and physical development observations. While this method provides for a lower degree of harmfulness to the physical well-being of the child, it should be noted that the high level of intrusiveness continues to pose a risk for potential traumatic experiences for the migrant child (EASO, 2018).

Non-medical examinations involve the assessment of further evidence, the conduct of an age assessment interview as well as psycho-social assessment of the child’s maturity. Despite the fact that these types of assessments are the least intrusive and harmful ways of examining a migrant’s age, previous trauma and other significant mental health issues may affect the cognitive capability of a migrant (EASO, 2018).

The age assessment procedure provides several challenges, issues and risks that may impact the well-being of children.

Age assessment is a sensitive and complex task as well as an inexact science allowing for a margin of error of 5 years on either side (Royal College of Paediatrics and Child Health, 2007), and therefore considered fairly unreliable (Council of Europe, 2019). Medical examinations of bone development as well as dental observations have been widely criticized by experts not only for its inaccuracy, in particular for migrants in the “critical age” between 15-20 years but also from an ethical standpoint for the intrusive nature of the examination.

A challenge to the reliability of a non-medical assessment is the varying development of a child and a child’s maturity based on their social, economic, cultural and environmental background (non-exhaustive) (Kenny et al, 2018). This uniqueness of every child’s development, both mentally and physically, endangers the liability of the assessment, as for example poverty and malnourishment have been identified to cause quicker aging and maturing (Kenny et al, 2018).

For the case that a migrant child has to enter in this age assessment procedure, the ideal scenario would involve a highly trained, unbiased, independent expert and a multidisciplinary approach to conduct the subsequent examinations in a gender-sensitive and culturally appropriate manner (EASO, 2018). While those assessments are often done by dentists, paediatricians, radiographers and social workers, they often lack a multidisciplinary perspective that takes cultural differences in the physical as well as mental development into consideration (Hjern et al, 2011). This exposes children to be misidentified as being young adults.

While migrant children are in itself one of the most vulnerable population groups, the age determination procedure can be questioned from an ethical perspective and has been widely criticized as it may adversely affect the physical as well as mental well-being of a child. On the one hand, some medical exams expose the child to the increased amount of radiation and thus are potentially harmful to the well-being of the migrant child. On the other hand, an examination by a state authority, physical as well as psycho-social, of a migrant child that experienced persecution in the past may have traumatic effects on the child.

While from a children’s rights perspective the age assessment of migrant children shall support the well-being and welfare of the child, receiving countries increasingly use it as a fairly unreliable measure of immigration control. This shift of objective as well as the increasing suspicion towards the immigrant’s age poses a high risk to the safeguards and protection of children and their well-being.

Due to the high margin of error of the existing procedures and the shift of the main purpose of the age assessment to immigration control, many children are misidentified as adults and therefore, exposed to an increased risk to their physical and mental well-being. The misidentified children are at risk to be detained with adults, be subjected to violence, sexual exploitation and abuse, trafficking or forced labour and involvement in criminal activities for survival reasons. Additionally, they are denied access to a range of their fundamental civil, political, economic, social and cultural rights such as access to appropriate child protection services, education, housing, and support (Council of Europe, 2019).

Despite a quasi-universal recognition of children´s rights and the child as an individual rights bearer in the UN Convention on the Right of the Child, the implementation and recognition thereof in the intersection of Children´s Rights Law and Refugee and Migrant Law has still a long way ahead. Migrant children are children first.

Kenny, M.A. & Loughry, M., ‘These don’t look like children to me’: age assessment of unaccompanied and separated children in: Mary Crock and Lenni B. Benson, Protecting Migrant Children – In Search of Best Practice, Chapter 16, 2018.

1989 Convention on the Rights of the Child.

Royal College of Paediatrics and Child Health (2007), The Health of Refugee Children: Guidelines for Paediatricians.