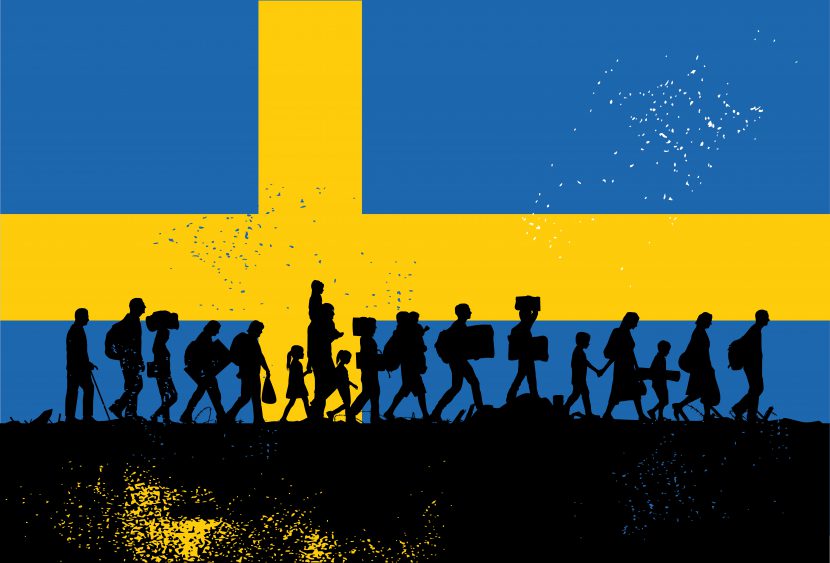 The following is based on personal experiences while working with a group of refugee children at a primary school in Northern Sweden between 2016 and 2018. The events described here are not implied to represent a national trend in Sweden. The characters’ names and nationalities have been altered to protect their identities.

Migrationsverket – a five syllable tongue twister for newcomers to Sweden. It translates as the Migration Agency, well, the Swedish Migration Agency. Those coming from outside of the European Economic Area (the EU plus a handful of countries like Switzerland, Iceland and Norway) need not only familiarise themselves with the twerks of Swedish pronunciation, but not lose sight of the trophy in the bureaucratic rollercoaster that might await them in this otherwise arguably efficient country. Since the flow of migration into Europe accelerated in the aftermath of the Arab Spring the Swedish Migration Agency has increasingly fallen behind in the processing of visa applications submitted to them, not to mention the processing times of asylum applications.

According to the automated estimation I carried out on their official website on 14th January 2020 the processing time for a family reunification application for someone coming from Iraq is estimated between 14 to 21 months at the moment. Processing times for applications for asylum were ‘unfortunately unavailable’ according to the official website.

This story is centred around refugee children who had arrived in Sweden from disadvantaged, and often warn-torn countries such as Afghanistan, Eritrea, Guinea, Iraq, Nigeria, Somalia and Syria. Some of them made their way there by themselves, without the company of their parents or close relatives, while others were fortunate enough to make this journey with their loved ones. One thing all of them had in common: they had each sought asylum and were at the mercy of the bureaucratic machinery of the Swedish Migration Agency.

Between 2016 and 2018 I was working at a primary school in Northern Sweden and I was tasked with teaching English to and becoming mentor for these children. Being their mentor involved keeping a close eye on their social and academic integration, providing them with information on the academic and professional opportunities available to them, staying in touch with their families or guardians, watching over their general wellbeing and referring them to other professionals such as the school nurse or the school psychologist if needed. Each and every one of the children tried hard to succeed, but all too often their lives were affected by inconsiderate decisions made over their fate.

The Amundsen family arrived in Sweden with three primary school age children in September 2016. The Swedish Migration Agency found a one-bedroom apartment for them near the school’s premises and the children entered the Swedish school system. They were among the lucky ones as the family was intact and now safe, looking forward to a better life in their new country. While their apartment was certainly too small for two adults and three children, I never heard them complain about that. As years went by the children were doing well at school – both academically and in terms of their social integration – yet anxiety was visibly creeping upon each member of the family. Waiting for a decision on one’s application for asylum isn’t something one should take lightly.

As of January 2020 the Amundsen family have spent over four years living on an allowance in a small flat in a remote village in Northern Sweden with hardly any opportunities available to the parents to work, study or integrate into Swedish society. They have been living in limbo patiently waiting for a decision on their case that could easily make this marathon wait an enormous waste of time. According to the Swedish research portal Migrationsinfo in 2017 and 2018 the proportion of asylum applications rejected by the Swedish Migration Agency exceeded 50% by a considerable margin.[1]

Part of being human is that we are not keen on doing things in vain. I can recall how upset I felt as a child when after building a sand castle during a beach holiday in Italy a stranger child destroyed it before I could have taken some time to appreciate it. What an advantaged upbringing I had!

The Hopkins family consist of five children and two adults. They had been lucky enough to escape a country ravaged by war. Living in egalitarian Sweden had a visible influence on the family: it empowered the female members of the family by giving them a voice and ambition. Ambition to study, ambition to succeed and courage to dream. It was May 2018, a month before the end of the academic year when the Swedish Migration Agency turned down their application for asylum and relocated them to the south of the country with immediate effect. The children were unable to complete the academic year at their school and their fate was up in the air. The question loomed whether they would be deported. The disillusionment of the emancipated girl and woman under the threat of deportation back to a society she had grown out and moved on from gave me the chills. The Hopkins appealed the decision and their ordeal continues.

At the age of 11 Dolph made most of the long and tiresome journey to Sweden on foot. He didn’t literally arrive alone, as he came with groups of other asylum-seekers, but his family he had to leave behind. Between the ages of 11 and 13 he was relocated six times. Social services had to intervene on two occasions to remove Dolph from his foster carers due to maltreatment, and once he was unquestionably given up due to a looming dental treatment that would have required his foster mother to spend a considerable portion of the fostering allowance on her foster child. Eventually, the authorities decided not to keep trying to match Dolph up with a foster family, and in April 2018 half a year before he would turn 14 he was sent to spend the rest of his underage years (until he turns 18) living in a “boende”, which translates as accommodation, effectively a high end refugee camp.

Waiting for a decision on your asylum application in Sweden is by no means easy. During my time working with refugee children and their parents I witnessed an indescribable amount of sorrow and anxiety. Children (and adults) experience a sense of uncertainty oftentimes exacerbated by the frequently demoralising bureaucracy and waiting times one is subjected to by the Swedish Migration Agency. Asylum seekers often suffer from post traumatic stress stemming from traumatic experiences back at home and during their demanding journey to Sweden. According to one of Sweden’s most respected research institutes asylum seekers in Sweden are approximately ten times more likely to commit suicide than the general population.[2]

We, at Humanium, believe that children’s mental health is neglected all too often. We, as adults, are responsible for making the right decisions for our children. Please, consider your family’s mental health before making life-changing decisions.