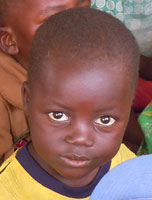 Malawi, a southern African country whose economy rests essentially upon agriculture and its food processing and mining industries, has committed itself to the respect, defense and promotion of the rights of Malawian children. Alas, despite such promises, the country is faced with numerous problems that impede the full enjoyment of Children’s Rights. 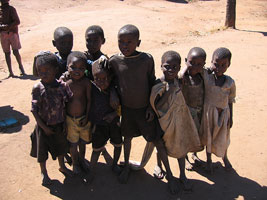 Malawi is one of the 20 least developed countries in the world. Consequently, one child in five lives on less than 0.20 USD per day.

Poverty touches the vast majority of young Malawians, and this leads to extremely serious repercussions. Access to healthy food, to financial resources as well as to health and education services is notably difficult for this isolated population.

In the last 20 years, the mortality rate of children under the age of five has sharply declined in Malawi. At the same time, the rate is still unsettling. Because of inadequate sanitation systems, lack of drinking water and the absence of health services in rural regions, 110 children out of 1,000 still die each year.

The right to food

Malnutrition remains alarming in rural and urban areas of Malawi, since families unfortunately do not have the means to nourish themselves properly. This ill-fitting diet leads to low weight as well as significant developmental problems.

The HIV prevalence rate remains equally worrisome. Each year 30,000 newborns are infected by their mothers. It is estimated that about 90,000 young Malawians are stricken by the disease. AIDS has thus become not only a health issue, but likewise an economic and a social issue. Important measures, namely preventative measures, must therefore be taken– and urgently so.

The right to non-discrimination 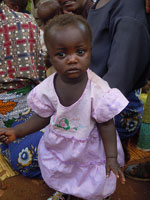 In Malawi, young girls are still victims of discriminatory practices : their access to education is limited; they undergo genital mutilation and often are forced to marry at a very young age.

Similarly, handicapped children, lacking financial resources, don’t have access to facilities adapted to their needs. Furthermore, the government does not keep any statistical data about them. Handicapped children are thus treated differently than other children.

In addition, refugee children, numbering more than one million in Malawi, have difficulty following an academic program. Language poses them problems. These children generally do not take advantage of health services, either. 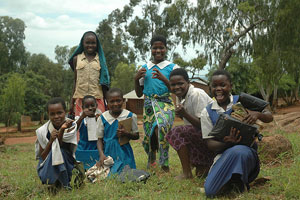 Primary school is free in Malawi, but not mandatory. For this reason, not all children are educated. Furthermore, disparities exist between the sexes and between regions.

On the whole, Malawian schools lack the materials, pedagogical tools and quality instruction they need to fulfill their role.

The practice of female genital mutilation still exists in certain regions of Malawi. The insecure, unhygienic conditions under which the excisions are carried out often lead to serious consequences for the health of young girls. Frequently, infections, hemorrhages or other problems related to the operation follow.

In Malawi, it is still common to strike or spank one’s children. This custom prevails because families consider corporal punishment to be an effective educational technique. Additionally, this pedagogical measure is widely used in academic establishments.

The number of Malawian children living in the streets is constantly increasing; this is due namely to insecure financial situations. Very often the rights of these children to shelter, health, education and nutrition are compromised.

Just as often, street children that need care are placed in correctional facilities. Generally, they live with youth in conflict with the law, which does not accurately reflect their own situations. 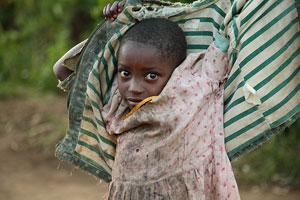 In Malawi, the minimum employment age is 14 years old. However, because of difficult economic situations, families are often forced to make their children work before this age. Such children are usually employed in agriculture.

Child slavery continues in Malawi, but there is no statistical data that allows for measurement of the problem. Organizations and the State believe that the principal causes of child slavery are: forced labor, sexual exploitation and organ trafficking.