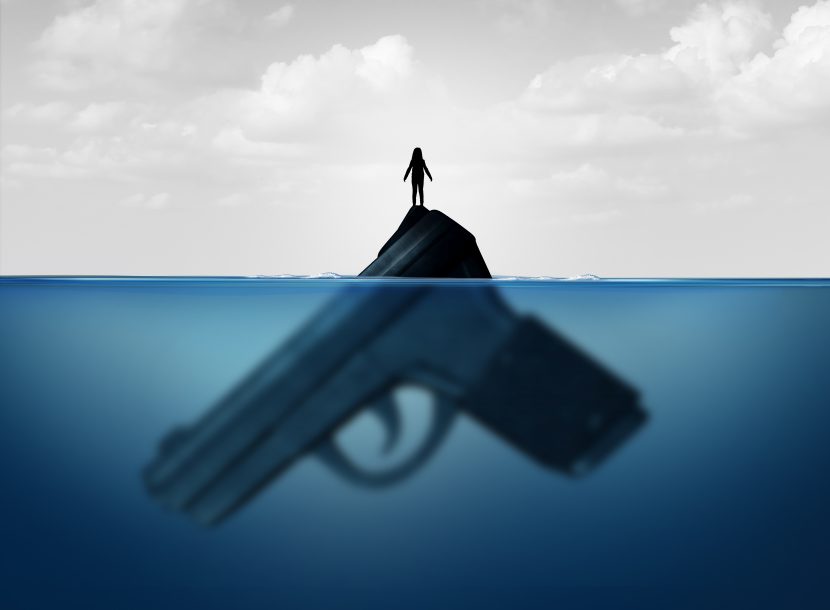 Armed violence is a complex multidimensional phenomenon linked to high levels of inequality and exclusion, as well as institutional and structural constraints such as poor governance, weak rule of law, ineffective implementation of security strategies and high levels of impunity (UNICEF, 2020).

This article will show the consequences armed violence has on children’s life, survival and development (Humanium, 2020), and the effective methods that states can adopt in order to protect children from exposure to such violence.

To better understand the complexity of the issue, we must first identify what armed violence is and which countries are experiencing high levels of such violence. Armed violence is not confined to war, it occurs increasingly in non-conflict settings including in middle-income countries and has a dramatic impact on children, their families and their communities. Armed violence results in forced displacement of families and severely affects the household livelihood and income (UNICEF, 2011).

The Northern Triangle countries are El Salvador (Humanium, 2020), Guatemala (Humanium, 2020) and Honduras (Humanium, 2020); they rank in the top ten worldwide for homicide, corruption, drug trafficking and gang violence. Non-state armed actors such as cartels or criminal organizations have influence in their communities which allows them to perpetuate insecurity by forcibly recruiting individuals into their ranks and using sexual violence as a tool of intimidation and control (United States Institute of Peace, 2018).

More than 15% of homicide victims globally are young males aged 15-29 from the Americas, with Honduras, El Salvador and Guatemala having the highest homicide rates in 2011 (UNICEF, 2020).  Moreover, children face danger since traditional safe spaces such as their home, church and school no longer shield them from these types of risks.

In the Northern Triangle, it is still not clear the impact the cartels or “maras” (Moser & Winton, 2002) have on concrete social groups. Children, for example, are often subjects of exploitation. They become members of cartels because they will receive lower sentences carrying out illegal activities, if they are caught. They are used for prostitution and trafficking, they are often kidnapped and ransom is demanded from the families. The exploitation increases with migrant children. This has been a new phenomenon since 2014 which has yet to be solved.

Children and families are not just seeking refuge across borders as evidenced by the number of internally displaced persons (IDPs) in the region. According to the Internal Displacement Monitoring Centre, an estimated number of 714,000 people from the Northern Triangle were internally displaced as a result of conflict and violence as of the end of 2015 (Beltran, 2017).

Other societal factors can also influence whether violence is encouraged or inhibited. These include economic and social policies that maintain socioeconomic inequalities between people, the availability of weapons, and social and cultural norms such as those around male dominance over women, parental dominance over children and cultural norms that endorse violence as an acceptable method to resolve conflicts.

Consequences of Armed Violence on Children

Children are affected by armed violence in several ways:

Addressing the Problem of Armed Violence

“It is unforgivable that children are assaulted, violated, murdered and yet our conscience is not revolted nor our sense of dignity challenged. This represents a fundamental crisis of our civilization.”

This statement is telling but an unfortunate reality for the children who live in conflict-affected areas. The magnitude of the problem requires an approach which ensures protection, education and psychological support for children (Silva, 2016); a children’s-rights based approach which addresses the impact of armed violence on youth in the region and aims at preventing and responding to violence.

A socio-ecological model for understanding violence against children and adolescents has proven to be an effective approach. It is a framework based on evidence that no single factor can explain why some people or groups are at higher risk of interpersonal violence, while others are more protected from it (Violence Prevention Alliance, 2020). This framework views interpersonal violence as the outcome of interaction among many factors at four levels: the individual, the relationship, the community and the society.

Socio-ecological model offers a framework for program planners to determine how to focus prevention activities. In order to prevent violence, it is important to implement programs and policies that can reduce risk factors and increase protective factors at each of the different levels in the model. Moreover, socio-ecological model provides the foundation to help children; however, more work must be done, particularly for the children in the Northern Triangle.

What Are Potential Solutions?

As stated earlier, armed violence against children is a complex issue which requires a carefully tailored approach in order to be solved. The children in the Northern Triangle countries need special protection and the community must be supported in order to ensure that they are able enjoy a life without violence. There are various ways this can be achieved:

Creating a safe and supportive environment for children ensures that they are able to develop and enjoy their childhood without any disruptions from armed violence. Children exposed to armed violence are robbed of their childhood and suffer from chronic issues which can affect their adulthood. We must urge governments and all international organisations, especially those of the Northern Triangle, to address this issue and ensure that no child is left behind.

Machel, G. (2013, November 1). The Six Grave Violations Against Children During Armed Conflict: The Legal Foundation. Opgehaald van Office of the Special Representative of the Secretary-General for Children and Armed Conflict.

Moser, C., & Winton, A. (2002, June 1). Violence in the Central American Region: Towards an Integrated Framework for Violence Reduction. Retrieved from Overseas Development Institute.