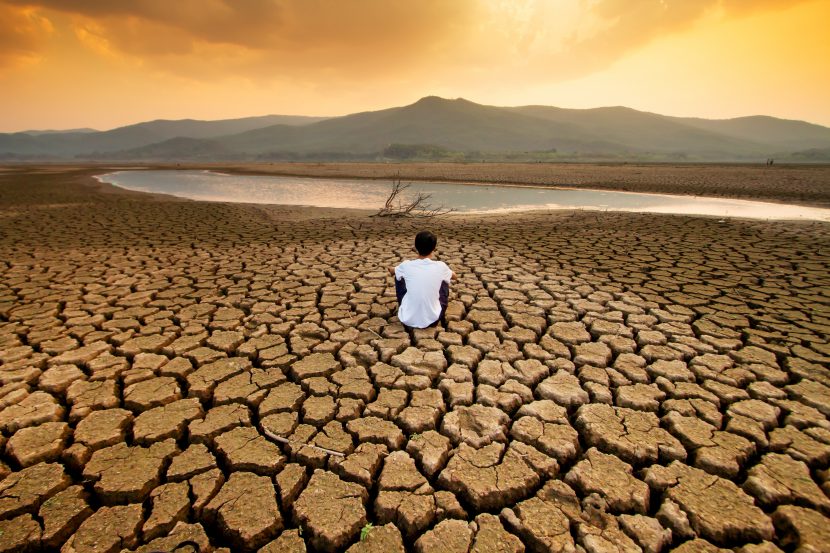 Contemporary environmental crises such climate change, soil and water pollution, and the wide-scale loss of biodiversity contribute to 26% of annual deaths for children aged 5 and under, which amounts to approximately 1.5 million deaths every year, and two-thirds of those deaths occur in the developing world (Ortega-Garcia, 2019). A large percentage of these deaths directly correlate with the effects of water pollution, a particularly acute crisis currently taking place in Latin America.

Water is a fundamental component in a child’s life: healthy water is needed for safe sanitation systems and for human consumption, but without access to water children are unable to attend school because they are often responsible for collecting clean water for their families. Accordingly, the water pollution crisis taking place in Latin America is simultaneously a children’s crisis and an education crisis.

Overview of the ‘Silent Water Crisis’

Latin America is home to about 30% of the world’s fresh water sources, yet it has been silently combatting a water crisis, a crisis that has irreversible health effects on children’s lives. At the heart of the crisis is the fact that approximately less than 40% of the region’s water is left untreated for human consumption and use, whereby polluted sources of waters are released into lakes, rivers and oceans which are then contaminated with human and animal waste, and transferred through water systems into many homes (Americas Quarterly, 2019; Harvard Review of Latin America, 2013).

Furthermore, large bodies of water such as the Medellin River in Colombia, Guanabara Bay in Brazil and the Riachuelo River in Argentina are all subject to wide-scale industrial and human pollution which produces contaminated water sources that are not safe for use and consumption due to toxic exposure and other severe health risks. Simply put, neither the water from the rivers nor the tap water is safe to drink for millions of Latin Americans. There are several existing challenges that threaten water sources and these challenges are specific to the Latin American region.

Although Latin America only accounts for 8% of the world’s total population, millions of people, about 36 million, live without clean drinking water on a daily basis. Moreover, approximately 110 million people do not have access to sanitation facilities, specifically toilets (Academy of Nutrition and Dietetics, 2016).

The effects of unsafe drinking water are severe, as data shows that approximately every year two million people, mostly children under the age of 5, die from water-releated diseases (Harvard Review of Latin America, 2013). Based on the findings of the WHO, 26% of deaths for children under the age of 5 are attributed to poor environmental factors, such as air and water pollution, deforestation, poor sea and ocean health, constituting the main threats against paediatric environmental health (Ortega-Garcia, 2019).

Specifically, poor water sanitation and unsafe drinking water causes diarrheal diseases in children, and accounts for 1 in every 9 child deaths across the world (Academy of Nutrition and Dietetics, 2016). For example, in 2010 research showed that 12,000 children under the age of 5 died due to diarrheal disease in Latin American and the Caribbean (Academy of Nutrition and Dietetics, 2016).

It must be emphasized that young children are most vulnerable to the dehydration and nutritional losses associated with diarrhea, and when this water-related disease is ongoing in the early stages of childhood, it can prevent the absorption of key nutrients which in turns results in anemia, malnutrition and developmental problems (Schady, 2015). Accordingly, water pollution is one of the main causes of illness and death for children in Latin America along with air pollution, and the Pan American Health Organization has estimated that almost 100,000 children in the Americas (the Caribbean and Latin America) under the age of 5 die from these environmental hazards every year (Laborde et al., 2015).

Droughts, climate change, lack of sewage waste treatment, human pollution, oil spills, and the dumping of industrial and heavy metal waste into waters are the leading causes of water pollution in Latin America (Americas Quarterly, 2019). These sources of pollution are plaguing the waters of Latin America and it remains a silent issue hidden from media coverage.

Another emerging environmental issue are hazardous waste sites, with the Pan American Health Organization reporting that 45% of all solid waste is disposed of in dumps or waterways, which pose threats to human health because of exposure to biological agents and toxic chemicals (Froes Asmus, 2016). In most countries in Latin America, it is also a common practice to dump raw sewage into lakes, rivers and streams without proper treatment, which presents serious challenges for households that are located along these bodies of water, and also rely on them for drinking water (Schady, 2015).

In addition, when adverse socio-economic conditions such poverty and low productivity in agricultural activities are coupled with the emerging threat of climate change, the effects of water pollution become acute (Laborde et al., 2015). Children are particularly vulnerable to climate change challenges and extreme weather events such as heat waves and floods because of their variable and local impacts on communities such as food scarcity issues and agricultural growth which has a long-term impact on future generations (Ortega-Garcia, 2019).

The underlying issue that lies the heart of the water crisis in Latin America is the lack of access to piped water and sanitation services in urban versus rural areas. Namely, piped water is accessible to 80% of urban regions, whereby data reveals that countries with higher income levels have better infrastructure for pipeage and sanitation systems (Schady, 2015). Water infrastructure systems are more widely implemented and available in urban regions as opposed to rural regions in countries such as Uruguay, Honduras and Brazil.

Henceforth, poverty and environmental pollution are linked to economically vulnerable areas with poor quality pipeage and sanitation systems, and the presence of polluting industries in some regions also creates conditions of child labour where children from poor households must work to support their families. A regional research-based study reveals that poorer households have reduced access to pipeage and sanitation systems not because of income inequalities but due to geographical inequalities (Schady, 2015). Thus, geographical barriers mainly prevent access to clean water and sanitary services, as rural areas are not within the coverage of these public services (Schady, 2015).

By way of example, in countries such as Colombia, Honduras and Peru, there are no proper water infrastructure systems and children and families do not have any other choice but to practice open defecation. Accessibility to sanitation systems is markedly low throughout rural regions in Latin American countries, with fewer than half of rural communities in Peru, Nicaragua, Paraguay and Bolivia having access to proper sanitation stations. In contrast, access to piped water and sanitation systems is higher in Brazil than it is in Panama.

Low productivity in agricultural business coupled with lack of public services in socially isolated areas further increases the vulnerability of children (Laborde et al., 2015). Yet it is important to note that even in urban residential areas in Latin America, due to the rapid increase of the urban population, government bodies struggling to keep up with growing populations and thus adequate water systems and infrastructure are not yet available (Harvard Review of Latin America, 2013).

The water crisis in Latin America should also be termed as a “children’s crisis” because water is a critical resource for children to be able to attend school. In households without clean drinking water and toilets, many children help their mothers collect water, spending hours on end carrying water from streams and lakes to their homes, and thus do not attend school (Harvard Review of Latin America, 2013).

Girl children and teenage girls are especially vulnerable to poor sanitation due to their menstruation cycles and prevents them from being able to attend school. Girls face a higher risk when they have to defecate and clean themselves during mensuration in open areas, making them vulnerable not only to safety and health concerns but also to sexual violence. Moreover, in school environments water is a key and basic need for children who experience vulnerable socioeconomic conditions and rural living (Ortega-Garcia, 2019).

Put simply, access to clean water and sanitation systems profoundly impact the everyday lives of children, especially in the lives of girl children. There have been various responses to the water crisis in Latin America such as digging wells, purification tablets and the installation of pumps. While these projects remain useful, they represent a jigsaw puzzle of solutions to Latin America’s water crisis, and they do not form a comprehensive approach which can solve the water crisis (Harvard Review of Latin America, 2013).

Humanium continues to work in local and rural communities to effect change through site projects, such as the Rwanda Water Project, which implements permanent solutions to water-based challenges. The goals of the Water Project are to rehabilitate two water supply systems in the districts of Gatsibo and Gicumbi through pipes, to achieve tanks restoration, facilitate a viable water supply management system and raise awareness through activities in local schools. Water pollution crises are taking place on a global scale and local communities are in need of clean drinking water. Please make a donation to Humanium in order to help support projects such as the Rwanda Water Project,.

Academy of Nutrition and Dietetics, “Water Safety and Sanitation in Central America” (n.d.).