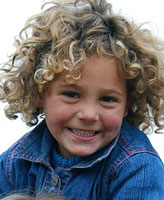 The situation for Uruguayan children is relatively good. Located among powerful Latin American nations, Uruguay has little to be envious of. The protection promised to children is much better that that of the neighboring countries, even if some problems remain.

27% of the population in Uruguay lives below the poverty line.  This problem affects Uruguayans quite unequally.  Some families, especially single parent families, live in extreme poverty, while others are some of the wealthiest in the world.

Many children are affected by poverty.  It has been estimated that almost 300,000 suffer from economic difficulty every day.

In comparison to the neighboring Latin American countries, the health sector in Uruguay is rather good. However, access to health care for poor children remains problematic.

One of the main health problems in Uruguay affects young women.  Today there is a heated political debate regarding the legalization of abortion, which continues to divide the public. The refusal to legally recognize abortion leads to illegal abortions, which are very dangerous for the health of young women.This practice often occurs in unsanitary conditions and by people who are not always qualified. It is a serious risk and many problems occur as a result.

Additionally, the mental stability of young rape victims is put in jeopardy when they are forced to give birth to the resulting child.

The percentage of children who receive an education in Uruguay is quite high. However, this observation does not reveal all the problems that Uruguayan children encounter in school, which are numerous. For example, the national budget dedicated to education is minimal. It does not ensure a good level of education for all young Uruguayans, and particularly for those who live in poverty.

There is also a much higher dropout rate among poor children. From a young age, these children are forced to work full time to help their family in their difficult financial situation.

Studies of detention centers in Uruguay reveal serious violations of children’s rights. The conditions in these detention centers vary widely. For some, the children’s situation is relatively good, but for others, the situation is much less comfortable. They are held in unclean, often overpopulated conditions, and do not have the means to take care of their basic needs.

In addition, some allegations involve acts of torture and brutal treatment of the children. Public authorities have been found guilty of violent acts and cruelty against some minors in detention centers which is in total opposition with the CIDE principles.

Statistics show that 8% of children between the ages of 8 and 14 are employed in Uruguay. The work that they do is not very safe and in general it is very poorly paid:  garages, vending carts, begging… It has been estimated almost 20,000 children work as garbage collectors. The conditions are very bad and they present a great risk to their health.

Also, there are serious repercussions for the social development of the child workers: they are very often forced to give up school to work full time to make money and contribute to their family’s resources.

The prevalence of poverty in Uruguay results in a high number of children leaving home. They become street children, which means that they live or rather, survive, in deplorable conditions in the streets.  This is a complete violation of the principles laid out by the International Convention on the Rights of the Child (CIDE). Their education and health, as well as their right to housing are completely ignored. They do odd jobs, all very poorly paid.  Sometimes, they are forced to undertake very unhealthy and deplorable activities given their age.  Some, for example, are forced into prostitution.

Also, many children learn from their older siblings to take drugs. In the hope of forgetting their daily misery for a moment, the children take any drugs they can find. They become addicted and the terrible repercussions on their health and their life in general are undeniable. 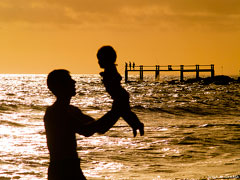 In Uruguay, abuse within the home occurs very often. For example, corporal punishment is seen as the best way to educate children.  This is a direct violation of the International Convention on the Rights of the Child (CIDE), particularly the right to protection, which is one of the universal and fundamental rights that should be guaranteed to all children. The physical and mental repercussions of these practices can be traumatic and lasting.

In addition, cases of violence against children are numerous in Uruguay. Some cases are very alarming for the welfare of the child, for example, rape within families.