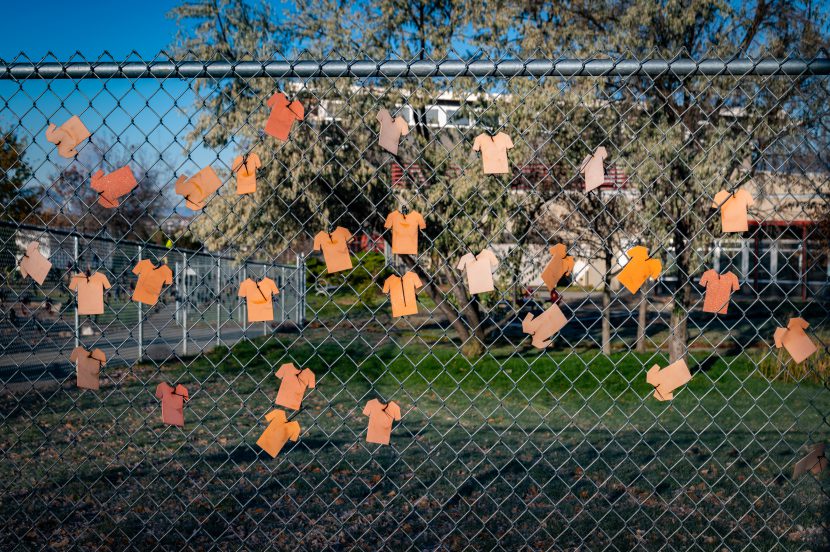 In May 2021, Canada was rocked by the discovery of an unmarked gravesite designated for over 200 indigenous children (Cecco, Michael & Voce, 2021). The burial ground, located on the premises of a former school in British Columbia, is testimony to the country’s historic segregation of indigenous children from mainstream society and the flagrant abuse of children at the hands of government-sanctioned programs.

Following the cornerstone discovery of 215 indigenous child gravesites in May, over 1,300 unmarked graves have been identified across Canada (Cecco, 2020). These sites are exclusively remnants of former government-funded residential schools and paint a harrowing picture of the country’s colonial past. The largest discovery in Saskatchewan exposed the existence of 751 unmarked graves, demonstrating both the scale of this practice and indicating that sizable further discoveries are likely to be made (BBC News, 2021).

These sites have likely existed for tens to hundreds of years; a recent discovery of 160 unmarked graves on the Kuper Island industrial school site stated that the institute served from 1890 to 1975 (Cecco, 2021). Beyond the scale of these tragic discoveries, further research suggests that some of the concealed bodies belonged to children as young as three years old (Cecco, Michael & Voce, 2021).

Canada hosts three categories of indigenous people recognised by its constitution: Inuit, Métis and First Nations. These populations inhibit different geographies of the country: Inuit communities based in the North, Métis in the Prairie Provinces and First Nations’ populations – the original inhabitants of the land – typically occupying territories south of the Arctic (Filice & Parrott, 2020). ‘First Nations’ is a term used to encompass the largest indigenous group, which included 634 communities who originally inhabited the majority of present day Canada (Cecco, Michal & Voce, 2021).

Indigenous populations were placed under strict control and faced nationwide persecution following the Indian Act of 1876. This seminal piece of legislation forced indigenous populations to inhabit designated reserves, restricting their movement and forcing families and children out of their existing homes (Cecco, Michael & Voce, 2021). Adults and children alike were further driven into institutions designed to strip them of their cultural heritage, language, identity and practices (Cecco, Michael & Voce, 2021).

In 1920, a revision to the Indian Act forced Treaty-status children aged 5-7 to attend residential schools (National Centre for Truth and Reconciliation, 2021). Over 150,000 children were sent to these oppressive institutions, designed to strip them of their youth and cultural identity (Cecco, 2020). Known for their brutality and open maltreatment of children, these schools prevented children from speaking their native tongue or practicing cultural habits (BBC News, 2021).

Residential schools were known to be overcrowded, underfunded and accepting of blatant child abuse, with little to no accountability placed on staff (National Centre for Truth and Reconciliation, 2021). Thousands of children fell victim to physical, sexual and mental abuse at the hands of residential staff, exacerbated by the fact that children were often far-removed from family. In some cases, such as for children at St. Eugene school in British Columbia, children had to travel further than 1,000km to attend these schools (Cecco, Michael & Voce, 2021).

In 2015, the Truth and Reconciliation Commission stated that a lot more than 3,200 children are likely to have died at residential schools, as that conservative estimate is based on a fraction of the schools in the country which have been investigated (Cecco, Michael & Voce, 2021). These children are likely to have died from disease, neglect and suicide (Cecco, Michael & Voce, 2021).

Indigenous rights – the road to recovery

Adopted by the United Nations General Assembly in 2007, The Declaration on the Rights of indigenous Peoples enshrines the minimum standards for the “survival, dignity and well-being” of indigenous people across the world (National Centre for Truth and Reconciliation, 2021). While not legally binding on Canada’s domestic mechanisms and frameworks, in 2016 Canada endorsed the Declaration and committed to its full implementation (Government of Canada, 2021).

In 2020, Canada introduced legislation to implement the Declaration, providing a roadmap for its implementation (Government of Canada, 2021). Among other initiatives, this has birthed projects working to: revitalise and protect indigenous languages; recover and safeguard environmental areas tied to indigenous lineage; reduce the number of indigenous children in care; and improve access to justice (Government of Canada, 2021).

These initiatives have drawn wide support from the Canadian population. Annually, on September 30th, the country embraces a national awareness campaign for indigenous rights by wearing orange shirts. On this day, established in 2013 – known as “Orange Shirt Day: Every Child Matters” – Canadians observe, promote and raise awareness on the history and legacy of the residential school system and the impact it has had on the indigenous community in Canada (University of British Columbia, 2021).

Orange Shirt Day was inspired by Phyllis Jack Webstad – a Stswecem’c Xgat’tem First Nation and a former residential school student of St Joseph’s in 1973. The significance of the orange shirt was a personal clothing item worn by Phyllis that was stripped from her during her first day at the residential school. This became a symbol of Canada’s continued progress to reconcile historical atrocities (University of British Columbia, 2021). The Canadian government has accordingly responded to calls from the Truth and Reconciliation Commission by nominating September 30th as a National Day for Truth and Reconciliation (University of British Columbia, 2021).

The importance of truth and reconciliation

Moving forward, Canada’s Truth and Reconciliation Commission continues to work towards repairing some of the damage caused by what the commission calls “a cultural genocide” (National Centre for Truth and Reconciliation, 2021). The Commission has issued 94 calls to action, drawing $28 million dollars (CAD) from the government in 2019 to support and implement national recommendations on deaths at the various residential school premises (Al Jazeera, 2021). This process is challenging, and the continued discovery of child graves raises pertinent questions about how to obtain DNA from family members and honour child graves and their remains (Cecco, 2020).

Among its actions, the Commission has provided victims (both direct and indirect) of the residential school system with the opportunity to share their experiences and raise awareness of how past atrocities continue to blight modern communities (Government of Canada, 2021). In 2007, Canada’s largest class-action settlement was initiated, in an attempt to realise mass reconciliation of past wrongdoings (Government of Canada, 2021).

The tale of Canada’s residential school victims is indicative of the inseparable links between historical child abuses and modern-day experiences. The effects of Canada’s attempted ethnic eradication of indigenous culture remain as relevant in 2021 as they were a century ago. As the country works to build bridges, the reconciliation process presents lessons worth studying across the globe.

Humanium, as a member of Child Rights Connect, the organization that drafted the UN Convention on the Rights of the Child, strongly engages in protecting vulnerable children worldwide. Humanium works for a world where children’s rights are universally and effectively respected, protected and enforced in all circumstances involving a child. You can help raise awareness on children’s issues in the world by supporting Humanium – through sponsoring a child, making a donation, becoming a member or a volunteer.

Cecco, L. (2020, July 26). “Those children could be my relatives´: Canada´s first indigenous forensic pathologist on unmarked graves”. Retrieved from The Guardian, accessed on 8 October 2021).