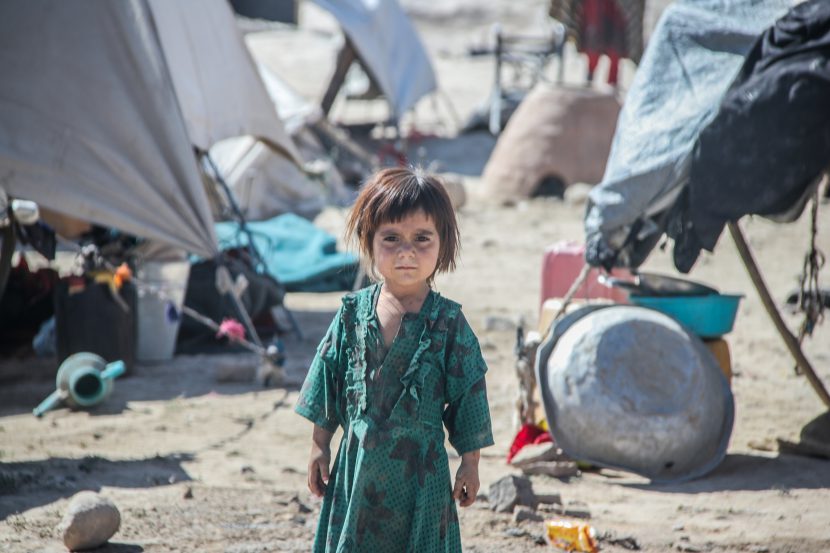 With the withdrawal of NATO troops from Afghanistan, the Taliban launched an offensive on multiple fronts to reconquer territory across the country. The Afghan army was overrun, continually losing ground, until on 15 August 2021, the Taliban conquered Kabul without significant effort. The president of Afghanistan, Ashraf Ghani, formerly given military support from the United States, left the country to avoid war (Le Parisien, 2021). The Taliban’s takeover of Kabul poses a threat to children’s rights and in particular the rights of girls in Afghanistan.

The current situation – what future do girls and women have?

According to a 2016 UNICEF report, there were almost 9 million children in education in Afghanistan, around 39% of girls (UNICEF, 2016). The treatment of women and the application of a strict interpretation of Islamic laws clearly play a role in the fear that has arisen following the Taliban’s seizure of power, and this is reflected in the internal displacements that have taken place. In recent months, more than 550,000 people have been displaced within the country.

Of the 250,000 people who have fled their homes most recently to escape Taliban oppression, almost 80% are women and children (France 24, 2021). Since the start of 2021, civilian deaths have risen in the country, and are now almost 50% higher than in previous years. Death rates for women and children in 2021 are also the highest they have been since 2009 (UNAMA, 2021).

Discrimination and violence against girls

Even before the Taliban returned to power, girls’ rights were constantly being disregarded. Girls experience sex-based discrimination across Afghanistan, particularly in Taliban-controlled areas. Corporal punishment is often recorded. There is mistrust of authorities for fear of reprisals, and as a result, abuse often goes unreported. There is significant pressure from family circles as well as pressure on government agents (Amnesty International, 2020).

As for boys, some could be recruited as child soldiers, although there are no reliable sources on this matter. According to Human Rights Watch, in 2015, almost 100 children were sent to fight for the Taliban (Ouest France, 2016).

Offering wives is also seen as a strategy to attract militants. These forced marriages are acts of sexual slavery, which is against international law as a war crime and a crime against humanity, as stipulated in article 27 of the Geneva Convention.

During Taliban rule of the country in the late 1990s, sharia law was implemented, and a very strict interpretation of Islamic law meant that public executions were carried out, as well as stoning of women accused of adultery. In 2008, the United Nations Security Council adopted resolution 1820, declaring that: “rape and other forms of sexual violence can constitute a war crime, a crime against humanity […]” (United Nations, 2009).

In July 2021, as Taliban leaders took control of several provinces, including Badakhshan and Takhar, religious figures in these areas were ordered to provide a list of girls over 15 and widows under 45 so they could be married to fighters (Vrinda Narain, 2021). According to UNICEF figures, the situation before the Taliban’s arrival in Kabul was already concerning. In 2017, 58% of Afghan women were in forced marriages, and 35% of these marriages involved girls under the age of 18 (BBC, 2018).

What long-standing rights will they lose?

The situation is particularly tragic for women who have acquired rights over time and who are in positions of responsibility, as their future is uncertain and there are many concerns for their safety. Afghan women are present in public life as doctors, schoolteachers, government workers, and lawyers and journalists (Nicole Trian). In 2014, the International Labour Organization estimated that 19% of the workforce were women.  In the same year, 25% of members of the Afghan parliament were women, for example. (Marie Claire, 2021).

The Taliban continue to state that women will maintain equal rights to those of men, in keeping with Islamic law, and as such will be able to continue to study (AP, 2021).

Many women have already lost their jobs despite the official position. Students’ futures are also under threat – what decisions will be made in future? Will their rights be respected? For example, internet access has become essential to young people. Will they be able to maintain this access? There are also optimistic voices, reminding us that even though they have been set back, the millions of educated young people will not give up the fight, and will help to educate society’s youngest if necessary (France24, 2021).

Despite this, many experts caution against taking the Taliban’s promises at face value. Many other examples indicate that it is simply rhetoric to appease the international community while simultaneously establishing and consolidating the Islamic Emirate of Afghanistan (Le Parisien, 2021).

In recent years and months, when they have taken territory, the Taliban have closed schools for girls of all ages (HRW, 2021).  In the south of Afghanistan, in Kandahar, many women who work in banks were taken home and then replaced by men from their families.

According to Nassim Majidi, a researcher and co-director at the Samuel Hall centre, women have already disappeared from public spaces, stating that the images published by the media bear this out. This step back will be extremely complicated for a country in which 70% of the population is under 30 (Marie Claire, 2021).

The Taliban’s return to power in Afghanistan is a worrying sign for the rights of children, girls and women, as well as for their future. The UN has stated that women’s rights will be a “red line” that the Taliban regime must not cross (20 minutes, 2021).  Every day, thousands of people attempt to flee by air or through neighbouring countries.

Humanium encourages you to commit to the protection of children’s rights in Afghanistan. You can help ensure that girls’ rights are respected in Afghanistan – contact your municipality or town hall to find out what actions are being taken, donate, or take part in charitable initiatives to support the enormous efforts put in place by NGOs in Afghanistan and abroad.

Narain, V. (15 août, 2021). The world must not look away as the Taliban sexually enslaves women and girls. The Conversation.