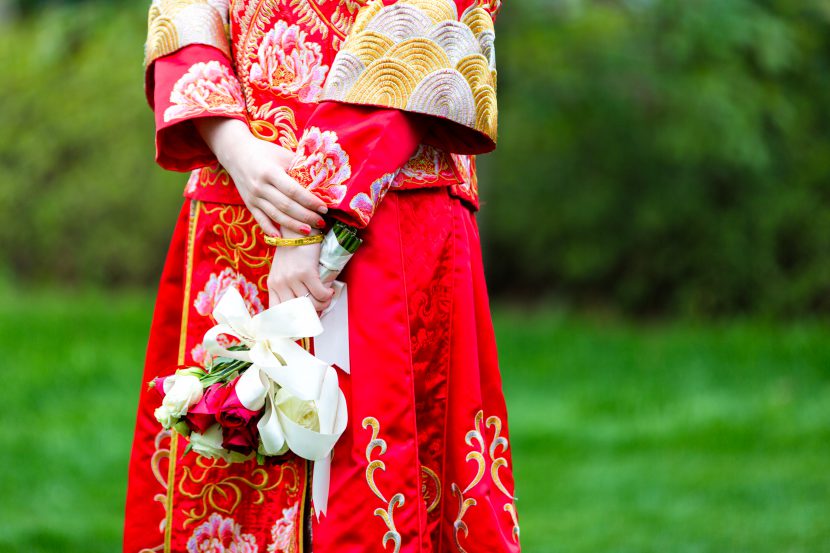 China has seen a marked increase in the trafficking of young women and girls for the purposes of marriage and sexual slavery. This trend is primarily a consequence of the longstanding one-child policy and the country’s preference for boys, which has catalysed a significant gender imbalance (Barr, 2019). As a result, young men are turning to the import of brides from neighbouring countries to satiate their marital desires.

This demand-driven trend has not gone unnoticed; the Chinese government recently unveiled a year-long campaign to slow the influx of illegally trafficked brides. However, these efforts have only reinvigorated calls to realise broader gender equality and empower women and girls.

The internationally recognised definition of human trafficking is enshrined in the Protocol to Prevent, Suppress and Punish Trafficking in Persons Especially Women and Children – the ‘Palermo Protocol’. This additional Protocol, which entered into force in 2003, supplements the broader United Nations Convention against Transnational Organized Crime (UNTOC) and defines human trafficking on the satisfaction of three criteria (Palermo Protocol, 2003):

Human trafficking disproportionately affects young women and girls, particularly for the purpose of marriage and sexual exploitation or slavery. The Convention on the Elimination of all Forms of Discrimination Against Women (CEDAW) accordingly outlaws child marriage and mandates States to take all necessary steps to define an appropriate minimum legal age for young people to marry (CEDAW Article 16, 1979).

Since 1987, and as a result of the one-child policy implemented from 1979-2015, China’s population has been in decline (Human Rights Watch, 2019). This decline has been accompanied by an increase in the gender gap among the populous, with research estimating that as many as 40 million women are “missing” from society due to the general preference for male children (Human Rights Watch, 2019).

This discrepancy has triggered a number of consequences. Women of marital age can now afford to be more selective, pushing men from poorer often rural areas in the South of the country to find new opportunities (Chhun and Hoang, 2022).

As has been seen across other countries in the region, young men are in turn seeking the support of traffickers to import brides from neighbouring states (Bar & Wang, 2022). Of particular concern is that this appears to see women in vulnerable communities disproportionately targeted, with a lot of the granular information about the trafficking process concealed by strict repression of journalism, the internet and the media throughout China (Barr & Wang, 2022).

Though information is sparse, details about the nature and prevalence of bride trafficking in China have begun to come to light. Numerous reports indicate that trafficked women and girls – for the purposes of marriage or slavery – are often misled into believing they will be provided with jobs and employment opportunities (Human Rights Watch, 2019).

Women are co-opted into trafficking schemes by people they know and trust. Once they have been taken out of their home country, these women are left vulnerable with no money, a significant language barrier and no local knowledge to inform their decisions (Human Rights Watch, 2018).

Young men driving the trafficking phenomenon are reportedly more interested in having a baby with a wife than marriage itself, causing trafficked brides to be cast aside following childbirth and mistreated up to that point(Human Rights Watch, 2019). There is a strong overlap between trafficking for the purpose of marriage and sexual exploitation, placing women at risk of rape, among other heinous abuses.

The majority of bride trafficking victims in China come from poor ethnic and religious minority communities, with the exception of North Korean victims fleeing oppressive rule (Barr, 2019). The low-standing position of these victims in their societies makes it easier for China to perceive the issue as a low priority, and diplomatic tensions between China and the wider region mean that neighbouring countries are reluctant to get involved (Barr, 2019).

Despite this, China’s growing global presence and notoriety tied to its landmark Belt and Road Initiative (BRI) has forced the country to face louder criticism over its failure to curtail human trafficking inflows (Barr, 2019). Bride trafficking from Myanmar to China appears to be especially prevalent, despite the limited evidence base on the issue. The Myanmar Human Rights Commission estimates that over 200 women were trafficked to China in 2017, with a further ~100 victims returning to Myanmar from China each year as part of social welfare assistance schemes (Human Rights Watch, 2019).

This likely represents a minuscule portion of the overall volume of trafficking flows between the two countries, considering the weak reporting mechanisms and clandestine nature of the crime-type (Human Rights Watch, 2019). Victims have been connected to the displacement of over 100,000 people caused by the conflict between two rival groups, the Kachin Independence Army (KIA) and the Kachin Independence Organisation (KIO), which has increased since 2011 (Human Rights Watch, 2019).

Blockages in humanitarian aid to affected regions in Myanmar, perceived as rebel strongholds, showcase the ways in which trafficking source countries can be a part of the problem (Human Rights Watch, 2019). In conflict-affected Northern parts of the country, families receive up to two cups of rice per day and six dollars to cover further expenses (Human Rights Watch, 2019).

These conditions, paired with limited employment opportunities make it difficult for women who are often family breadwinners while their husbands take part in the armed conflict (Human Rights Watch, 2019). Traffickers exploit this desperation, and the absence of law enforcement or wider government support allows women to be lured in by the promise of greater wealth in China (Human Rights Watch, 2019).

Trafficking of poorer, vulnerable women from Cambodia to China as part of arranged marriages has also seen a surge since 2016, with a notable spike identified at the beginning of 2020 (Chhun& Hoang, 2022). Victims are predominantly recruited by Cambodian women from the same communities and villages as them, and fed stories of successful arranged marriages to Chinese men before being subsumed by trafficking networks and subjected to remote and abusive environments (Chun & Hoang, 2022). The Secretary of State of the Cambodian Ministry of Interior noted a spike in women trafficked to China during the pandemic, while borders were closed (Chhun& Hoang, 2022).

In addition to trafficking from Southeast Asia, countries in central Asia such as Pakistan are seeing a rise in the trafficking of women to China as the country establishes firm roots across the globe (Barr, 2019). In 2019, prominent media sources revealed that Pakistani women were being lured into fraudulent marriages with Chinese men under the umbrella of the China-Pakistani Economic Corridor (Afzal, 2022).

Following investigations, and noting the reports of abuse, forced pregnancy, lucrative financial offers (circa $5,000) and prostitution, Pakistan’s Federal Investigation Agency charged 52 Chinese traffickers (Afzal, 2022). Though over half of the accused were acquitted – and the others were given bail – the global revelation evidences the closed ties between China’s economic expansion and criminal convergence.

In addition to the deficiencies of national and regional protection mechanisms and authorities, sociocultural factors continue to impede efforts to better protect women and girls from trafficking. In Myanmar, the Kachin population frequently targeted by traffickers is already subject to national discrimination and exclusion (Human Rights Watch, 2019). Whether inhabitants of these areas are directly associated with the KIA opposition party or not, this connection is presumed.

In recent years a few trafficking victims who were able to escape received support from the Chinese police, but this strategy carried risk as some women were jailed for immigration violations rather than treated as victims of a crime (Human Rights Watch, 2019). Despite this trauma, returning victims received no support in Myanmar and the limited instances of repatriation did not yield better life circumstances (Human Rights Watch, 2019).

Cultural stigmas and perceptions also played a crucial role in souring the relationship between Pakistan and India. Given the importance of honour within Pakistani, and especially Islamic-Pakistani, communities, the abuse of traditional arranged marriage processes deeply offended the country’s hierarchy (Afzal, 2022).

Familial consent was used to enable abuse, sexual violence, prostitution and other atrocities surrounding forced marriage (Afzal, 2022). The country’s population perceived this as a huge failing on the part of the government to protect the honour of its women, driving Chinese actors to target marginalised Christian communities away from the national majority (Afzal, 2022).

The intersectionality of China’s bride trafficking problem requires a multidimensional response, not least because the harms of the practice span well beyond China’s borders. Bride trafficking is a byproduct of gender inequality and a crime type which prevents the “full development and advancement” of women and girls, and their fundamental freedoms.

China has begun to take steps to deter traffickers: in 2018 the country stated it had rescued over 1,000 victims from Southeast Asia and arrested over 1,300 suspects, of whom 262 were foreigners (Barr, 2019). Much of this success was drawn from collaboration with foreign authorities, hinting at the desperate need for transnational collaboration.The necessary next steps can be broken down by actors:

International donors and philanthropic organisations should:

At present, there is little to deter traffickers from profiting on regional vulnerability, and equally few reasons for trafficking victims to resist the appeal of risky promises.

Humanium, as an international actor, strongly condemns sex trafficking and any other kind of violation of children’s rights and dignity, and it advocates for raising awareness of this issue in order to prevent reiterations. We are working to create a world where children can realise their full rights by raising awareness of such issues and working with local NGOs to create a change. If you want to contribute to our cause, consider making a donation, volunteering or becoming a member.

Human Rights Watch. (2019, March 21). “Give us a baby and we’ll let you go. Trafficking of Kachin ‘brides’ from Myanmar to China.” Retrieved from Human Rights Watch, accessed 27 September 2022.