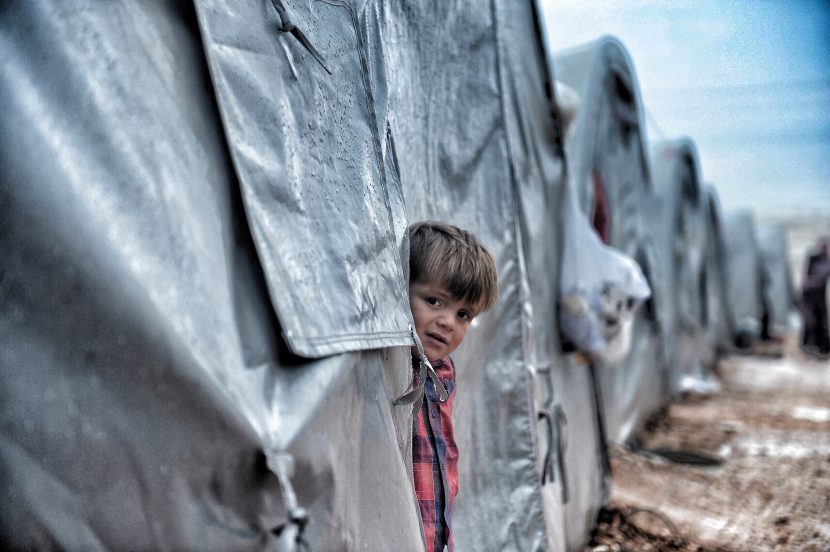 For over a decade, Syria has been marred by civil war. This conflict – overwhelmingly tied to territorial battles between supporters of President Al-Assad, opposing rebels and Islamic State (ISIS) actors – has had debilitating effects on the lives of vulnerable children who are the offspring of foreign ISIS fighters.

Specifically, in 2019, the U.S.-backed Syrian Democratic Forces (SDF) rounded up the families of over 60,000 family members of suspected IS militants (Human Rights Watch, 2021). The following decision of the United States of America (U.S.) to withdraw their troops from Northern Syria in the same year birthed a power vacuum, and has left tens of thousands of these family members trapped in heavily guarded holding camps (Human Rights Watch, 2021).

The facts on the ground

Since the start of the Syrian war in 2011, there has been an increase in foreign nationals migrating to Syria to join ISIS and support its cause. In 2019, 60,000 family members of foreign ISIS fighters were captured and detained by SDF, including 8,000 children and 4,000 women from around 60 countries (Tayler & Huyghe, 2021). A further 2,000 men and boys are being held in cruel and inhumane ad-hoc prisons, with scholars fearing they may be subjected to torture in the near future (Tayler & Huyghe, 2021).

Within the assigned family camps of al-Hoj and Roj, various organizations claim that over 90% of children are under 12 (Human Rights Watch, 2021). While reports point to relative freedom for Syrian and Iraqi individuals to leave and return to the nominated camps, foreign (to the region) ISIS family members appear to be facing contrasting circumstances with heavily restricted freedoms and widely reported human rights violations (Human Rights Watch, 2021). This maltreatment has been met with global calls to repatriate foreign nationals trapped in holding camps to protect them from further harm.

“Foreign children in displacement camps in North East Syria are living through the hardest conditions imaginable; those who get sick are unlikely to receive treatment. They don’t have access to clean water or adequate food. Recent examples of violence and fears of a mass COVID-19 outbreak only add to their suffering.”

More recent research from Save the Children suggests that nearly 30,000 foreign children are awaiting repatriation while emerging footage highlights the unsanitary and life-threatening nature of their living environments (Save the Children, 2021). Broadly, the holding camps lack adequate funding and basic necessities which, combined with significant overcrowding, endangers all of their inhabitants (Epure & Yavan, 2021).

Exposure to these conditions is likely to have lasting psychological and physical effects on children’s well-being, particularly given reports of sexual violence, exploitation, harassment, trafficking and ISIS indoctrination in the camps (Epure & Yavan, 2021). Young girls are particularly vulnerable to abuse and sexual abuse, necessitating gender-specific support (Schennah, 2020).

The right to return is enshrined in all of the main international human rights instruments including under Article 10(1) of the Convention on the Rights of the Child, Article 12(1) of the International Covenant on Civil and Political Rights (ICCPR), Article 33 of the Refugee Convention of 1951, United Nations General Assembly Resolution 194 of 1948 and Article 13(2) of the Universal Declaration of Human Rights (UDHR).

The substance of the right is best defined under Article 13(2) of the UDHR which states that “everyone has the right to leave any country, including his own, and return to his own country”. As described by Human Rights Watch, the right infers that states have a responsibility to take all reasonable steps to protect their citizens abroad from human rights violations (Human Rights Watch, 2021).

The right of return is an inalienable and binding universal right, applying equally to men, women and children and preventing the arbitrary deprivation of one’s liberty (Sayej, 2018). This definition extends to newborn children, forcing states to ensure everyone has the right to nationality and guarding against statelessness (Human Rights Watch, 2021).

Despite its importance, the right to remain is not absolute which means derogations are permitted by law. However the indefinite detention of foreign ISIS fighters’ family members without trial is unlawful (Human Rights Watch, 2021). By punishing family members – who are not being accused or investigated for any wrongdoing – for their relatives’ crimes, the detention endorses guilt by association and collective punishment, two principles prohibited under international law.

“Children have a right to a nationality and identity and must not remain stateless. The repatriation of foreign children should be prioritised “with the best interest of the child”, and they must be assisted in reintegrating and getting an education, healthcare and jobs.”

Specifically related to children, the binding United Nations (UN) Security Council Resolution 2396 of 2017 calls on all states to aid and support women and children associated with terrorist groups (Human Rights Watch, 2021). The resolution calls for rehabilitative and reintegrative support and stresses the risks faced by family members of terrorist actors as victims of terrorism.

What are states doing?

Despite international obligations and legal responsibilities, countries across the globe are demonstrating reluctance towards expatriating their citizens from Syria. To date, 28 countries have repatriated or supported the return of foreign citizens, however, this obscures that Western Europe, Canada and Australia have brought back very few (Tayler & Huyghe, 2021). Despite calls for repatriation from the United Nations Secretary-General, some countries are actively working to block potential returnees (Tayler & Huyghe, 2021). The United Kingdom and U.S.-led coalition against ISIS is working to construct prisons and rehabilitation centres to house perpetrators and their family members, a powerful symbol of their intentions (Tayler & Huyghe, 2021).

Resistance to repatriation from countries in the West is not a new phenomenon. In 2019, several states contested the UN’s insertion of “repatriation” in its list of key principles related to terrorist organisations (Tayler & Huyghe, 2021). This pushback is emblematic of states’ desire to maintain autonomous decision-making authority over whom they choose to repatriate, tacitly encouraging discrimination in repatriation claims. Despite this, the UN has doubled down on its position in 2021, reinforcing the “urgent” importance of repatriating nationals from Syrian camps (Aljazeera, 2021).

Without strict adherence to international laws, many European countries continue to obstruct the return of their citizens from Syria with widespread variations. Belgium has specifically pushed to ensure young children are able to return (BBC, 2021). Russia and Kazakhstan have taken this one step further, repatriating almost 1,000 children and their family members (Aljazeera, 2021). However, while countries such as Germany and Finland have repatriated some mothers and children, others including Canada, the United Kingdom and France have allowed children to return without their mothers – blatantly violating international principles of family unity (Aljazeera, 2021).

“Under national, European, and international human rights law, children are entitled to special protection and states have a legal obligation to ensure that the child’s best interests are a primary consideration when handling situations that affect them. Given the squalid conditions in the camps in northeast Syria, continued detention in the camps is not in the best interest of a child by any standard of the law.”

Overarchingly, 85% of all international repatriations from Syria are accounted for by Kazakhstan, Kosovo, Russia, speaking to the fact that only 25 of 60 countries have made efforts to repatriate their citizens (Human Rights Watch, 2021).

Ways forward and the best interests of the child

On the ground, local and international organisations must work to monitor camp activities, improve conditions and provide medical and rehabilitative support to those in need (Human Rights Watch, 2021). Particularly in the wake of COVID-19 – which adds further risk to unsanitary camp environments and has slowed global repatriation rates – camp detainees require greater support to protect them against the pandemic’s effects (Human Rights Watch, 2021).

At the strategic level, 2021 brings the finalisation of the global counter-terrorism strategy which must be used as a platform to reinforce state obligations towards repatriation and, crucially, the protection of fundamental human rights and freedoms (Tayler & Huyghe, 2021).

Most importantly, all interventions must be mindful of the United Nations Convention on the Rights of the Child (UNCRC) and the need to protect the best interests of all children. Annexing children from their parents violates their right to family life under the European Convention on Human Rights (ECHR) and arbitrarily detaining them infringes Article 6 of the UNCRC. If children are not rescued from their current environs, we risk rendering them stateless and without nationality (Aljazeera, 2021).

Liefaard, T., & Bosman-Sandelowsky, C. (2020, December 16). “Children trapped in camps in Syria, Iraq and Turkey: reflections on jurisdiction and state obligations under the United Nations Convention on the Rights of the Child.” Nordic Journal of Human Rights. Vol 38 (2), pp. 141-158., accessed on 17 September 2021.

Save the Children. (2021, February 1). “Repatriation of foreign children in Syria slowed by COVID-19, as new footage emerges of life in camps.”, accessed on 15 September 2021.

United Nations Committee on the Rights of the Child. (2012, February 2012). “Consideration of reports submitted by States parties under Article 44 of the Convention: Concluding observations of the Syrian Arab Republic.” Fifty-eighth session, CRC/C/SYR/CO/3-4, accessed on 20 September 2021.